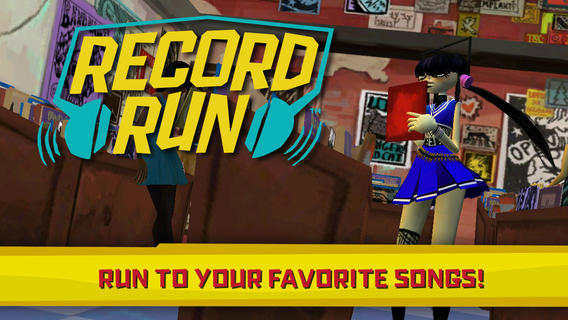 Hyper-production of castle defense games aside, endless runners have got to be one of the most exploited game genres in the App Store, so why should you care about yet another endless runner hitting your iPhone and iPad?

Because Record Run from Harmonix, a free download, takes the concept to the next level by applying the endless running mechanics to side-scrolling action, spicing it all up with a nice dose of rhythm-based approach.

The resulting game is that in which you must time your moves carefully to the beat of the soundtrack. It’s much more fun than it sounds on paper and I have a video right after the jump to prove it…

The game intelligently analyzes a chosen track to figure out the rhythm and then creates levels around the beat. Record Run employs swiping to dodge and duck. As a bonus, you get rewarded for dodging obstacles as close as possible. 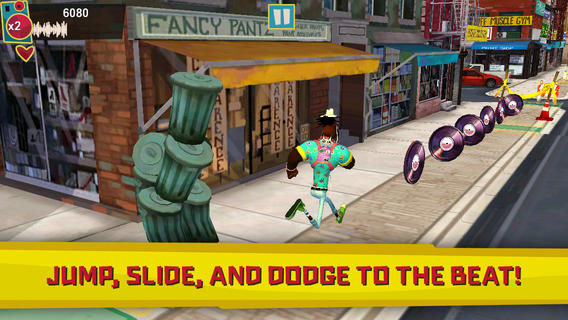 There are a bunch of a fun characters to choose from, as well as the usual assortment of unlockable Game Center achievements and upgrades. As playing alone gets old fast, Record Run features an interesting asynchronous song battles against other players online. 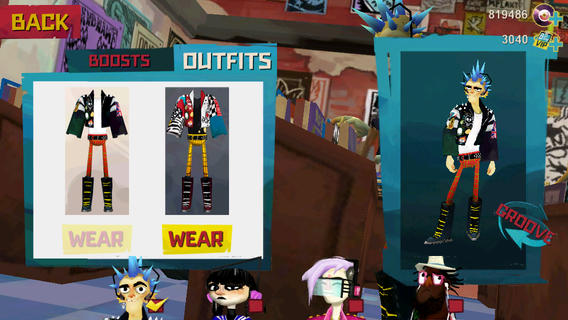 Users select songs from the music library on their device and run through levels along with their music that are created on the spot by all new Harmonix magic. Unlock content and currency through a series of exciting “missions” that track your progress and transform the city into an amazing “Groove World”.

If you’ll be running along to your own music, note that the game supports most audio formats except for copy-protected .m4p files previously sold in the iTunes Store. Streaming music services like Spotify are currently unsupported.

iTunes Match songs must first be downloaded using the stock Music app as the game requires songs to be stored locally on your device.

Yes, it’s free to import your own songs. The game soft-launched in the New Zealand, Australian and Canadian App Stores on April 29, 2014. 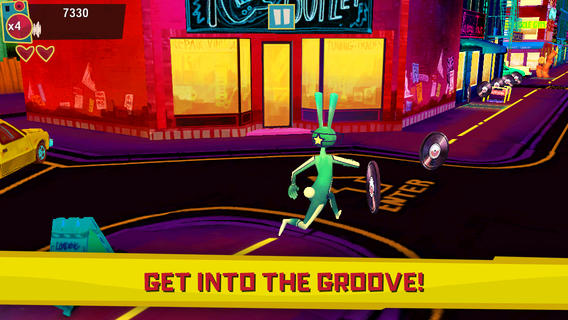 An iPhone, iPod touch or iPad running iOS 6.0 or later is needed. The fourth-generation iPod touch is not supported.

It’s a freemium release so there are optional In-App Purchases to acquire non-essential items that help boost your score and your character’s abilities.

Will you be giving Record Run a whirl this weekend?