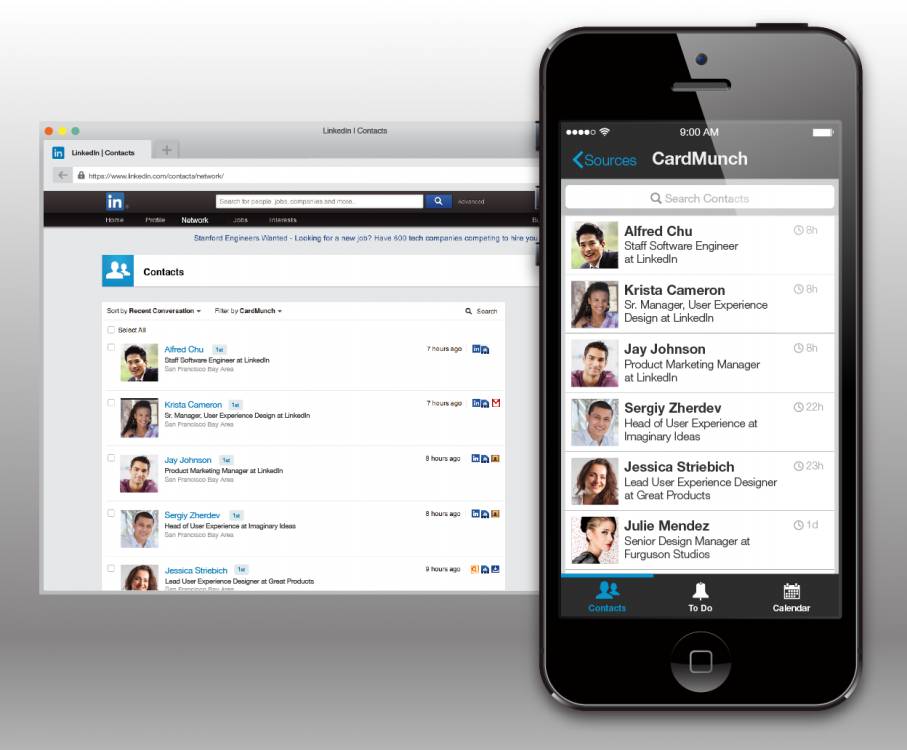 LinkedIn, the world’s top social network for professionals, is retiring its standalone iPhone business card reader app CardMunch it released back in November 2011. As it fell on deaf ears with consumers, CardMunch has been phased out in favor of LinkedIn’s newly announced partnership with the note-taking and productivity giant Evernote…

According to LinkedIn, people should instead use Evernote’s competing biz card-scanning service because it’s faster, more reliable and “literally world-clas”, with support for seven languages.

Wow, that’s a heck of a product endorsement.

LinkedIn is advising its members to scan a business card using Evernote’s mobile app and then “directly connect with this contact on LinkedIn to maintain the new relationship.”

In Evernote, our members will be able to view profile photos, job titles and company information from LinkedIn right in the notes created when they scan business cards.

LinkedIn members will now also be able to enter comments related to the scanned card and geo-tag the location where the card was scanned.

LinkedIn obtained CardMunch after acquiring its developer in January 2011. At the time of this writing, the CardMunch app was nowhere to be seen in the App Store.

If you’ve previously download CardMunch and are using it, the service will stop functioning on July 11, 2014. As a nice bound, those who transfer their scanned cards from CardMunch into Evernote will be treated to two free years of Evernote’s premium business card scanning service.

In addition, “LinkedIn members who do not use CardMunch will receive free Evernote business card scanning for one year if they connect their LinkedIn account with Evernote,” explains the firm. 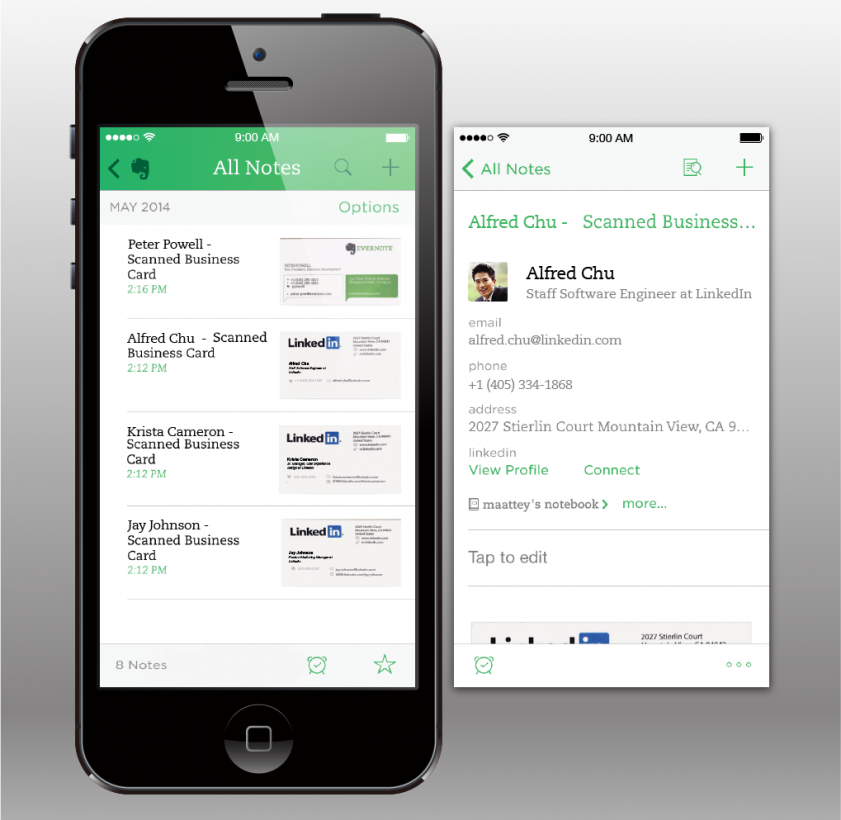 LinkedIn also has a standalone contacts app for iOS.

Released in April 2013, the app simply named Contacts is hailed as a smarter way to stay in touch with your most important relationships.

It does so by aggregating all your contacts from Google, Yahoo, Microsoft and other address books in one place while integrating with your existing email accounts and calendars.

Although LinkedIn did not say what will happen to CardMunch items in Contacts come July 11, it’s fairly safe to assume that all data will simply disappear from servers after the cut-off date.

CardMunch is available free in the App Store.

You may also want to check out iDownloadBlog’s list of the best business card apps for your iPhone from 2012.