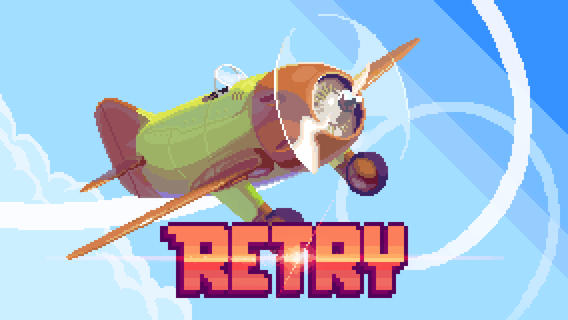 Realizing it’s been high time to think beyond bird-slinging – and not being content with independent developers like Nguyen stealing its thunder – Finish mobile games maker Rovio has reckoned to branch out into this territory with a brand new iOS game, Retry.

Unlike Nguyen’s game that has you controlling a bird, Retry challenges you to guide a loop-de-loop plane through a bunch of levels without crashing into anything. Now, the suggestive name could have you thinking that Retry has been designed to bank on the Flappy Bird success, but you’d be making a mistake to dismiss it as a blatant Flappy Bird rip-off.

Created by the guys “sitting in the room next to the guys who made Angry Birds”, the old-school Retry is apparently so hard and addictive that you’ll think “you’ve stepped into an 8-bit time machine and gone back to 1986”.

A freemium release with optional in-app purchases, Retry is available early on the iPhone and iPad to players in Finland, Canada and Poland. The game should launch in other markets sooner than later so keep your eyes peeled. In the meantime, go past the jump to check out the in-game video and a few screenshots…

PocketGamer.biz explains that Retry is being released by Rovio’s new experimental publishing arm called Rovio LVL 11 for those internal games that don’t quite fit the overall Rovio brand. 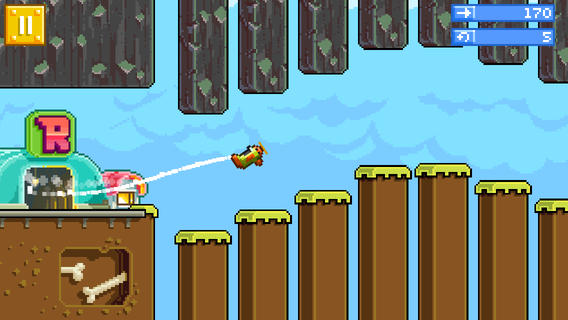 For the completeness sake, Rovio also has another publishing label called Rovio Stars that focuses on games from independent publishers.

More information about Retry is available at the official website.

Soft-launching is a mobile games industry practice of releasing games in a limited fashion into select markets. Then, after all of the kinks have been worked out, the publisher releases the game globally. 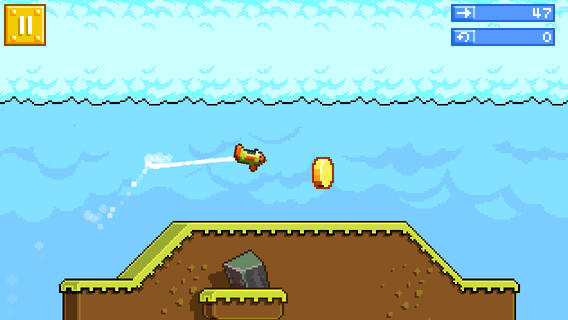 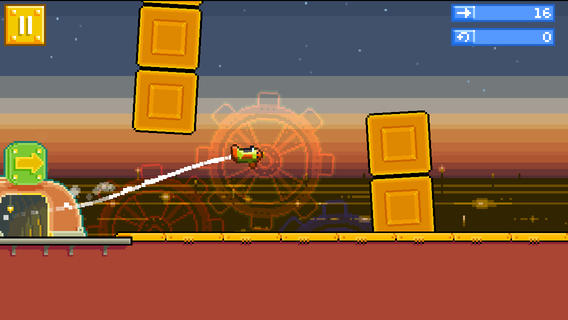 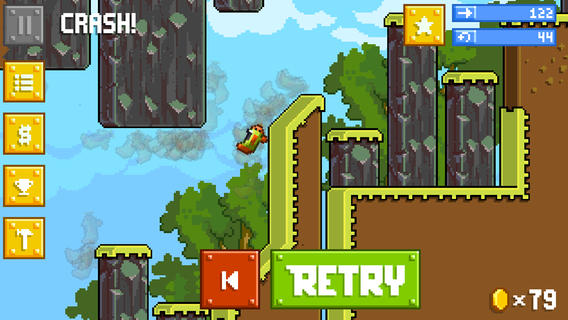 Soft-launching is a must for games that include a server component (most titles today do) as developers can gauge server load to adjust the settings accordingly before everyone jumps in on the action.

You can download Retry now from the Polish, Finish and Canadian App Store.

A Rovio spokesperson couldn’t tell The Next Web when the game will be ready for a global launch, though it’s presumably coming sooner than later.

After Rovio revealed a large drop in profits in its most recent earnings release, the company needs to come up with the next big hit now that the endless variations of Angry Birds games appear to have run their course.

What do you think about Retry?

Can it compete with Flappy Bird or will it crash spectacularly?