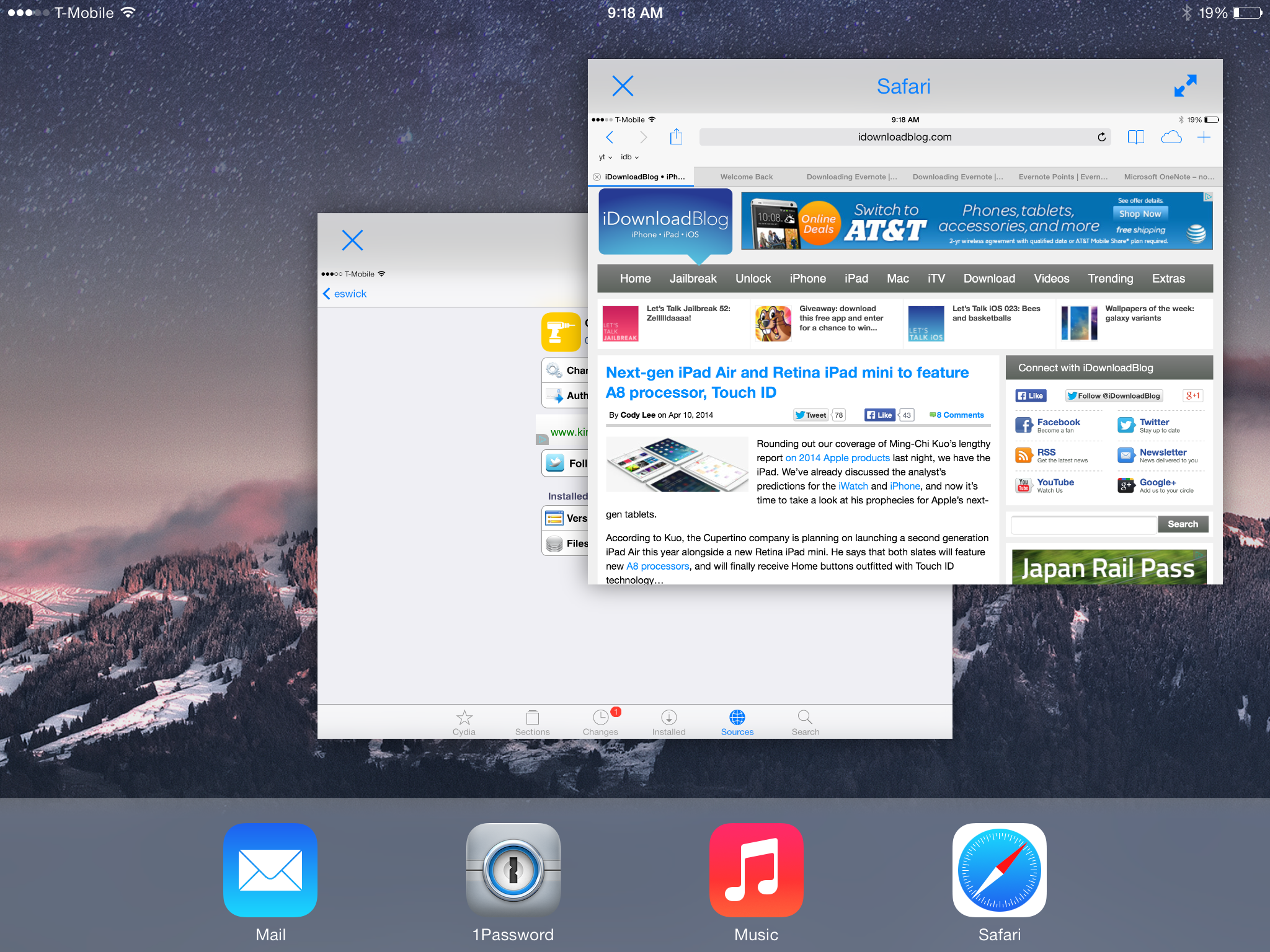 OS Experience, the jailbreak tweak that brings desktop multitasking feel to the iPad, is now available for download on Cydia. We previewed the tweak a few weeks ago, and were pretty impressed by the ambition behind the tweak.

With OS Experience installed, you can interface with multiple applications side-by-side at the same time. It’s a huge departure from the norm that is stock iOS, as it feels similar to OS X’s Mission Control feature. If you want to give it a try, head over to Cydia right now to download it for $9.99. Be sure to check out our hands-on video after the break.

The most impressive thing about OS Experience, in my opinion, is that it lends the ability to move applications between desktops, just like on OS X. That being said, I’m interested to see if users will find themselves being more productive when compared to stock iOS.

From a technical standpoint, OS Experience is one of the most impressive tweaks that I’ve ever seen. It will probably blow away your non-jailbreak friends when you show it off to them.

However, I just can’t help but to feel that OS Experience might add more complexity to iOS on the iPad. One of the best parts of iOS is how simple it is. You open apps, close apps, and switch apps—that’s it. OS Experience brings a whole new layer of complexity to the table, and I’m not so sure that’s a good thing.