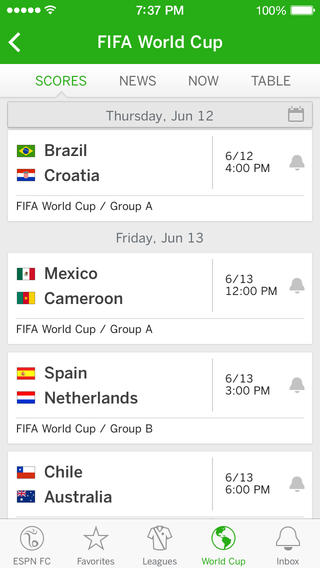 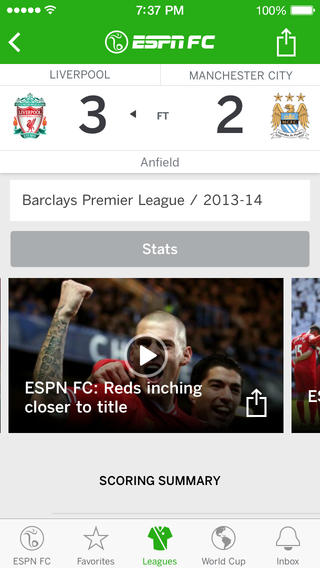 If you’re looking to follow the 2014 Soccer World Cup on your iPhone, there’s now an app for that. The U.S.-based global cable and satellite television channel, ESPN, has released an iPhone application called ESPN FC Soccer & World Cup that wants to be your one-stop shop for everything related to the upcoming games.

Available free in the App Store, it allows soccer fans to follow full-time and exclusive in-game highlights, breaking news and analysis, as well as ESPN’s comprehensive coverage of all the major club leagues with videos, highlights, news, opinion and personalized reports…

For those wondering, the 2014 FIFA World Cup takes place in Brazil from June 12 through July 13. Note that ESPN is the exclusive FIFA Official U.S. Broadcaster.

Due to licensing reasons, geographic restrictions apply so some videos are U.S.-only. ESPN warns you should make sure to accept location services upon initial launch in order to receive all the videos available for your country. 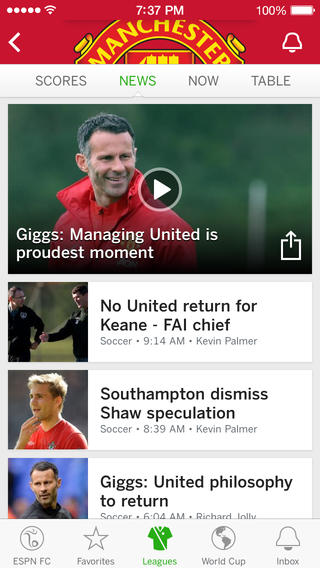 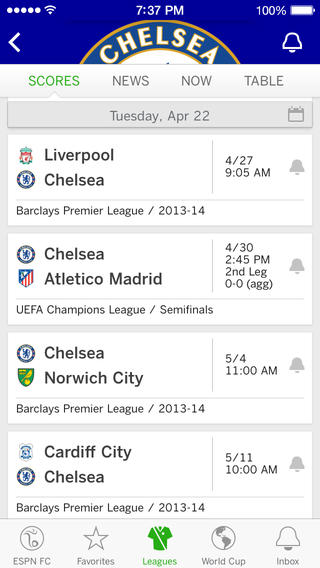 The 17.2MB download requires iOS 7.0+ and runs natively on the iPhone and iPod touch.