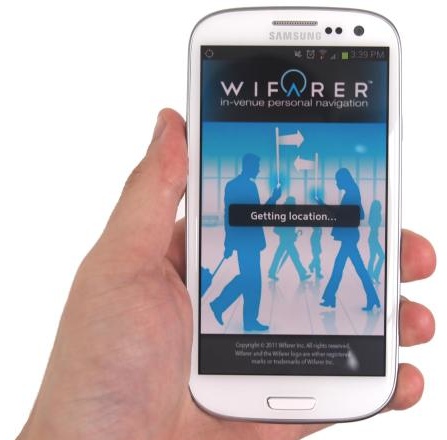 According to an exclusive TechCrunch report Thursday, Philip Stanger, the CEO and co-founder of indoor positioning startup Wifarer, has joined Apple’s Maps team ahead of the anticipated push to improve the company’s in-house mapping software in time for the assumed launch of iOS 8 this Fall.

He’s now with the Apple Maps team in a “leadership role,” the publication has learned though the report cautions that Apple did not acquire the startup as some sources have speculated.

Wifarer, which is available as an iOS and Android app, features dynamic real-time indoor positioning to help people navigate malls, museums and other venues. Apple of course has its own micro-location indoor positioning system in the form of iBeacons.

Watchers have speculated that these micro-transmitters installed in shopping malls, retail stores, airports and elsewhere could also be used to collect data to improve Apple Maps and Stanger’s hiring certainly seems to point in that direction…

Here’s a demo of Wifarer’s technology.

TechCrunch received tips hinting that Wifarer could be yet another indoor positioning acquisition for Apple, which is still trying to catch up to Google in this space.

But as it turns out, Wifarer is not shutting down. At least not yet.

In fact, promises the new CEO Lise Murphy, it is “poised to introduce some exciting new IPS [indoor positioning system] solutions for both iOS and Android. These new solutions will offer class leading levels of accuracy and consistency not previously seen in current IPS solutions,” she says.

They’re also developing new tools to simplify the adoption of IPS in existing iOS or Android apps. This is what Wifarer’s iPhone app, released in December 2013, looks like. 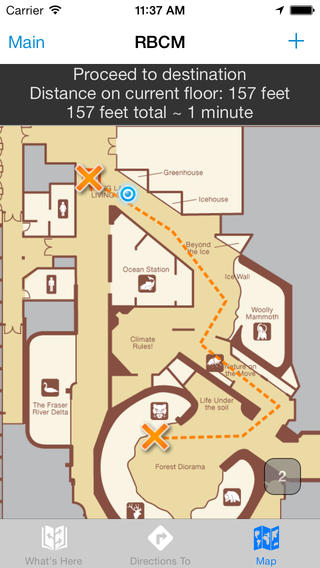 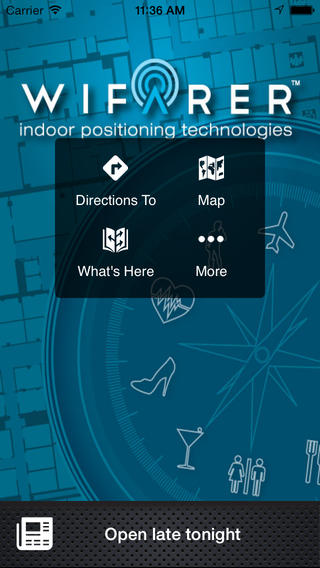 Wifarer for iPhone is available free in the App Store.

On the other hand, as evidenced on the engineer’s LinkedIn profile, the hiring is rather odd as he previously worked at the BBC and Paramount Pictures, where he received his undergraduate and graduate degrees in music. Also, this isn’t a technology hire because Wifarer’s location-related patents are currently pending.

Apple probably has no interest in Wifarer because it recently bought another indoor positioning startup, WiFiSLAM, for the reported $20 million.

In addition to improving the overall accuracy of Apple Maps, indoor positioning services could be used for one of the possible enhancements said to be in store for Apple Maps in iOS 8: a car-finding feature, according to reliable blogger Mark Gurman.

Indeed, Apple’s patent filings have detailed such feature and it’s fairly safe to assume that iBeacons and data from indoor positioning services like WiFiSLAM could be used to help pinpoint your car in public parking lots.