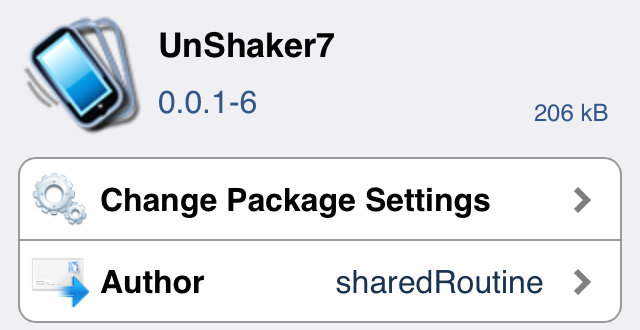 Unshaker7 is a new jailbreak tweak that was created to allow iOS 7 users to unlock their iPhones using a shake gesture. Although that’s the intention of the tweak, the execution of the idea didn’t exactly go as planned.

The tweak is extremely simple, and only contains a few options to configure, but it’s flawed. Have look inside at our video walkthrough to see what I mean.

The big flaw with Unshaker7 is that the shaking really serves no purpose. I say this because if your device has a passcode enabled, shaking will only take you to the passcode screen. You’ll then have to enter your passcode to unlock. What’s the point of shaking if you have to do that?

If you go into the tweak’s settings and enable the bypass passcode toggle, it completely removes the passcode, so even a swipe to unlock on your Lock screen will unlock the device. This setting should have made it so that only a shake gesture would unlock your device without a passcode, not a normal swipe to unlock as well. 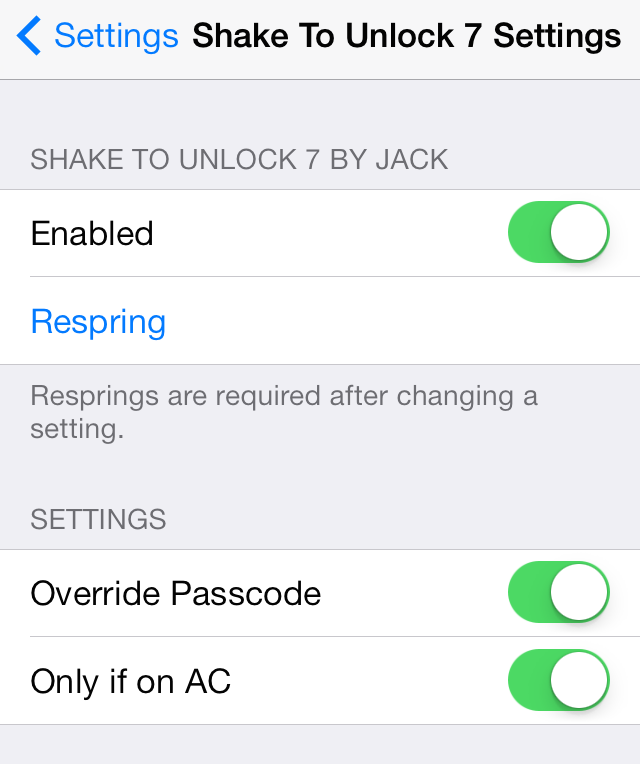 The last setting in Unshaker7’s preferences is a toggle to make the shake gestures only work while your device is plugged in to a power source. Again, this is rendered pretty much useless by the fact that the other areas of the tweak don’t work, or that your passcode is compromised by the bypass passcode option.

Unshaker7 is a good idea, but the execution leaves a lot to be desired. As such, you’re bound to be frustrated by a tweak that doesn’t perform as one would expect. I’d say avoid Unshaker7 completely until the developer can update it with useful functionality. I tried this tweak on both my iPhone and my iPod touch, and the results were the same.

What do you think? Sound off down below with your comments.