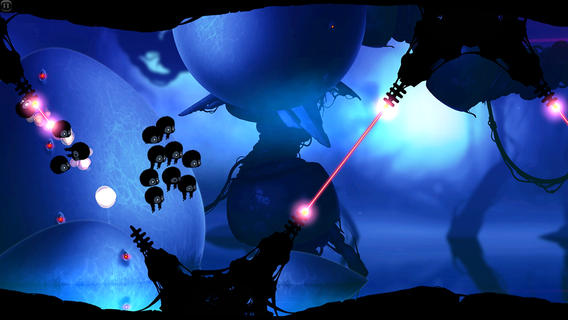 Badland, one of the best mobile games out there, has been updated today with a set of thirty brand new ‘Doomsday’ levels, but with a twist. Breaking away from the common practice of updating Badland with new content offered free of charge to those who’ve previously purchased the game, its two-person development team has decided to provide the new levels on a paid basis as it explores fair new monetization models.

This also marks the first time this iPhone and iPad game has offered in-app purchases. Badland is available for $3.99 in the App Store, with the Doomsday level pack available on a try-before-buy basis as a one-time $0.99 in-app purchase…

Again, you can play a few new levels before committing to a purchase. This is how in-app purchases should be implemented and I wish other games developers embraced the practice instead of churning out freemium titles that constantly ask for cash.

For those unfamiliar with it, Badland is an atmospheric sidescrolling platformer taking place in a beautifully rendered fairytale forest full of eerie creatures, mechanical traps and various other obstacles.

Here’s a trailer for the ‘Doomsday’ update.

The game looks gorgeous, is innovative and addictive and controllable using the simplest touch controls you could imagine – you only need to tap on the screen to control your character. 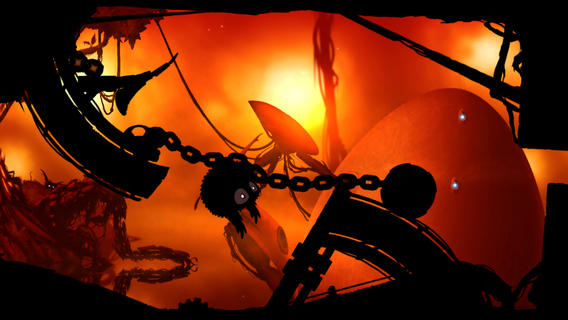 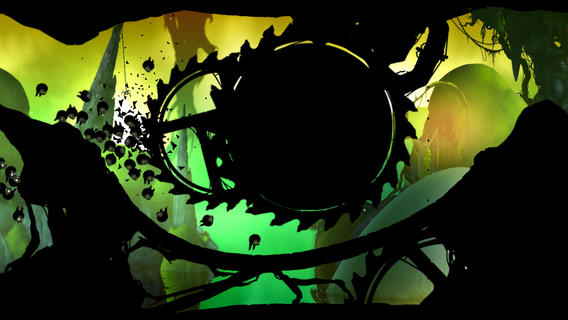 Key features in this update include:

The App Store iPad Game of the Year 2013, the winner of the 2013 Apple Design Award and Apple Editors’ choice around the world, Badland is the #1 game in 83 countries and has more than ten million players.

If so successful, why charge for a level pack then?

According to Frogmind, founded in 2012 by two developers from Trials developer RedLynx, they’re seeing some issues with sales dropping from the initial 100,000 downloads at launch down to 1,000 downloads per day, and eventually less, just a week later.

“Now we faced this problem,” says CEO/coder Johannes Vourinen at his GDC session. “We only had a plan to make the game, and nothing else.” So they had three options – keep working on the current game, with updates, or they could develop a sequel, or a new game.

So they went through a plan for monthly updates, which gave them download and purchase spikes. This was mostly from new featurings in the App Store, “and also existing players returned to play again and they probably talked to their friends,” he said.

Because it contained no in-app purchases, Badland did not see a surge in downloads after participating in Apple’s Free App of the Week promo.

We went from basically zero sales, to 2 million, then back down to zero. It had almost no effect on paid downloads after that. I know there are a lot of free app of the week apps that tell you there’s a big effect after the free week campaign, but at least for us, this didn’t seem to happen.”

“We had no in app purchases, so being free actually wound up being free.” What it did give them was exposure for the game. “We got so many new opportunities to explore,” he said. So they started porting the game to other devices, from Blackberry to the Android store.

Free on all other platforms but iOS, Badland is currently earning about 63 percent of its total revenue from paid iOS downloads, with Google Play bringing in about 35 percent from advertising.

Badland is $3.99 in the App Store and the ‘Doomsday’ level pack is an additional $0.99 in-app purchase. The 163MB download requires an iPhone, iPod touch or iPad running iOS 5.1.1 or later.