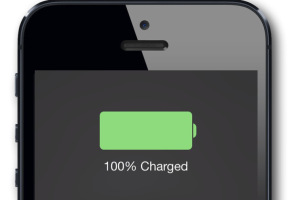 In addition to Touch ID enhancements and bug fixes, it looks like iOS 7.1.1 also brings about battery life improvements. Several users are reporting seeing markedly-improved battery life since installing the update, which Apple seeded to the public on Tuesday.

ZDNet’s Adrian Kingsley-Hughes says that battery performance on his iPhone 5 dropped significantly following last month’s iOS 7.1 release. But since updating to 7.1.1, Hughes says that it’s gone back up to just as good, if not better, than it was when he first got it…

Here’s more from the ZDNet report:

However, following iOS 7.1, I started seeing the battery drop to around 48 percent per six hours of use, which was a significant and very noticeable level of degradation. […]

Then came iOS 7.1.1. Following this update I’ve noticed that things have improved dramatically, and now battery life is only falling to around 76 percent per six hours of average use, which is better than what I was getting pre iOS 7.0.

Of course, this is just one person’s experience on a single device, but a number of other users have come forward saying that they’re seeing similar results. Many of the commenters on the post agreed with Hughes’ findings, as does Kevin Tofel from GigaOM.

Now I haven’t updated to iOS 7.1.1 yet because I’m jailbroken. But I’m curious, for those who have updated to the latest firmware, are you seeing better battery life on your iPhone or iPad? Let us know down in the comments!