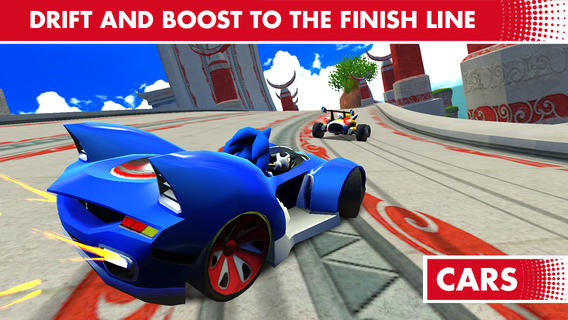 Released in January 2014, Sega’s Sonic & All-Stars Racing Transformed has delighted fans of Mario Kart-style racers with a World Tour mode designed specifically for mobile and its awesome multiplayer implementation supporting up to four players simultaneously, both locally and online.

The official iOS port of Sonic & All-Stars Racing Transformed for consoles, the game debuted with a price tag of five bucks and has since seen several price changes in an effort to boost downloads.

As Sega continues to experiment with various monetization methods, they’ve now taken the freemium route by slashing Sonic & All-Stars Racing Transformed to zero bucks and throwing in a bunch of paid in-app upgrades…

You can race as Sonic or any of the legendary All-Stars characters, speeding across land, sea and air in your transformable vehicle that can change from car to boat to plane mid-race. 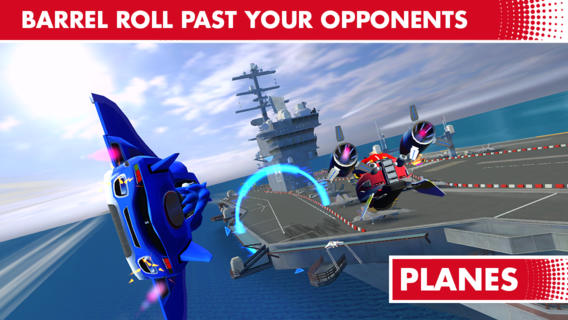 Sega notes that players who previously bought the game will still have their VIP Pass available free of charge. The game has been updated recently with support for Everplay in-game recording.

Plus, the April 29 update will add new characters like Metal Sonic and Wreck-It-Ralph, as well as new tracks and modes such as World Tour Chapter and Boss Cup Grand Prix.

The massive 1.05GB download is universal (supports both the iPhone and iPad natively), requires iOS 7.0 or later and, again, contains optional in-app purchases.