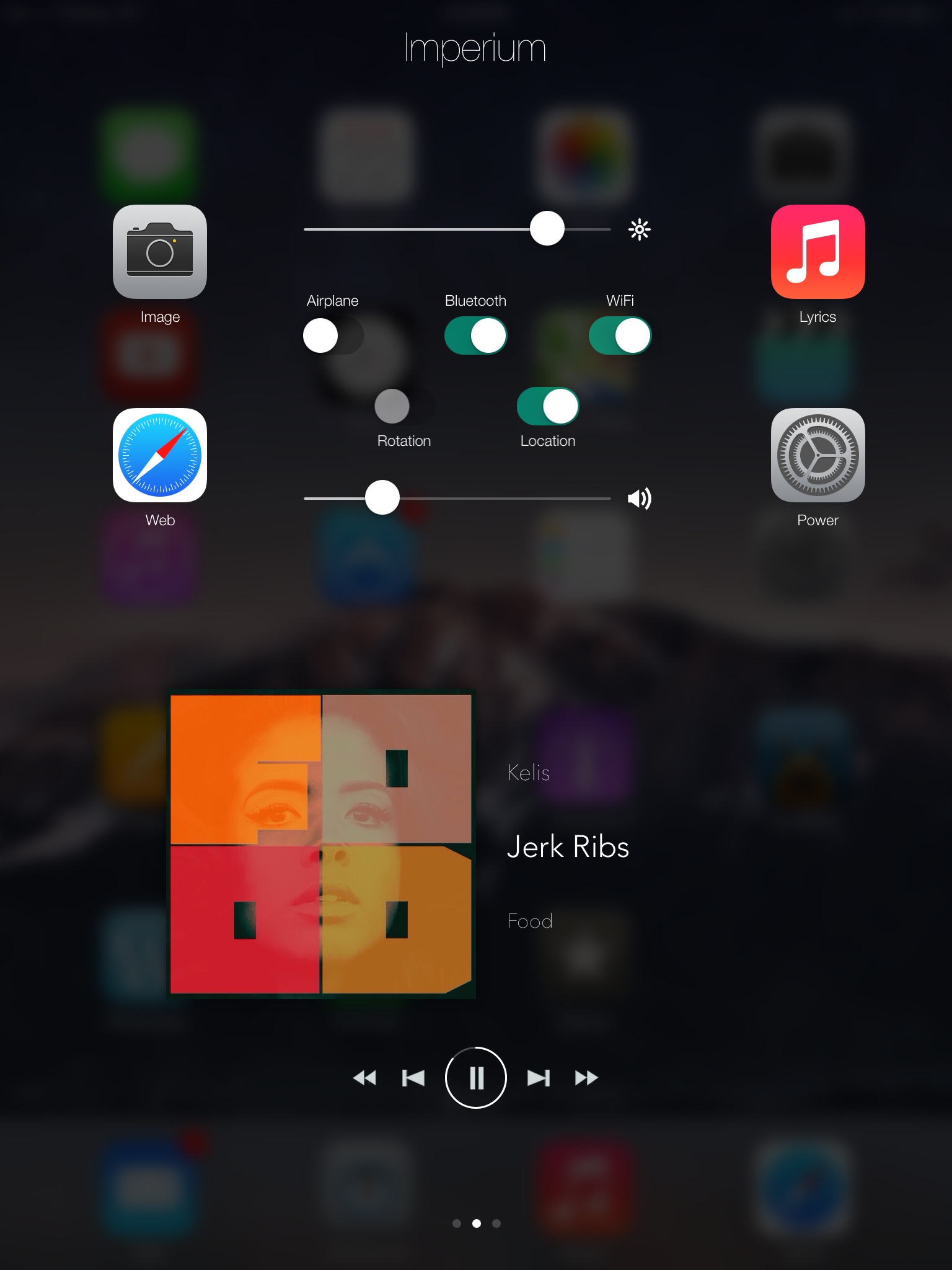 Imperium HD is a jailbreak tweak that allows you to replace the App Switcher on the iPad. Using Activator to invoke the overlay, users gain access to a multipage switcher that features a plethora of toggles, sliders, and app management options.

Back in the days of iOS 6.x, I could see Imperium HD being a real help for users needing better management features in the App Switcher. But with the advent of Control Center in iOS 7, the need for such a tweak has significantly diminished in my opinion.

Even still, should you check out Imperium HD on your jailbroken iPad? Have a look past the break for the video details.

After installing Imperium, you’ll need to venture into its preferences to assign it with an Activator gesture. You can also establish up to four bookmarked applications that will always be displayed at the bottom of the App Switcher’s ‘All Apps’ page. 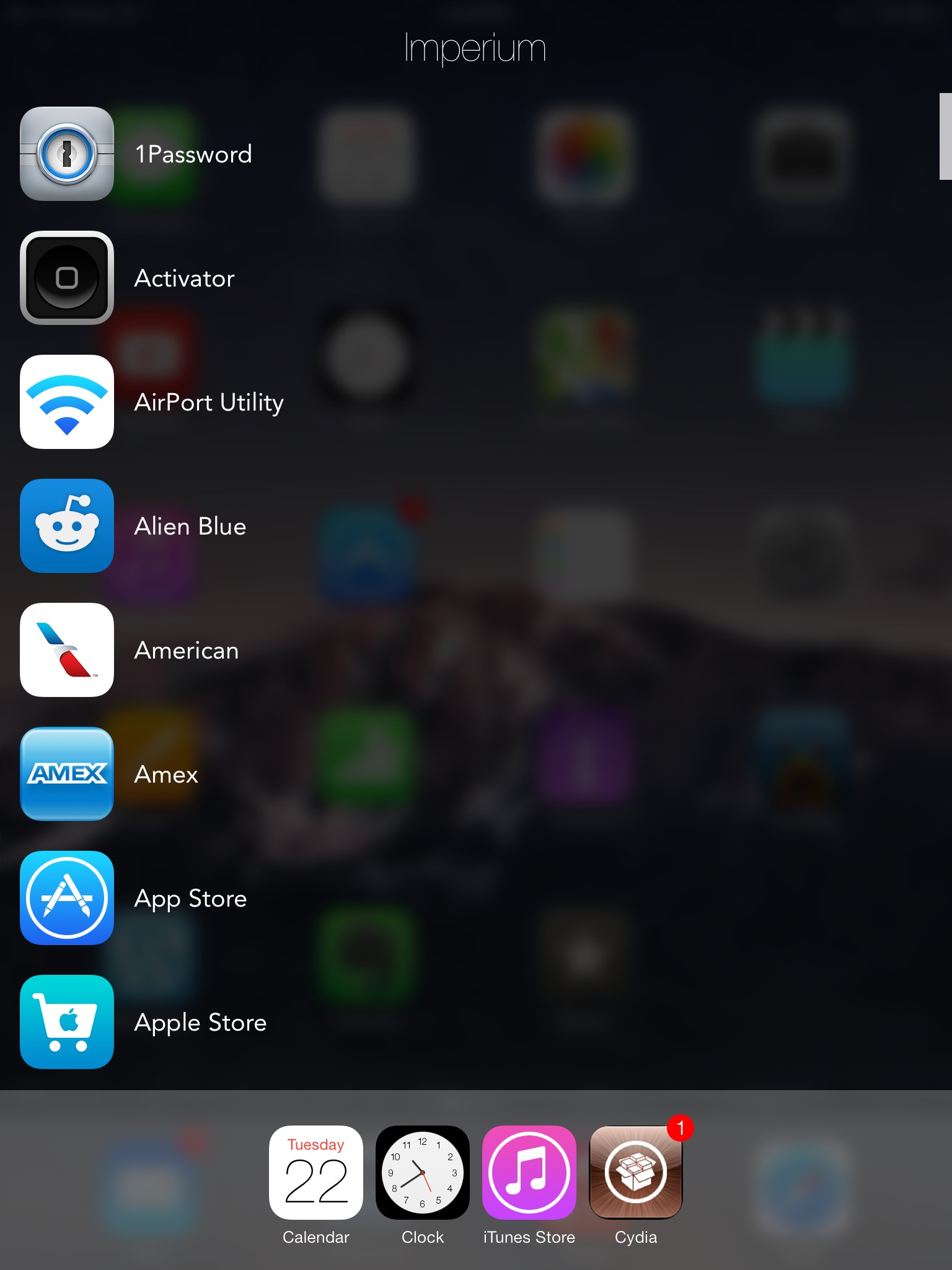 Using the assigned Activator gesture, you can easily invoke Imperium from anywhere on your device. Once invoked, you can swipe through Imperium HD’s multiple pages in order to access currently running apps, now-playing music options, a quick Google search launcher, toggles for popular services, and sliders for brightness and volume.

Unfortunately, Imperium HD suffers from one major flaw—the App Switcher only works in portrait view on the iPad even when you launch it while oriented in landscape mode. That’s not the only downside of the tweak, though. It features sluggish responses at times when invoking, and you have to press the Home button whenever you want to close out of the App Switcher. Overall, the tweak just feels antiquated.

The bottom line is that tweaks like Imperium HD just aren’t very useful on iOS 7, especially when they are not executed perfectly. The time has passed for bloated tweaks like this, and even at a reasonably priced $0.99, I can’t recommend it.