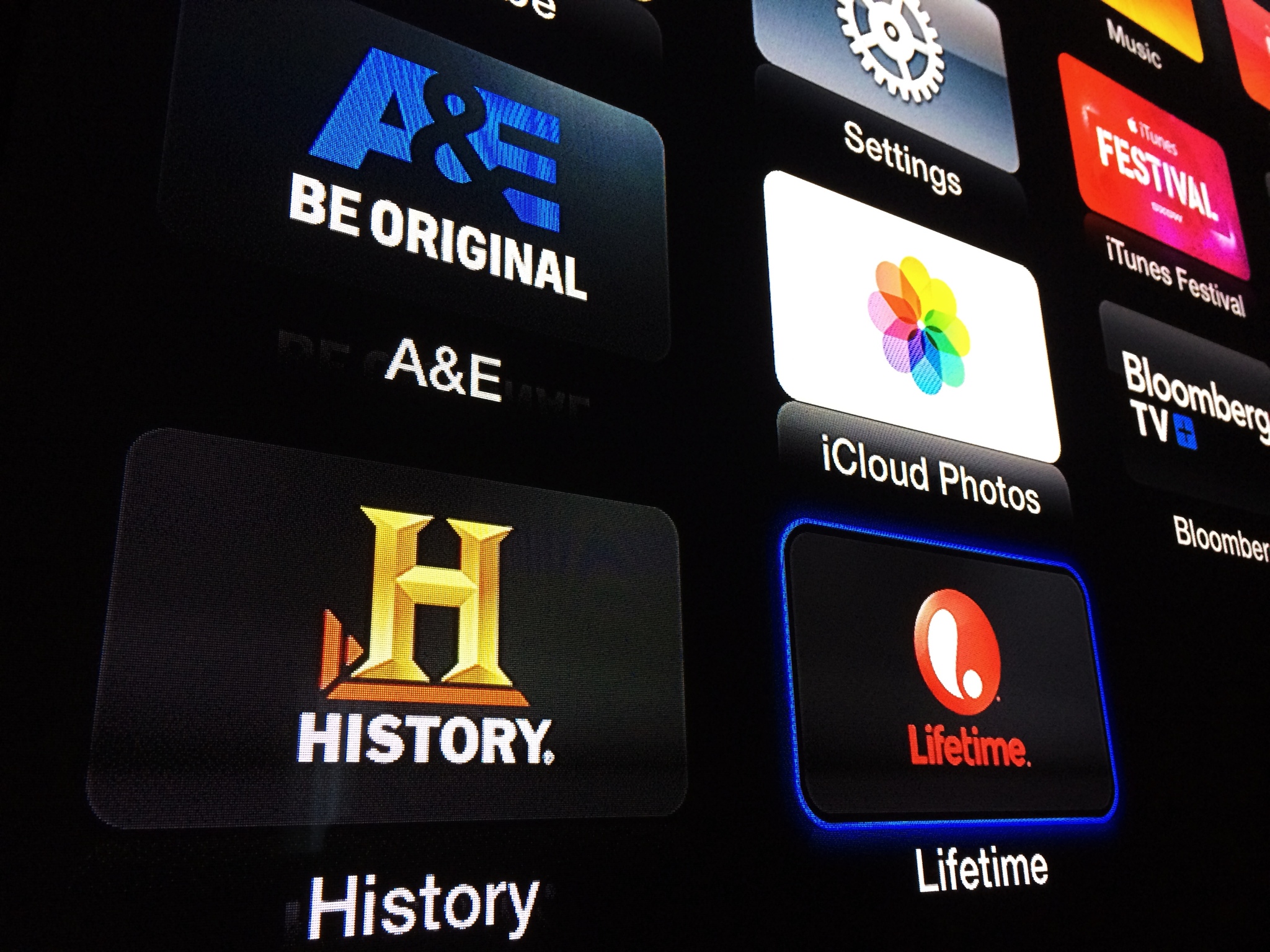 I hope you have some room left on your Apple TV’s main menu because Apple has just added three new channels to its $99 set-top box featuring content from The History Channel, A&E and Lifetime. Cable-cutters shouldn’t jump with joy, however, as a cable subscription is required to stream on-demand video from these sources without restrictions.

The new content sources should have been added automatically to your Apple TV’s Home screen. If not, go to Settings > General > Software Updates and choose the Update Software option…

If you’re a DirecTV, Verizon FiOS or Cablevision Optimum subscriber (support for more providers is coming soon), you can now stream full episodes of such shows as Pawn Stars, Bates Motel and American Pickers, as reported by blogger Zac Hall.

This follows a recent update of both the A&E and History Channel apps for iOS that’ve gained the ability to stream live television programming to the iPhone and iPad devices.

Last month, the media-streaming box picked up support for AAC Sports channel. Back in January, the World Wrestling Entertainment channel was added to the Apple TV with an interesting feature allowing viewers to purchase the network’s subscriptions right on their Apple TV, as in-app subscriptions.

These channel additions can quickly add up to the Home screen clutter. Luckily, the latest Apple TV Software includes a new way to hide apps.

First, select an icon on the Apple TV’s main menu using your Apple Remote. Then, simply hold down the Select button and you’ll be presented with an option to hide the icon.

Those on an older version of Apple TV software can hide unwanted icons using a trick I detailed here.

In related Apple TV news, some owners of the first-generation Apple TV seem to have been plagued with issues related to the inability to connect to iTunes.

According to a lengthy thread of the Apple Discussions forums highlighted by MacRumors owner Arnold Kim, people first started reporting problems connecting to the iTunes Store on April 17, 2014.

An unknown proportion of the first-generation Apple TV owners around the globe are seeing “an iTunes Store Not Available” message when attempting to access any piece of iTunes, with a notable exception of movie trailers.