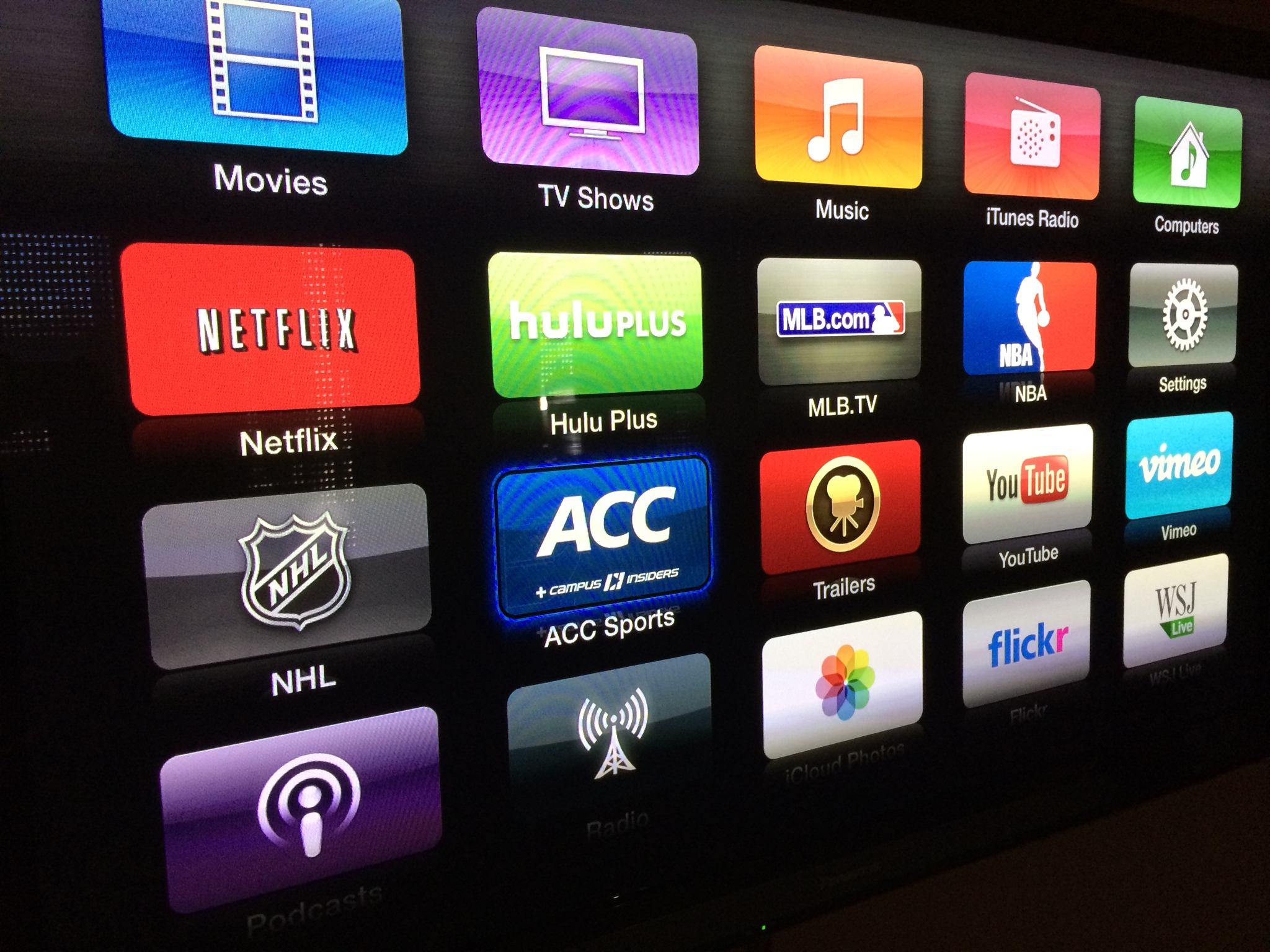 In time for March Madness, the ACC Digital Network has partnered with Apple on enabling an ACC Sports channel on the company’s $99 media-streaming box.

The channel promises hundreds of videos to choose from. Specifically for March, host Jeff Fischel and former ACC basketball greats Drew Barry and JR Reid will follow ACC teams as they advance throughout the tournament with game previews, analysis and a ‘Road to Texas’ feature series…

This is your access to the Campus Insiders digital college sports network covering all major collegiate conferences. The feature will cover the NCAA basketball post-season from start to finish with daily reports “from top tier talent including Bonnie Bernstein, Seth Davis and more than 100 insiders reporting from campuses across the nation.”

And as part of the launch, they are promising more than 70 daily videos in the Campus Insiders section, including team previews of all 68 teams selected for the tournament.

The channel should automatically appear on your Apple TV Home screen.

Again, ACC Sports is a US-only thing so those outside the United States won’t be able to access the channel (unless they cheat using a VPN service such as HideMyAss).

This is just the latest in a string of Apple TV channel additions.

Just select an icon on the device’s main menu using your Apple Remote and hold down the Select button until you’re presented with an option to hide it.

As for people on an older version of Apple TV software, they too can hide unwanted Home screen app icons using this nifty trick.