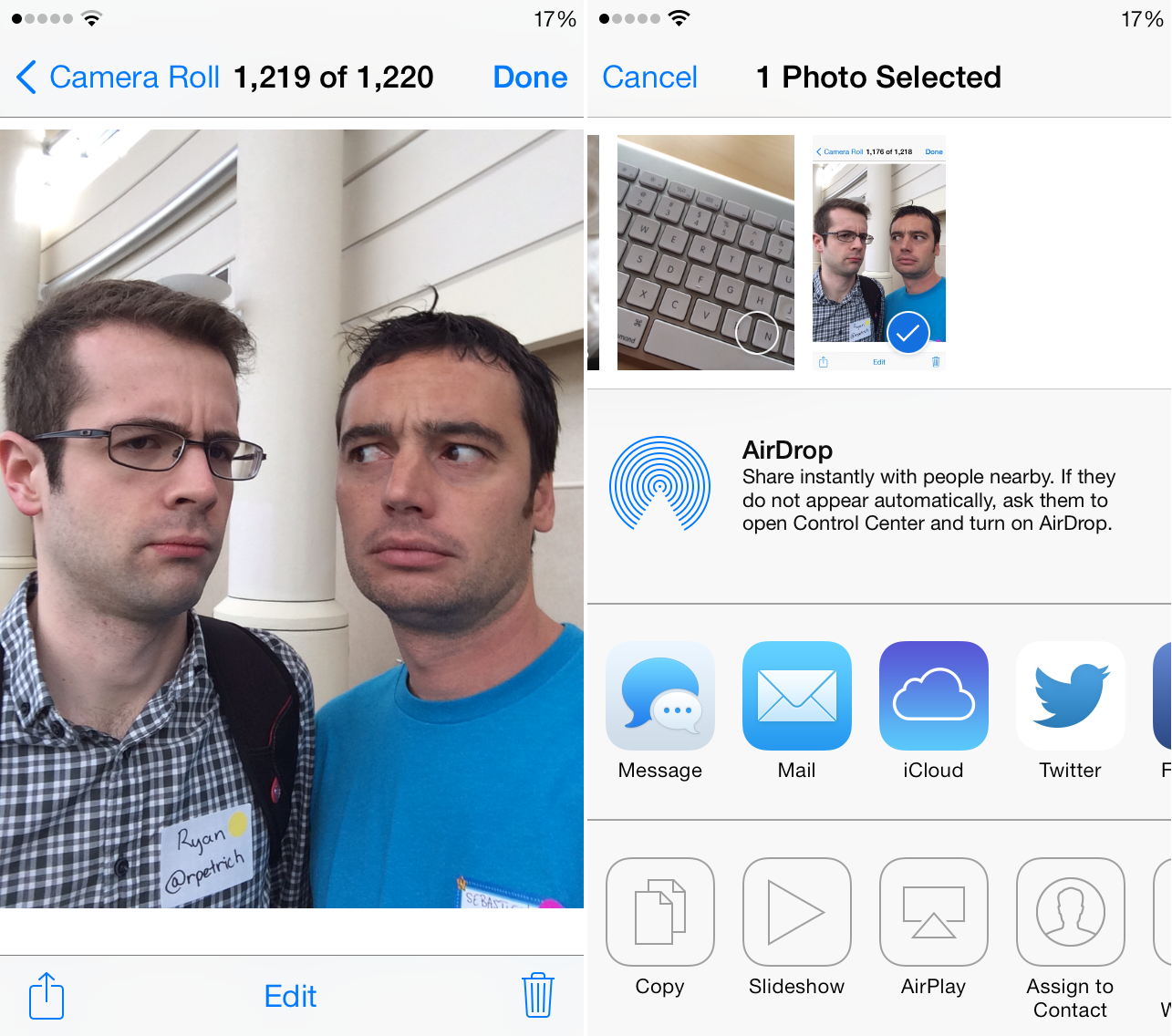 There are a few tweaks that are dear to my heart, mainly because I came up with the concept behind them. SkipLock is one of these tweaks, and ShareLock is another one that was just released on Ryan Petrich’s beta repo.

The idea of ShareLock is pretty simple. It lifts the restriction put in place by Apple that prevents you from sharing photos you have taken using the camera grabber on the Lock screen. With ShareLock, you can simply launch the Camera app from the Lock screen grabber, snap a picture, and share it right away…

I’ve actually wanted to have ShareLock developed for months, but for some reason, I couldn’t find anyone willing to put some time into it. I remember pitching the idea to Ryan Petrich last year, which he quickly turned down. I’ve also harassed Filippo Bigarella most of last week with the idea, without any success.

Finally, it took Ryan Petrich 15 minutes of boredom to actually get working on this tweak, and the result is of course ShareLock.

As I explained above, if you launch the Camera app from the Lock screen and take a photo, iOS won’t let you share this photo, presumably for security reasons. If you want to share the photo you just took, you have to unlock the device, go to the Photos app, select the photo and share then share it.

While I understand the security reasons behind the restrictions, it is fairly annoying. More often than not, when I launch the Camera app from the Lock screen, it is because I want to quickly take a picture, but I also want to share this picture immediately. ShareLock allows me to do that.

Where can you get it?

If you’re looking for ShareLock on the BigBoss repo, then you’re wasting your time. The tweak is currently available on Ryan’s beta repo only. If you haven’t installed his beta repo yet, you can do so my adding this source to Cydia: http://rpetri.ch/repo/

After installing the repo and refreshing the sources, you should find ShareLock.

What do you think of ShareLock? Is that something you would use? Please make sure to share your opinion in the comments section.

Edit: I originally named the tweak ShareLock (as in Sherlock Holmes) but Ryan released it as LockShare. This has now been fixed and the tweak is now correctly baptized ShareLock.