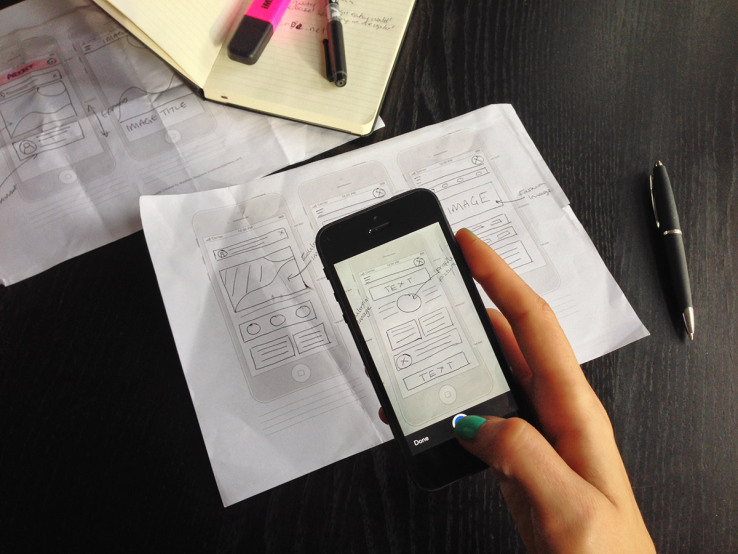 Let’s say you’re an aspiring entrepreneur, and you just got this wonderful idea for an app that’s going to make you a millionaire, what do you do? Chances are, your first move would be to draw out the app on paper so you could get a better visual of it. But something’s missing, and that’s where the Marvel app comes in.

Marvel is an iPhone app capable of capturing sketches of your app ideas and turning them into interactive prototypes. Simply take a photo of your drawing and apply ‘touch’ hotspots to the image using Marvel, and then link other photos to those hotspots. And in no time at all, you’ll be tapping your way through your app…

Mokaza, the developers of Marvel, say the app is ‘perfect for designers, UXers, product managers, startups, and students,’ but honestly it’s simple enough that anyone can use it. All you need is a legible drawing of an iPhone or iPad application and an iPhone running the Marvel app, and you’ll be able to bring your ideas to life.

TechCrunch has more from the Marvel team:

“In the past, if you wanted to see your app or web designs and ideas in anything more engaging than PDFs and Powerpoints, you needed to have the skills and the time to code it into an interactive prototype. This often puts prototyping out of reach for many businesses and individuals as they simply don’t have the time, money or developer resources,” explains Marvel co-founder Murat Mutlu.

“What if you could create a prototyping tool that didn’t just help designers and businesses, but anyone with an idea, no matter what level of design and technical skill they had? Marvel was designed and built to do just that,” he adds. “We’ve designed Marvel to be ‘pick up and play’. No maze like interface and gunk you don’t need. The aim of Marvel is to create your prototype and just get out of the way so that you can concentrate on the important stuff.”

Additionally, Marvel is built on top of Dropbox, so any changes you make to your app images will stay synced with the app—even if you make changes using a different app like Autodesk’s SketchBook Pro or Adobe Ideas. And once you’ve completed your project, you can share it with your friends via Twitter, SMS and email. 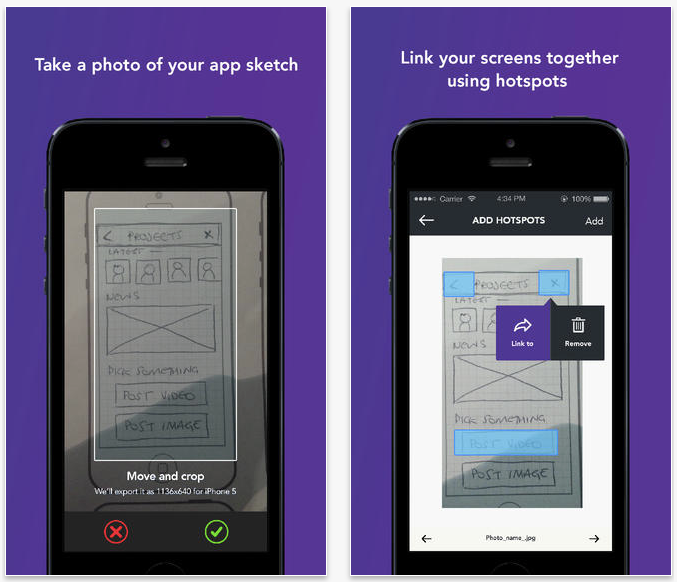 Even if you don’t fancy yourself an app designer or programmer, the app is worth checking out for its technology. There’s just something cool about a piece of software that can take your notebook sketches and turn them into tappable interfaces. Anyway, if you’re interested, you can find Marvel for iPhone in the App Store for free.