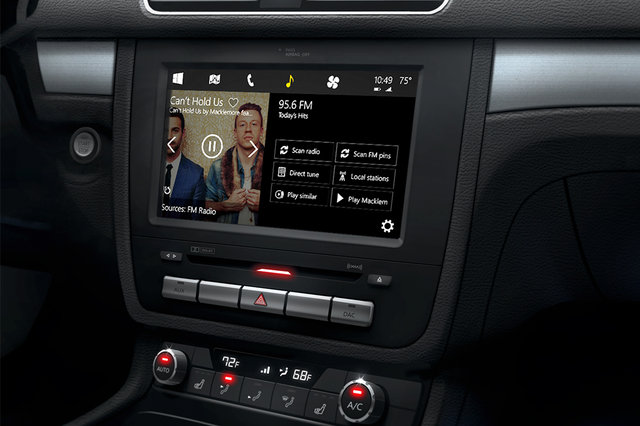 At the annual Build conference in San Francisco last week, software giant Microsoft unveiled its upcoming new platform for automotive, Windows in the car. The software, which appears to have borrowed some ideas from Apple’s CarPlay, could succeed Sync, Microsoft’s ill-fated in-car solution running on the Windows Embedded Automotive operating system.

Microsoft’s largest partner for Sync, Ford, in February announced plans to stop producing Sync-equipped vehicles. Seeing where things were heading, coupled with weak support from car manufacturers, probably played an important factor in the decision to come up with a connected car software of the future, from scratch…

In its current incarnation, Windows in the car requires a Windows Phone device, but Microsoft should be able to add support for the feature to its Windows 8 desktop operating system.

It should be noted that Microsoft bills Windows in the car as an early concept, one without a firm release date. That said, folks at Redmond did acknowledge that they’ve been testing out Windows in the car in both simulators and real-world vehicles.

Microsoft also made noise of the fact that Windows in the car will be open to developers from the get-go.

“There’s this opportunity for application developers to also participate in this ecosystem in a couple of different ways,” Microsoft’s product executive Steve Teixeira said in his Build conference presentation.

You can imagine that, maybe if my car’s in park, I can run any kind of arbitrary app, you know, project that up to this screen.

But if my car’s in drive mode, one of the things that we will aim to do is enable application builders to write apps that conform with good, safe drive mode behavior and safe drive mode user interface standards. 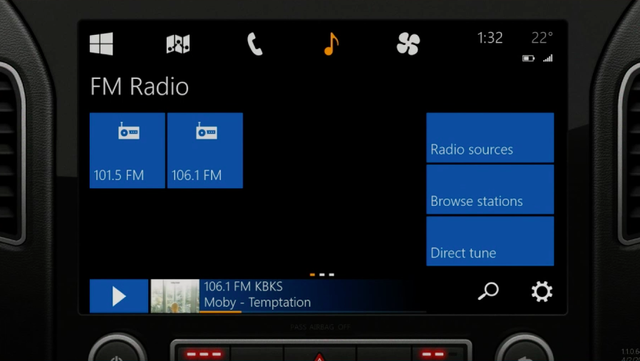 There’s even a marketplace app so drivers can download – if need be – supported apps from third-party developers, while their device is in the car mode.

This is somewhat similar to Apple’s CarPlay which does support select third-party music applications such as Spotify (with more to come later), but with one huge difference: CarPlay has no park mode that would enable drivers to project ANY iOS app to their vehicle’s in-car screen.

Here, check out the video of Windows in the car, courtesy of The Verge.

Windows in the Car features the familiar Metro tile interface, redesigned for in-car use with driver safety in mind. Drivers will be able to pin any app they want on the start screen for quick access. 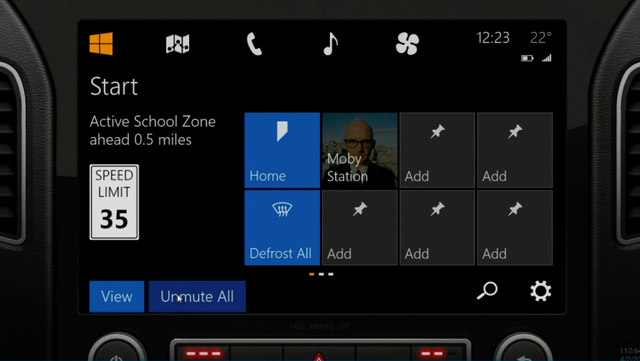 If the video is anything to go by, Windows in the car will support messaging with voice input via the upcoming Cortana voice assistant, driving directions courtesy of Bing Maps, music playback with Xbox Radio and FM radio, advanced phone features with in-call options and voicemail access and more.

Check out a set of screenshots below depicting the various aspects and proposed features of Windows in the car. 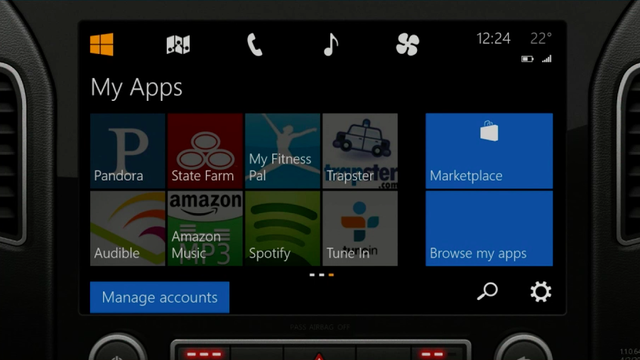 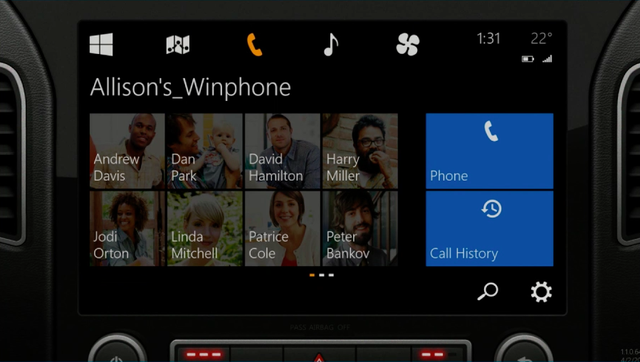 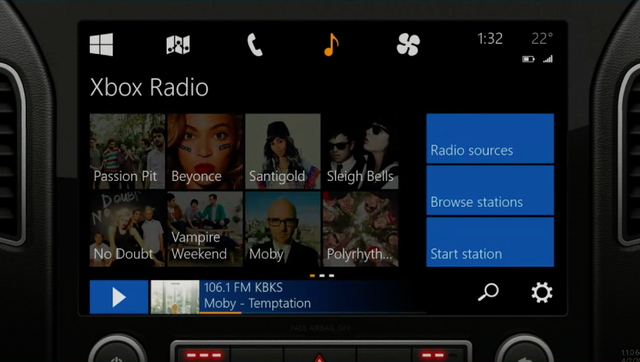 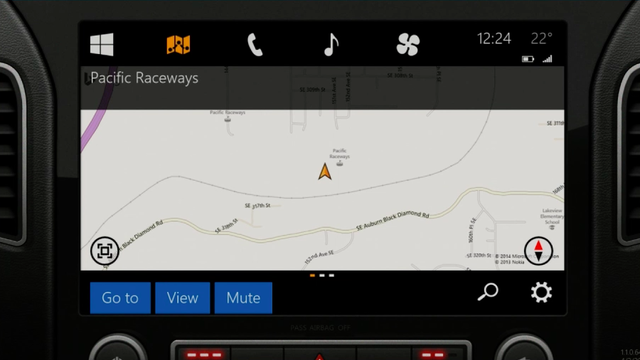 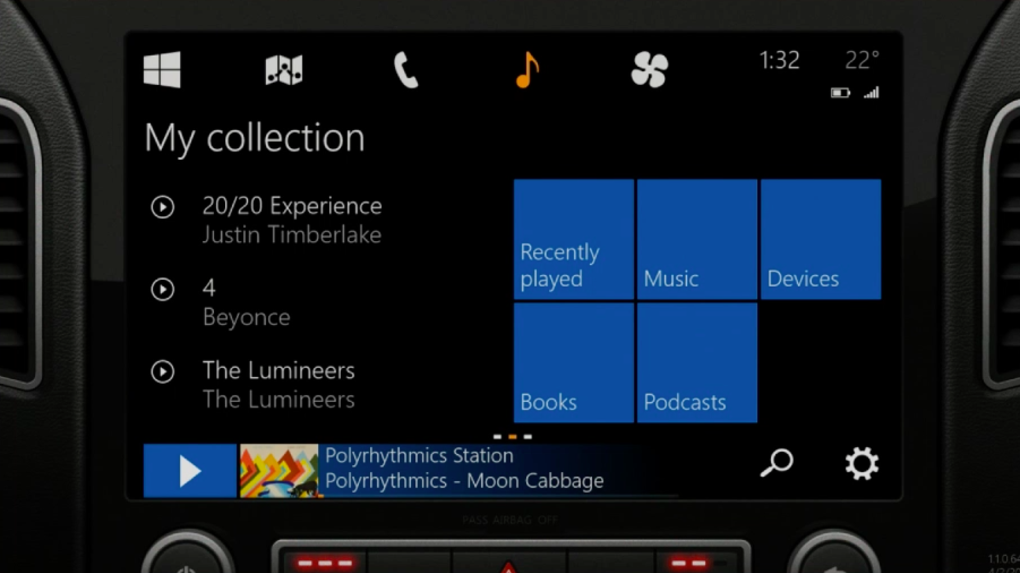 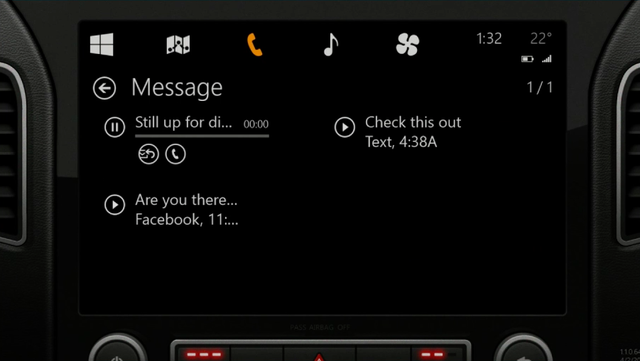 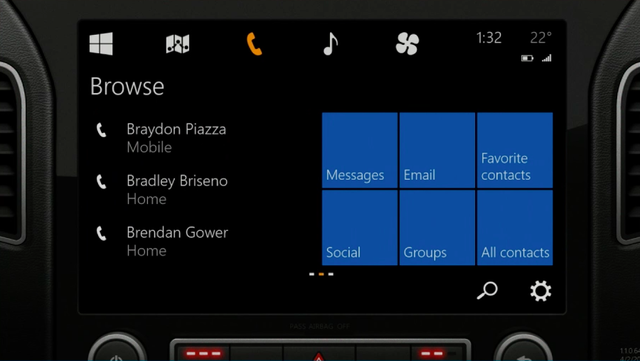 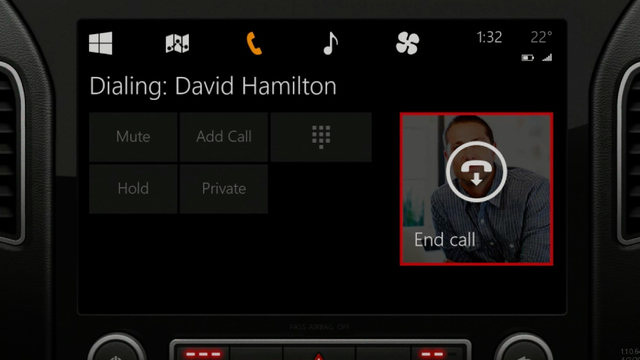 Unlike CarPlay which taps BlackBerry’s QNX software to connect your iOS device to a bunch of different proprietary infotainment systems car vendors use or support, Microsoft’s solution is based on the industry-standard MirrorLink protocol.

MirrorLink is owned by the Car Connectivity Consortium, which had 56 members as of May 2012, including almost all major automobile and mobile device manufacturers in the world, including Motorola, Alpine and Pioneer.

MirrorLink currently works with Sony’s Xperia Z series Android phones and has aftermarket potential given that both Alpine and Pioneer committed to shipping MirrorLink-ready aftermarket solutions. Car makers Volkswagen, Honda, Toyota and Citroen confirmed work is underway on adding support for MirrorLink to their vehicles.

Google, too, announced its Android-based in-car infotainment integration that will launch across a wide range of car models and industry partners later this year.

Although some manufacturers, like launch CarPlay partner Mercedes-Benz and electronics maker Pioneer, hinted at aftermarket CarPlay solutions for older devices, they later back-tracked on their vague claims and said that supporting older vehicles would be extremely difficult to do.

How impressed are you by Windows in the car so far?