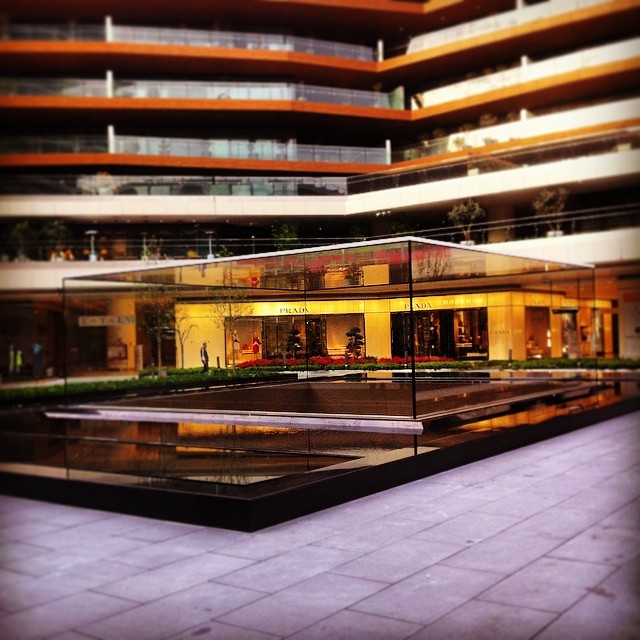 With grand opening of Apple’s first retail store in Turkey confirmed for this coming Saturday, Apple dispatched Steve Cano, its Vice President of Retail Operations, to Istanbul to show off the structure’s incredible architecture and design to the press.

Although CEO Tim Cook and Turkish President Abdullah Gül were not in attendance, the significance of this particular store, Apple’s 424th, can’t be overstated. If you’ve been following Apple’s retail efforts, you’re familiar with the look and feel of the company’s flagship retail locations, often likened to the shrines attracting devotees who worship Apple’s sexy products there.

But starting with the recently redesigned Stanford 2 store in North California, Apple has seemingly adopted a fresh new design language for its brick-and-mortar locations, now focused on the 100 percent seamless glass appearance with lots of open space so visitors feel like they’re part of the surrounding landscape.

Located in the heart of Istanbul’s multi-use, upscale Zorlu Center Shopping Center, the 20,000 square-foot store features a striking all-glass exterior, as evidenced by the photo top of post taken by Instagram user orbaygumus.

Reminds me of a way oversized Mac mini.

That huge Apple logo is visible from the heights of the surrounding apartment buildings. For those wondering, the roof is all monolithic glass and is surrounded by basin, making the glass walls unreachable by passers-by.

Apple’s Cano said some of its 100 employees have been under training for the last year.

IfoAppleStore’s Gary Allen described the store as “a first-ever rectangular ‘penthouse’ composed of four single panes of glass and a roof.”

One staircase leads downward from the lower public space to the back-of-house spaces. The plaza level penthouse is surrounded by a water fountain constructed of black stone. The water is pumped over the edge of the fountain in an “infinity” effect.

The interior is just as impressive as the exterior, as seen on the photos below shared by websites AppleToolbox, DonanimHaber and iPhoneTurka. 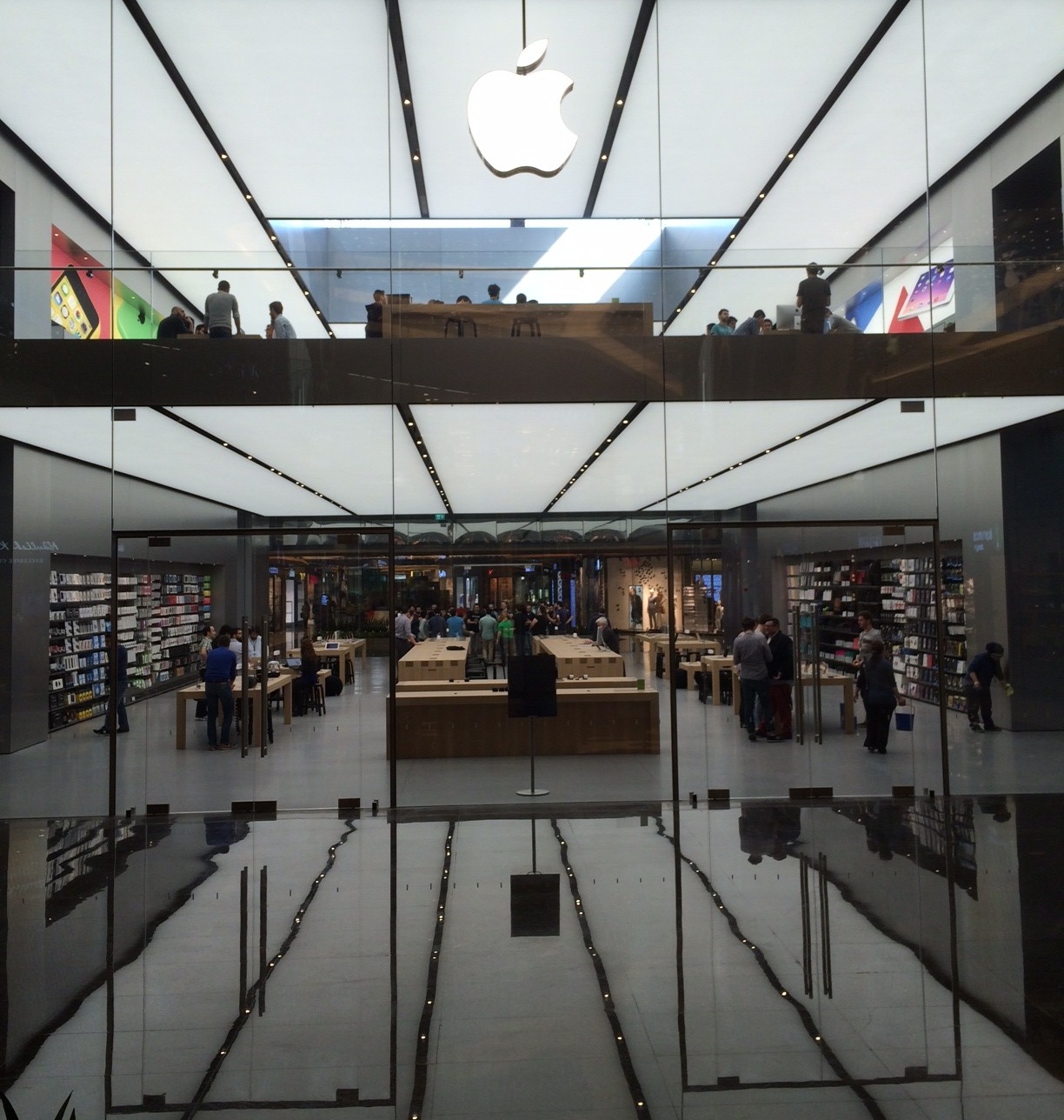 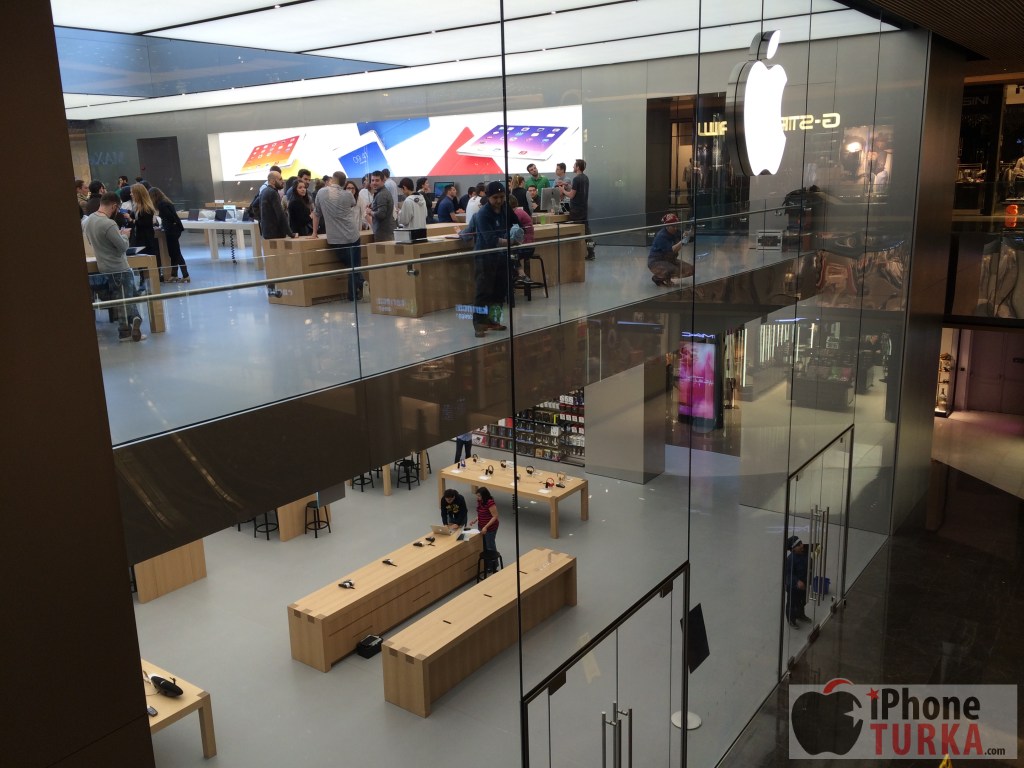 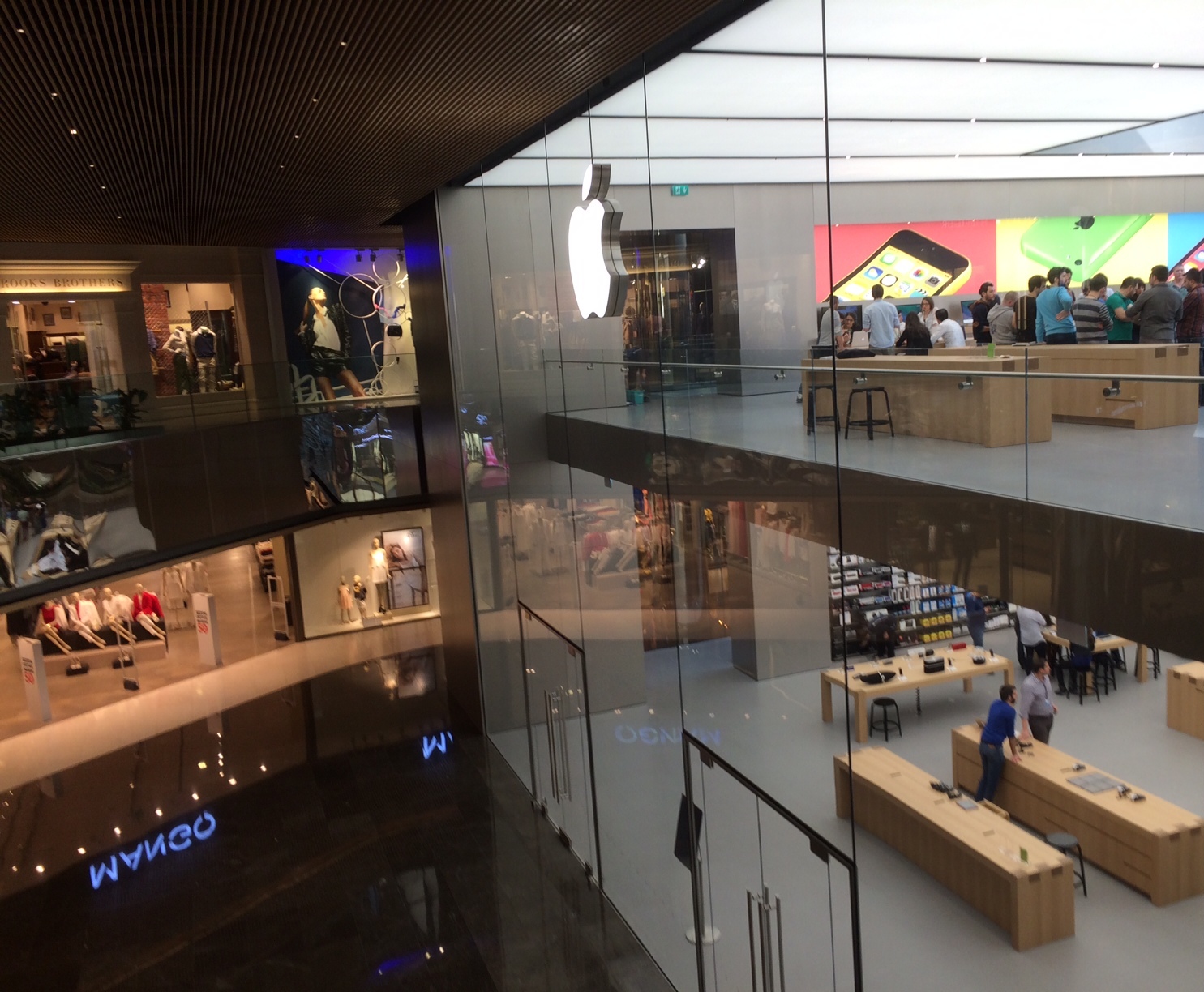 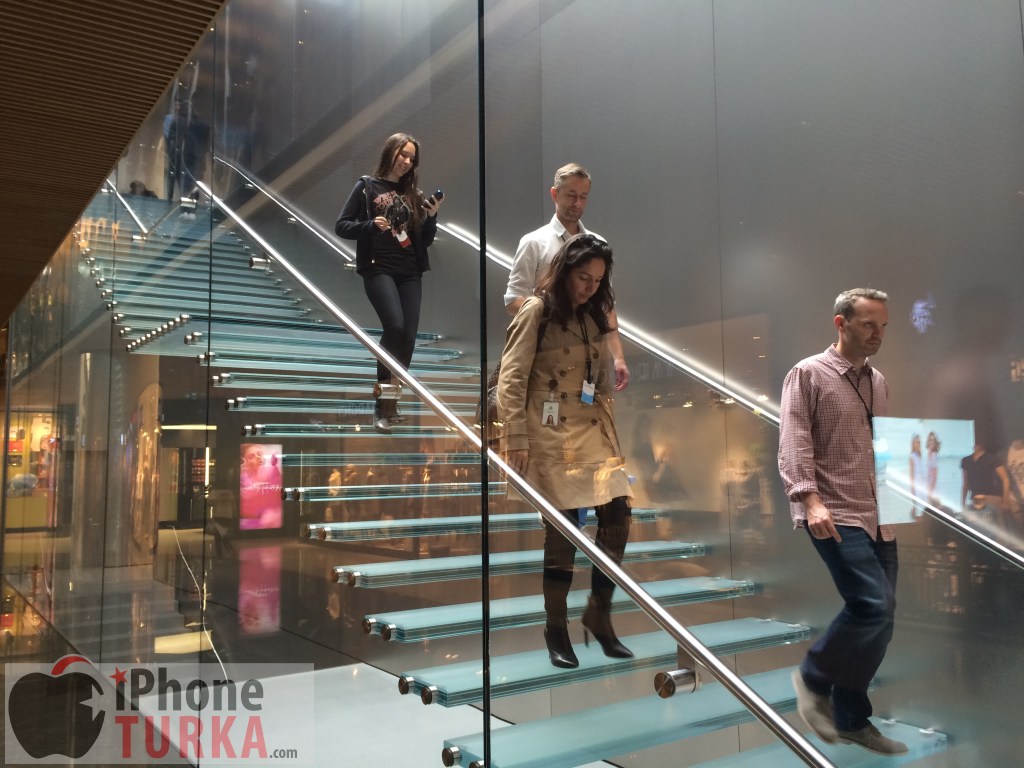 The store is divided into several areas designed around specific activities, like a Family Room floor. It’s also got dual Genius Bars. 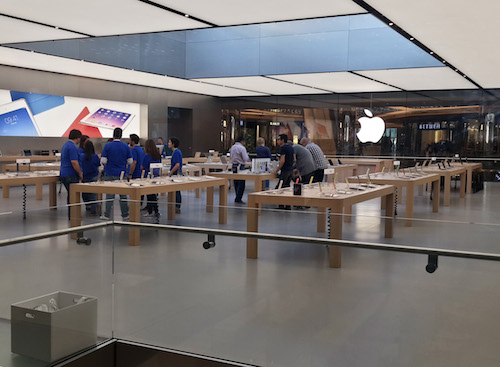 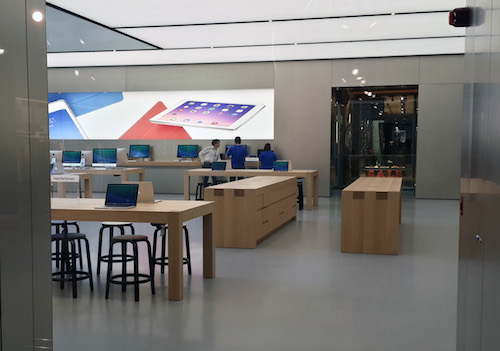 According to Cano, Apple will make further inroads in Turkey.

The company is rumored to open four more stores in the country by the end of 2015, including one located on the Asian side of Istanbul in the Akasya shopping mall and another one said to open again in Istanbul in the coming months.

Apple’s Retail webpage confirms the store is due to open this Saturday, April 5, at 10:00am. As is its won’t, the firm will give away 4,500 T-shirts at the grand opening. 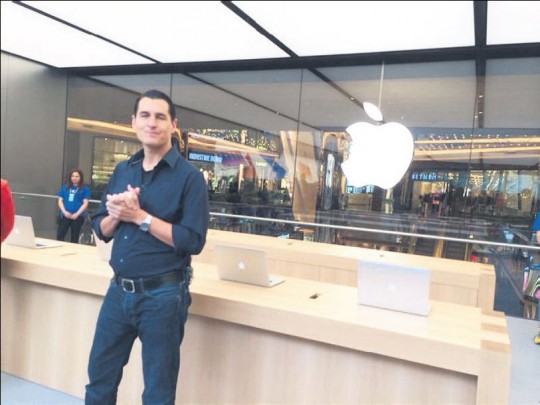 In addition to Turkey’s first retail Apple store, the iPhone maker also operates the Online Apple Store in the country, with the App Store and iTunes being available in Turkey for some time as well.

Due to local regulations and the Turkish currency devaluating against U.S. dollar recently, the 74 million people country is home to some of the priciest Apple gear in the world. For example, the contract-free iPhone 5s costs a whopping $960 in Turkey, or about $300 more than in the United States.