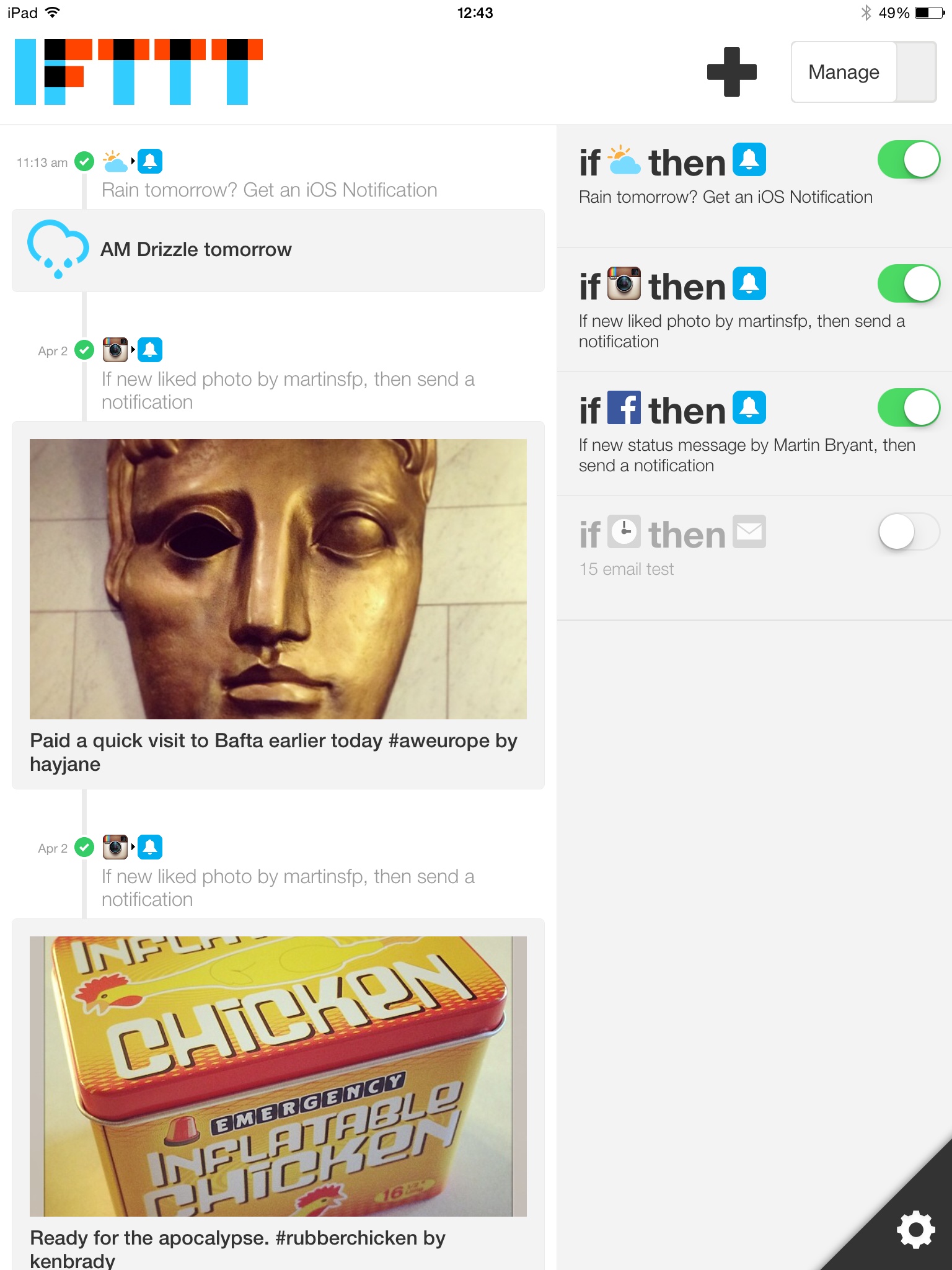 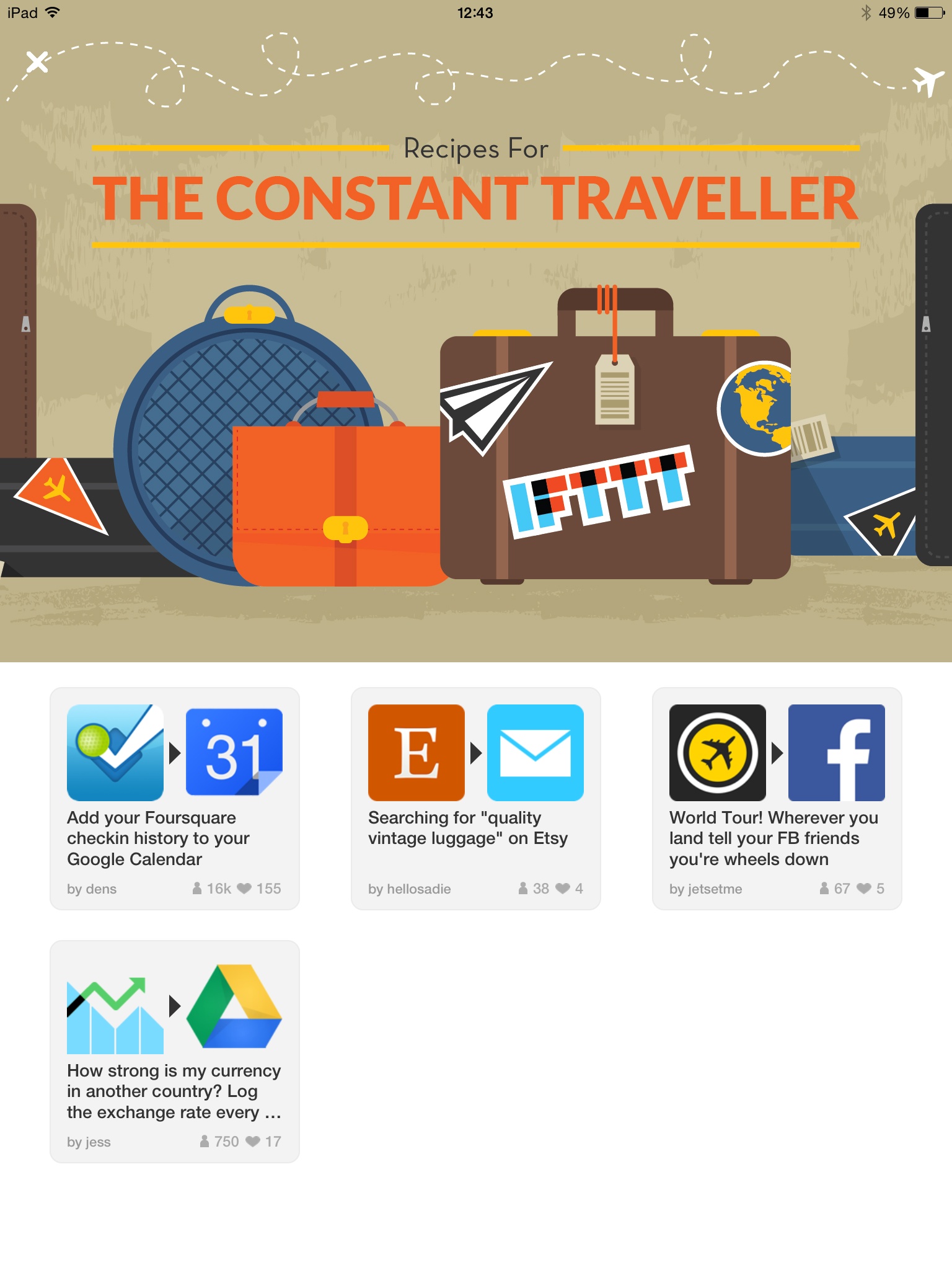 IFTTT (If This Then That) is a powerful web automation services that lets you create complex rules called recipes to automatically perform actions when certain values change or criteria are met.

For instance, I use an IFTTT recipe which automatically changes my profile pic on Twitter and other social networks whenever my Facebook profile image changes. Used it wisely and IFTTT can save you from repetitive task.

And beacuse I’m not an animal, I’ve grown to like IFTTT a lot and depend on it. In its latest version 2.0 update that surfaced on the App Store earlier today, IFTTT now plays nice with iPads while introducing new triggers and Recipe collections, including the tremendously useful iOS Notification Center one!

Hit the break for the full reveal…

The new iOS Notifications Channel allows you to create recipes which push alerts directly to the Notification Center on your iPhone, iPod touch and iPad.

For instance, you could create a recipe that polls a weather service and alerts you if it’s going to rain tomorrow. Another recipe could alert you fifteen minutes before your next Google Calendar appointment is up, and so forth. 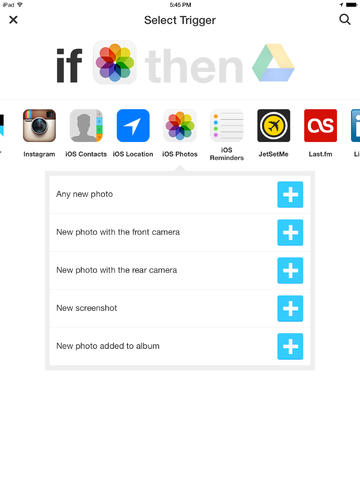 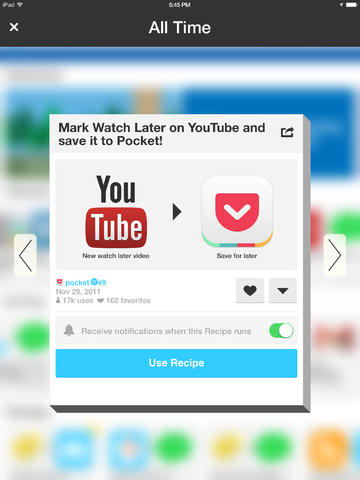 As the name suggests, it works with photos snapped up within a designated area. With this trigger, you could create a recipe that shares the snaps you take while in a specific area with friends via Gmail. 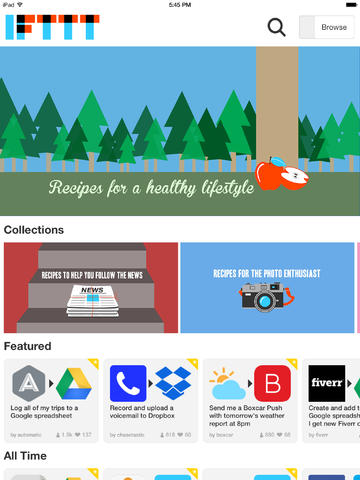 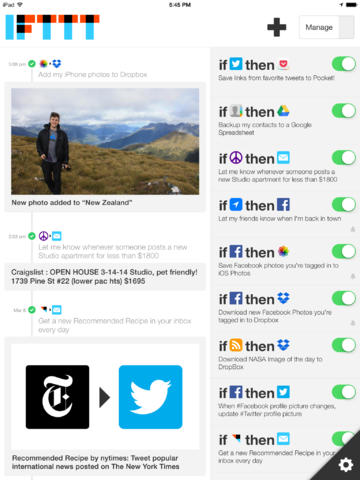 Basically a curated selection of hundreds of ready-made IFTTT Recipes, grouped by category and with topical sections including stuff like ‘Recipes for the Constant Traveler,’ ‘Recipes for the Photo Enthusiast’ and many others, all nicely laid out on the iPad’s 9.7-inhc screen, as depicted on the above screenshots.

IFTTT 2.0 is a free download from the App Store.