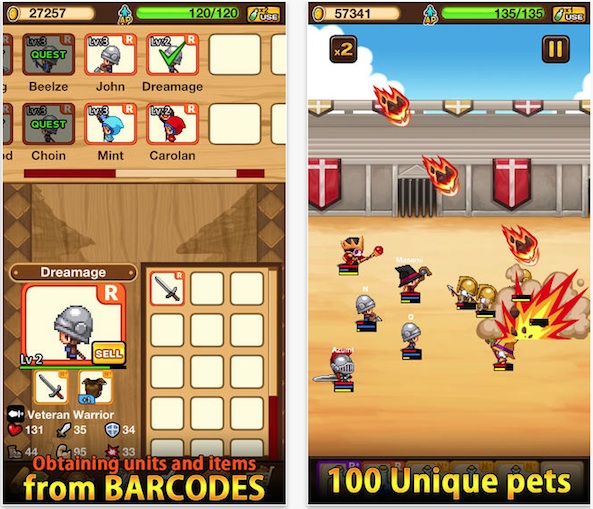 I know what you are thinking. A game that requires you to scan products… Why would I go down to the grocery store to take pictures of cereal boxes with my iPhone just to play a game? Well, for one thing, it will get your lazy butt out of the house for a few minutes. Plus, if you are clever, you can find ways to scan barcodes without having to leave the house. Lazy.

Barcode Kingdom is a role-playing game that mixes a bit of real world technology with a fantasy world of fighting. Scan items from around the house to get more soldiers, weapons, armor and potions. Hopefully, you have plenty of boxes lying around the house…

Players are transported to the magical world of Barcodia where they build an army, go out on missions, and construct a kingdom to protect. Instead of working for units and spending materials to create weapons, players scan barcodes in the real world, which turn into items in the game. 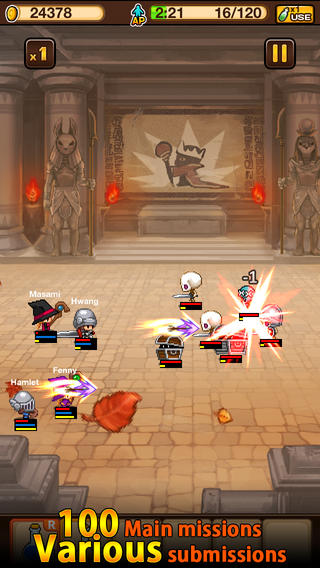 There are 50 unit classes with 350 different weapons, not to mention the number of potions available. So, you’d better get to scanning if you want to get all of the loot. The items you gain from scanning depend on the barcode you use. You can’t just rescan the same one over and over.

Don’t worry. The point of the game is not to run around scanning boxes in your kitchen. There are also 100 missions and various submissions to complete. Not everything is battle-based. Sometimes, you’ll be sent on a simple mail run or mining operation. 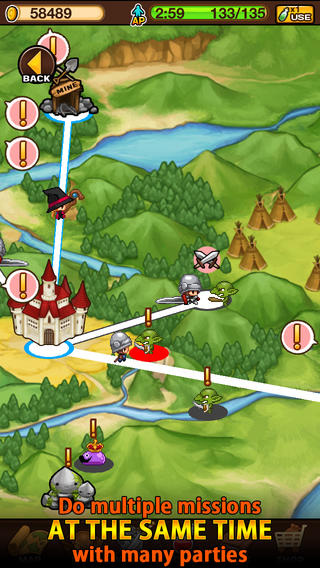 You will be able to build and upgrade your castle by raising taxes. Upgrade items by mining crystals. There are even 100 unique pets to obtain.

Players can compete against others in real-time player-versus-player combat. Invade their lands to steal their gold. You can take part in more than one mission at a time using multiple groups of units. Dungeon crawls get harder as you earn more experience points.

If you really don’t want to get off the couch in order to play this game, there is a way to get bar codes without going to the cupboard. You can always just use a barcode generator off the Internet and scan the code to claim the loot. I’m not going to help you cheat though. You’ll have to find one yourself.

Barcode Kingdom is available on the iPhone, iPad, and iPod touch for $0.99. Download it in the App Store today.