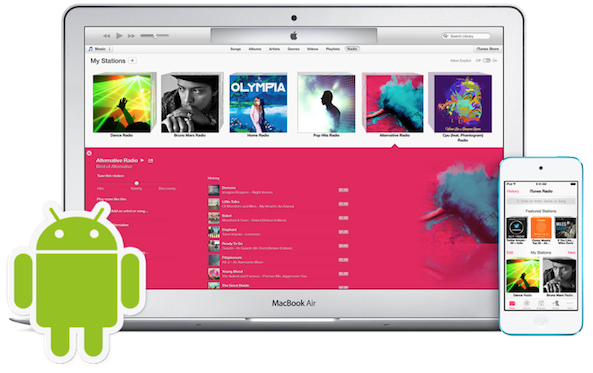 Apple is contemplating launching an iTunes app for Android devices to bolster its digital music sales, according to a new Billboard report. The company is also said to be in exploratory talks with senior label executives about rolling out an on-demand streaming service that would rival Spotify and Beats Music. These two moves are part of a broader strategy that would help the Cupertino-based company combat double-digit drops in iTunes downloads in the United States…

These discussions are somewhat surprising, given that late Apple co-founder Steve Jobs never believed that consumers would subscribe to pay for music. Jobs also saw little benefit in launching an iTunes app on Android, telling author Walter Isaacson that it would only make users of the Google platform happy. Considering that Jobs wanted to wage “thermonuclear war” against Android, that was something he had no interest in.

An excerpt from Isaacson’s biography about Steve Jobs from a few years ago: 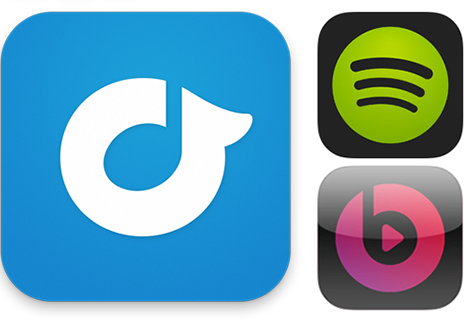 Nearly three years have passed since Jobs passed away, however, and the digital music landscape is changing. U.S. digital album sales have declined 13 percent year-over-year, according to Nielsen SoundScan, while the International Federation of the Phonographic Industry claims that streaming music services have experienced a 51 percent growth in revenues worldwide.

Spotify, Pandora and YouTube generated $1.4 billion in subscription, advertising and licensing revenues in the U.S. last year, up 39 percent from 2012, while downloads revenue were down 3.2 percent to $2.9 billion.

I for one much prefer listening to on-demand music versus paying for individual songs on iTunes. The latter is both time consuming and expensive compared to simply using platforms like Spotify or Rdio. You might not have access to every song ever released if you use streaming services, but convenient access to hundreds of albums and songs is far more valuable to me than spending money on iTunes.

The discussions are still in the preliminary stages:

“They are feeling out some people at labels on thoughts about transitioning its customers from iTunes proper to a streaming service,” says one major label source. “So when you buy a song for $1.29, and you put it in your library, iTunes might send an e-mail pointing out that for a total of, say, $8 a month you can access that song plus all the music in the iTunes store. It’s all in the ‘what if’ stage.”

An iTunes spokesperson declined to comment on the matter.

Apple already offers a streaming music service in iTunes Radio, similar to Pandora, but the platform gives users limited control over what music they can play. The ad-supported service consists of DJ-curated and genre-focused streaming radio stations, rather than giving the user full control to search for specific songs and albums. Multiple reports suggest that the company could spin iTunes Radio into a standalone app in the future.

As these talks are still in the early goings, don’t hold your expectations too high for the launch of iTunes on Android or an on-demand streaming service any time soon. But if Apple is actually looking to diversify its business model beyond its own products, something it is often hesitant to do, this could mark a significant change in the company’s direction.

Do you see value in iTunes for Android or an Apple-run on-demand streaming service?