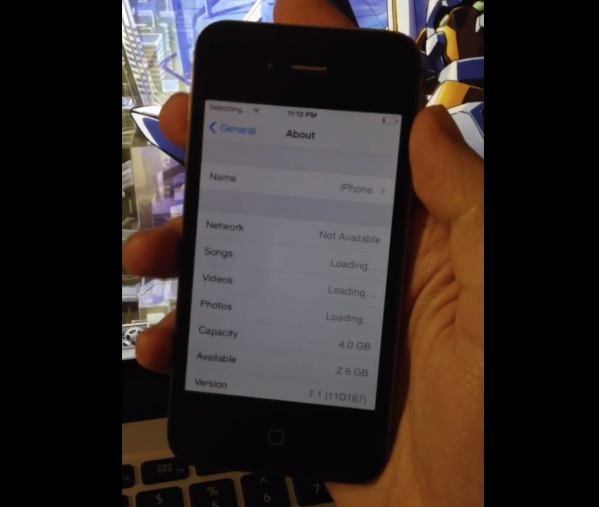 In a brief tweet, winocm sent out a link to the video with the caption ‘iOS 7.1 untethered boot.’ Now, details regarding the clip are very scarce right now, but the fact it exists is fueling hope for folks on newer firmware wanting to jailbreak their devices…

Again, we know nothing about how winocm was able to pull this jailbreak off or if he has any plans to release his work to the public. Remember, he began showing off an untethered jailbreak for iOS 6.1.3/4 last summer and it didn’t appear until late December.

The video is noteworthy though, as Apple killed evasi0n7 when it released iOS 7.1 earlier this month, leaving users without a way to jailbreak. Also noteworthy is the fact that fellow hacker iH8sn0w says he’s going to record a similar video with an A5 device.

Thanks to everyone who sent this in!