Epic Games’ Unreal Engine powers some of the most graphics-intensive games on consoles, desktop computers and mobile devices, like the Gears of War and Mass Effect franchises, or the iOS-exclusive Infinity Blade series, for example.

The software was built by a team of over 100 engineers, artists and designers around the world and is designed to scale from PC and console to mobile and the web. The announcement is significant in ways more than one.

For starters, for the first time ever Epic is making available the whole widget – including Unreal Engine’s full source code, the editor, everything – on a subscriptions basis, for as low as just nineteen bucks per month. Yup, you read that right, just $19 per month.

This makes Unreal Engine, which used to cost a million bucks, cheaper than Unity!

According to Epic, Unreal Engine 4 features full support for OS X and they seem to be working on adding compatibility for platforms like Steam and Unix and emerging devices like the Oculus Rift.

Unreal Engine 4 is also getting HTML5 support and Mozilla just previewed the engine’s famous Soul and Swing Ninja demos, running in Firefox at near-native speeds and without plugins. 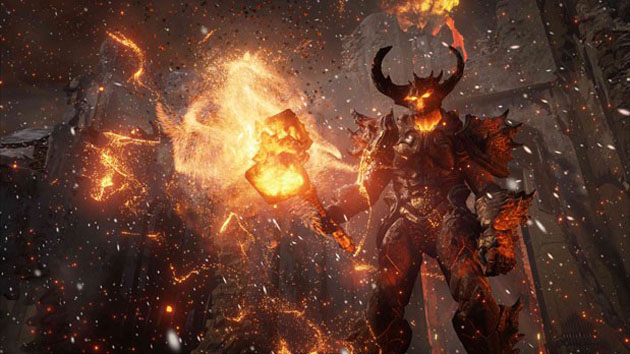 Epic said Wednesday that its ludicrously affordable pricing scheme aims to put Unreal Engine 4 within reach of every developer out there, from indies to large triple-A development teams “and Minecraft creators as well”.

For $19/month you can have access to everything, including the Unreal Editor in ready-to-run form, and the engine’s complete C++ source code hosted on GitHub for collaborative development.

This is the complete technology we at Epic use when building our own games, forged by years of experience shipping games like Gears of War for Xbox and Infinity Blade for iOS, and now reinvented for a new generation.

And to get developers up to speed, Epic is shipping a number of ready-made content, samples and game templates in Unreal Editor’s Marketplace. Over time, Marketplace will grow into an ecosystem of paid and free content, à la App Store.

Check out Unreal Engine 4 running in the Firefox browser without plugins.

Nvidia said that Unreal Engine 4 is optimized for its GPUs and mobile chips.

To me, it’s ridiculous that anyone can now access the world’s most sophisticated game engine for just $19 a month. I’m thinking that Unity will soon bring its Pro pricing down.

By the way, Tencent now owns both Epic Games and Riot Games, to name a few, with a South African company owning a 35 percent stake in Tencent itself.