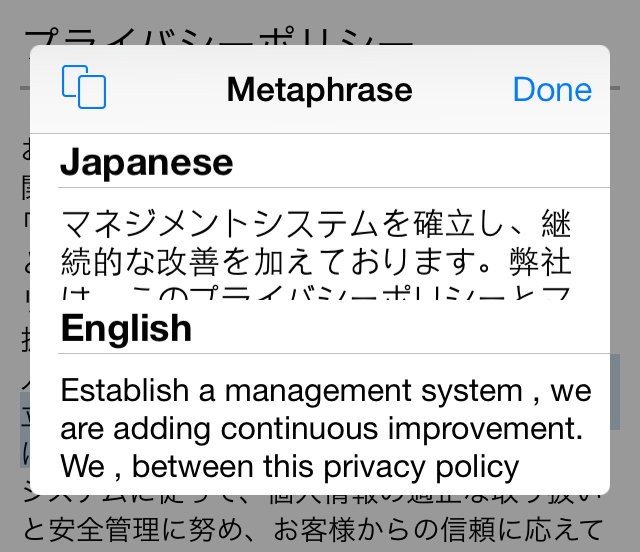 Metaphrase is a recently released tweak that lets you translate text on the fly within any application in iOS. The release, which works as an add-on to Ryan Petrich’s popular ActionMenu tweak, lets you select text from the copy and paste menu to easily translate words from one language to another.

There are dozens of languages available to use in Metaphrase, and you can choose to have it translate words and phrases using the system language established in iOS’ settings. For a video look into how Metaphrase works, check out our full walkthrough inside.

After installing Metaphrase, you can begin using it immediately. Open the app of your choice, and highlight any text to invoke the copy and paste menu. From this menu, which is now expanded due to the prerequisite installation of ActionMenu, you’ll find a translate button. Tap the translate button to translate the text to the system language.

If you’d instead like to translate the text into another language, head to the stock Settings app and open Metaphrase’s preferences. Inside its preference, you’ll find a system language toggle; disable this toggle and select your preferred language from the list that lies below. 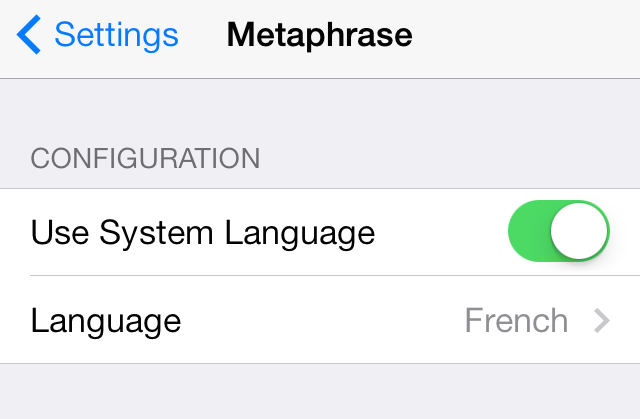 Metaphrase has the ability to translate single words, but it can also quickly translate entire phrases, hence its name. It’s a powerful jailbreak tweak that can come in handy if you often peruse websites and apps that are written in an unfamiliar language.

If you want to take Metaphrase for a spin, then head over to Cydia’s ModMyi repo where you can download it today for $0.99. Let me know what you think about it in the comment section below.