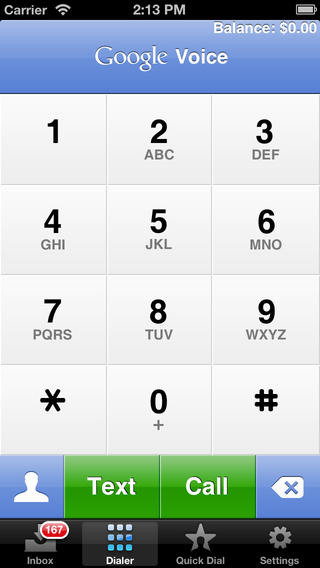 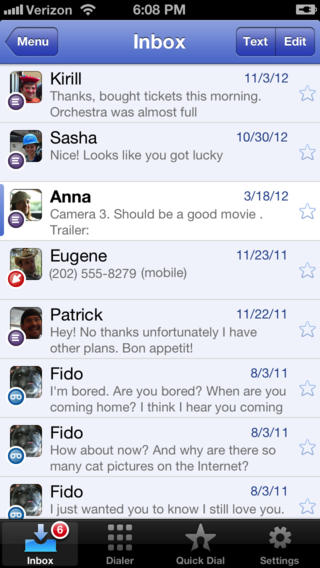 Have you even wondered why it’s been nearly six months since Google last refreshed the free Google Voice for iPhone application (it still lacks iOS 7 styling)? After all, isn’t Google Voice supposed to be a priority for the Internet giant?

For those unfamiliar with it, Google Voice is a telephony service that offers a bunch of nice features such as voicemail, free text messaging, call history, conference calling, call screening, call routing, blocking of unwanted calls and voice transcription to text of voicemail messages, to name a few.

According to a new report, Google could be looking to retire the standalone Voice app for iOS and Android and instead fold its functionality into the native Hangouts app, which was released in the App Store in May of 2013…

Google is apparently planning to kill Google Voice in coming months and integrate its features into the Hangouts software on desktop and mobile.

Seth Weintraub of 9to5Google has the scoop:

We’ve heard that Google Voice is getting dragged to the trash can and most of its functionality will be incorporated into the Hangouts apps on both Android and iOS.

This has already happened to an extent with the ability to phone friends on Hangouts, but we’re hearing the full shuttering and depreciation of the app is the next step.

That’s an interesting turn of events.

If the rumor proves true, you’ll be able to both make and receive VoIP calls directly from your Google number, using the Hangouts on iOS and Android (the web version of Hangouts already allows this).

The author notes that wireless carriers will have their say over the move because such a service would need to be enabled by them, just like Apple’s FaceTime.

The VoIP functionality would allow those willing to trust Google with their number to have a way to drop their carrier voice plans altogether – an extremely controversial move and one we’d expect to see challenged by carriers.

The move is said to be “months out” so we could be in for an announcement at Google I/O 2014. For what it’s worth, T-Mobile last November allowed MMS messages from their users to be sent to Google Voice customers.

“We continue to work with other carriers to broaden support for messaging and bring MMS to Hangouts,” Google said at the time,  teasing “more good things” coming.

Strangely enough, VoIP calling is already available on the iOS app but not on the Android app. Another tell-tale sign: Google recently allowed Hangouts to take over Android’s SMS functionality.

The writing has certainly been on the wall for quite some time.

Google’s communications and messaging services have been a mess for a long time and the firm could certainly benefit from a much-needed streamlining. Before the mobile Hangouts was released, Google supported four separate services on iOS, Android and the web: Gtalk, Google+ Messenger, Messaging and Voice.

Messenger was finally retired a few months after Hangouts made its debut, followed by the Messaging app removal shortly after. Therefore, it would make lots of sense to fold Google Voice functionality into Hangouts, leaving Google with a single messaging and communications platform.

The innovative service, which had nearly four million users as of last year, lets you pair your existing mobile and landline numbers to a single Google number, making it easy to make free PC-to-phone calls within North America, and PC-to-PC voice and video calls worldwide between users of the Google+ Hangouts.

You can download Google Voice for iPhone free in the App Store.