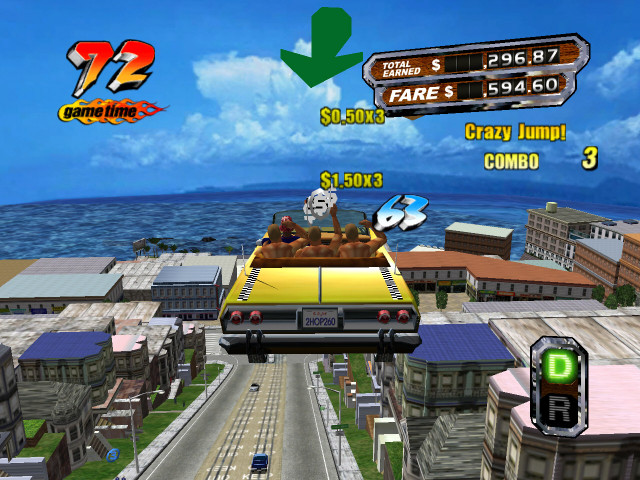 This past Friday, games maker Sega flagged down a Crazy Taxi sequel, dubbed Crazy Taxi: City Rush. As part of the announcement, the original Crazy Taxi for the iPhone and iPad has gone free in the App Store for a limited time. This is free in a true sense of the word – there are no in-app purchased to spoil the fun whatsoever! Crazy Taxi is based on the hugely popular Dreamcast classic and if you haven’t played this game yet, I wholeheartedly recommend giving it a try.

It’s a title unlike any other. I mean, what other game lets you hurdle off parking garages, barrel through traffic-packed streets and perform crazy combo and stunts as you attempt to scare up the most fares? As a bonus, Crazy Taxi is packed with humor and you can’t beat the fun factor…

You can play in touch or tilt control modes and choose from three, five or ten minute gameplay in Arcade and Original mode. Trust me, it’s a blast!

As for the sequel, mobile-exclusive Crazy Taxi: City Rush will soft-launch soon in select markets as a freemium download, Sega said last Friday.

The game basically takes the familiar Crazy Taxi concept and soups up the gameplay with modern visuals (see the iPad screenies below), expanded environments and customizable cabs while leaning heavily on the social component, allowing you to connect to Facebook to compete against your friends. 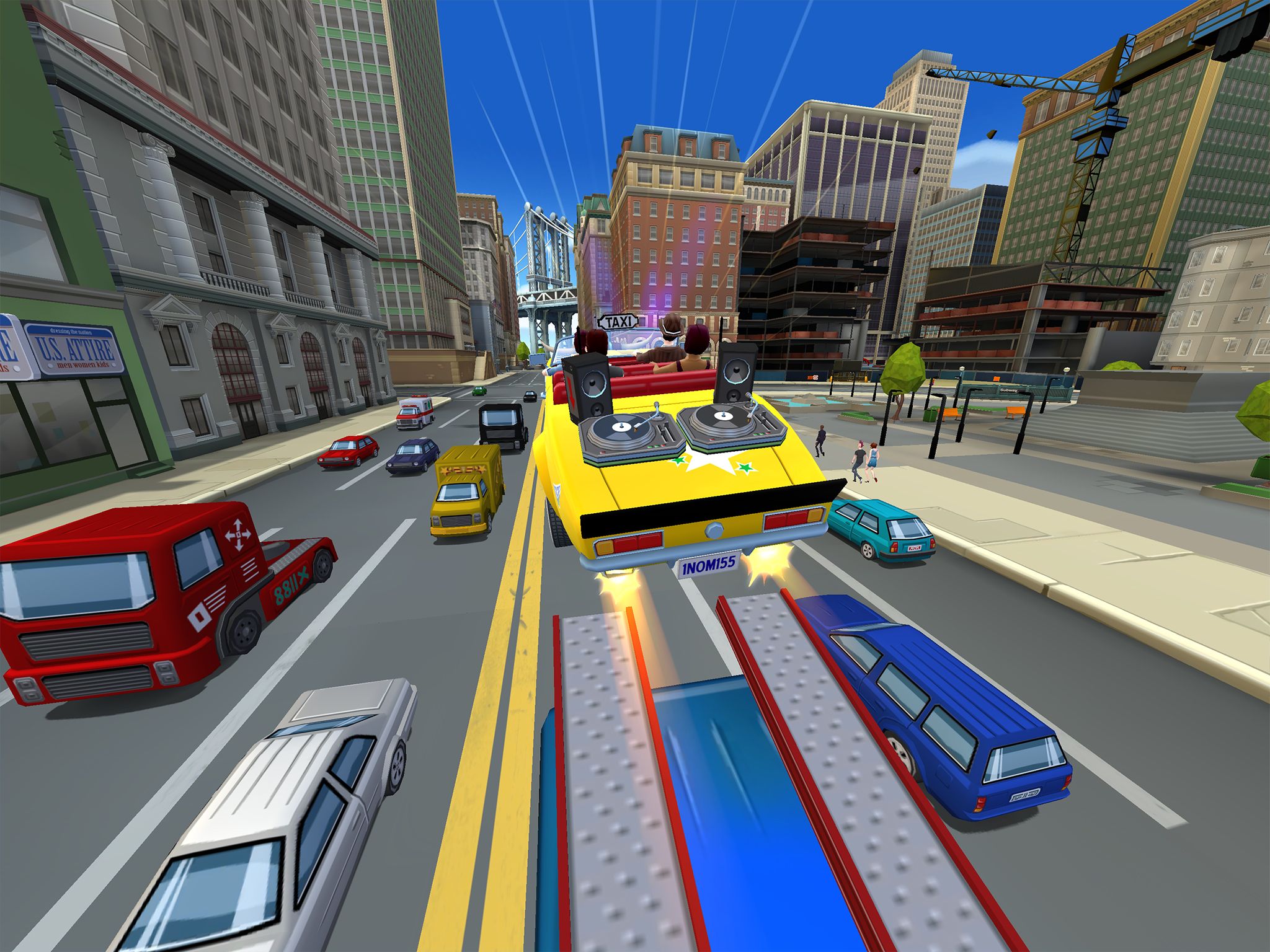 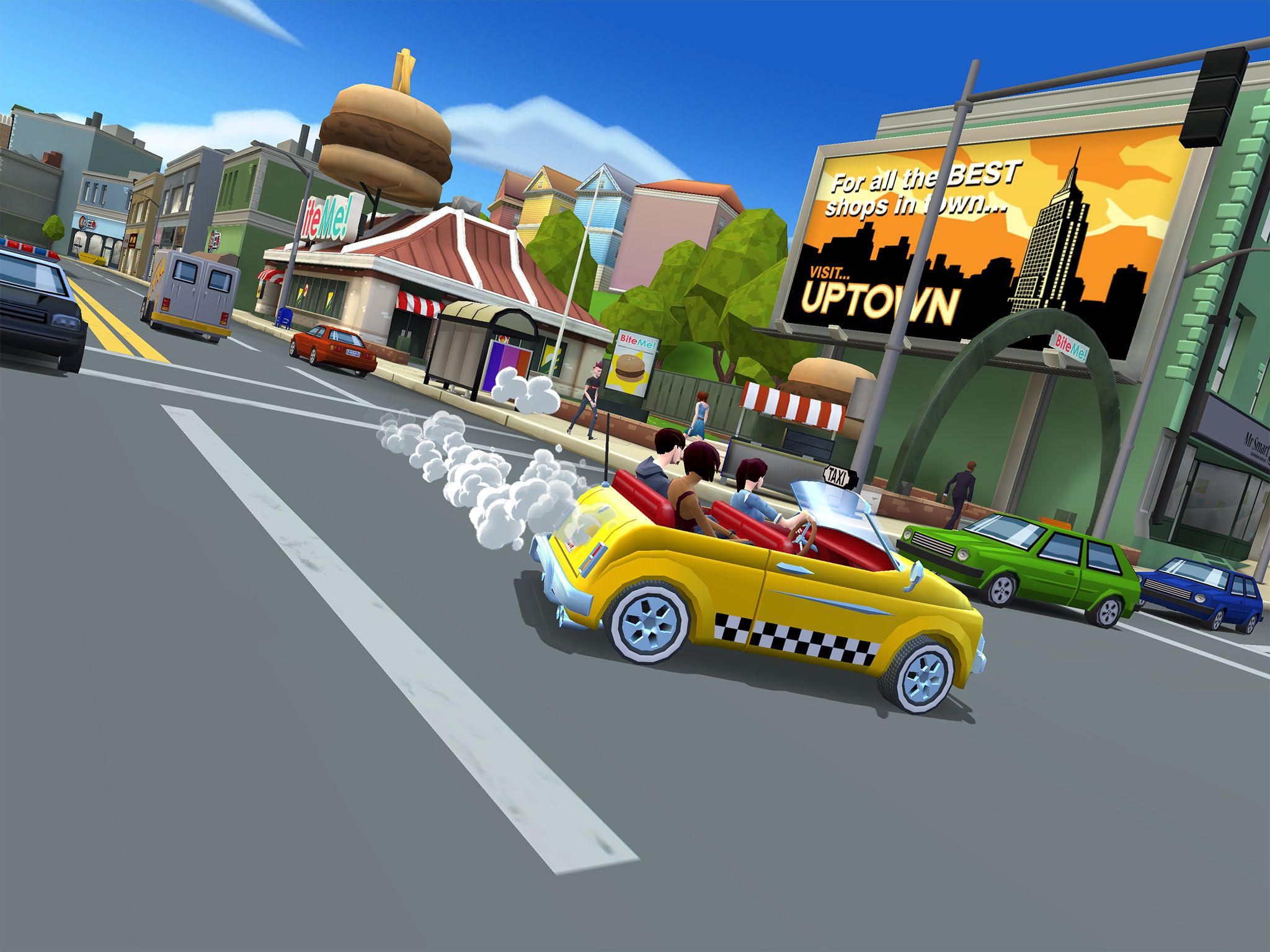 A collaboration between original Crazy Taxi creator Kenji Kanno and Hardlight Studios of the Sonic Jump and Sonic Dash fame, City Rush opts for a more approachable controls that’ll have you tapping and swiping to maneuver your vehicle.

Polygon has more on that, based on their hands-on time with the game:

The gas pedal is permanently floored, which left us to navigate the titular taxi by hopping lanes with a left or right swipe. Braking to drop off or pick up new customers was as simple as tapping a touch screen, while sharp turns and U-turns required holding a swipe or moving our finger in a specific direction.

Gameplay was simplified for the mobile platform, but still felt as frantic as console versions, thanks to the need to dodge cars or quickly switch lanes.

Be advised – the game will be free until Wednesday, March 19.

The 151MB download runs natively on your iPhone and iPad and requires the iPad 2 or later, the iPhone 4 or later or the fifth-generation iPod touch.

I still have my Dreamcast lying around somewhere…