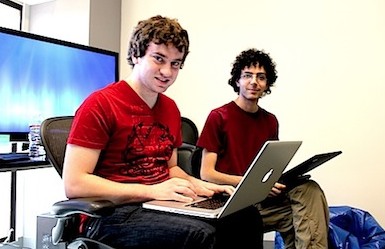 Google held its Pwnium 4 security competition last week at CanSecWest in Vancouver, Canada. The day-long event ended with hundreds of thousands of dollars being awarded to hackers who demonstrated exploits in Google Chrome. And believe it or not, $150,000 of that went to Geohot.

For those not familiar with the name, Geohot has picked up a number of headlines over the past 7 years. After hacking the iPhone he took his talents to the PS3, where he caused enough chaos to get sued by Sony. And he’s since been spotted at Facebook, iOSDevCamp and various other places…

Congratulations to geohot for an epic Pwnium competition win. Pinkie Pie provided a fascinating set of vulnerabilities that will be rewarded through the Chrome VRP program. Moreover, one of the bugs exploited by VUPEN on Pwn2Own affected Chrome OS.

We’re delighted at the success of Pwnium and the ability to study full exploits. We anticipate landing additional changes and hardening measures for these vulnerabilities in the near future. We also believe that both Pwnium submissions are works of art and deserve wider sharing and recognition. We plan to do technical reports on these submissions in the future.