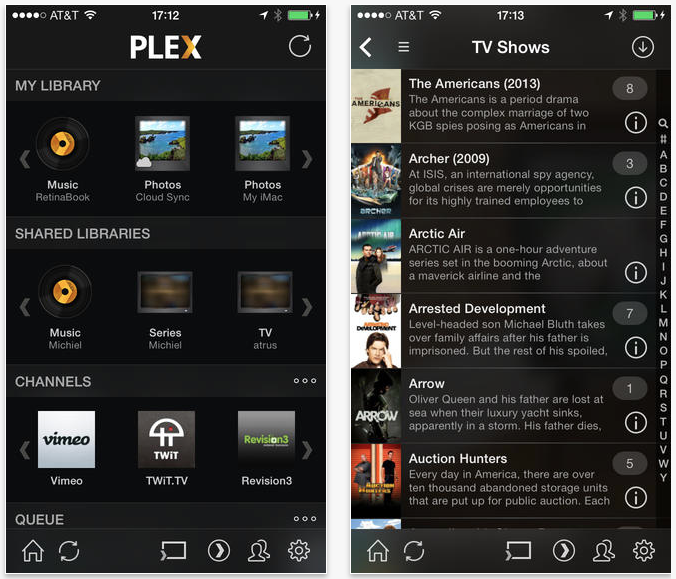 Good news for Plex users this afternoon. The popular streaming media platform has updated its iOS client, bringing the app to version 3.4. The update brings about a number of changes, including free Chromecast support, as well as support for play queues & shuffle support.

While the Plex app previously supported Google’s Chromecast digital media player, the feature required a [paid] Plex Pass subscription. But now, it’s available to everyone for free, allowing all users to stream videos, photos and music from their iOS devices to their television sets…

Another major new feature added today is the ability to automatically upload your camera roll photos to your media server. This not only serves as a form of backup for your photos, but it also makes them available on all of your Plex devices. (Note, this does require Plex Pass).

For more information on today’s update, click here to visit Plex’s blog post. Otherwise you can grab the latest version of the Plex app, for both the iPhone and iPad, for $5 in the App Store. The Plex Pass costs $4 per month, $30 per year or $75 for a lifetime subscription.