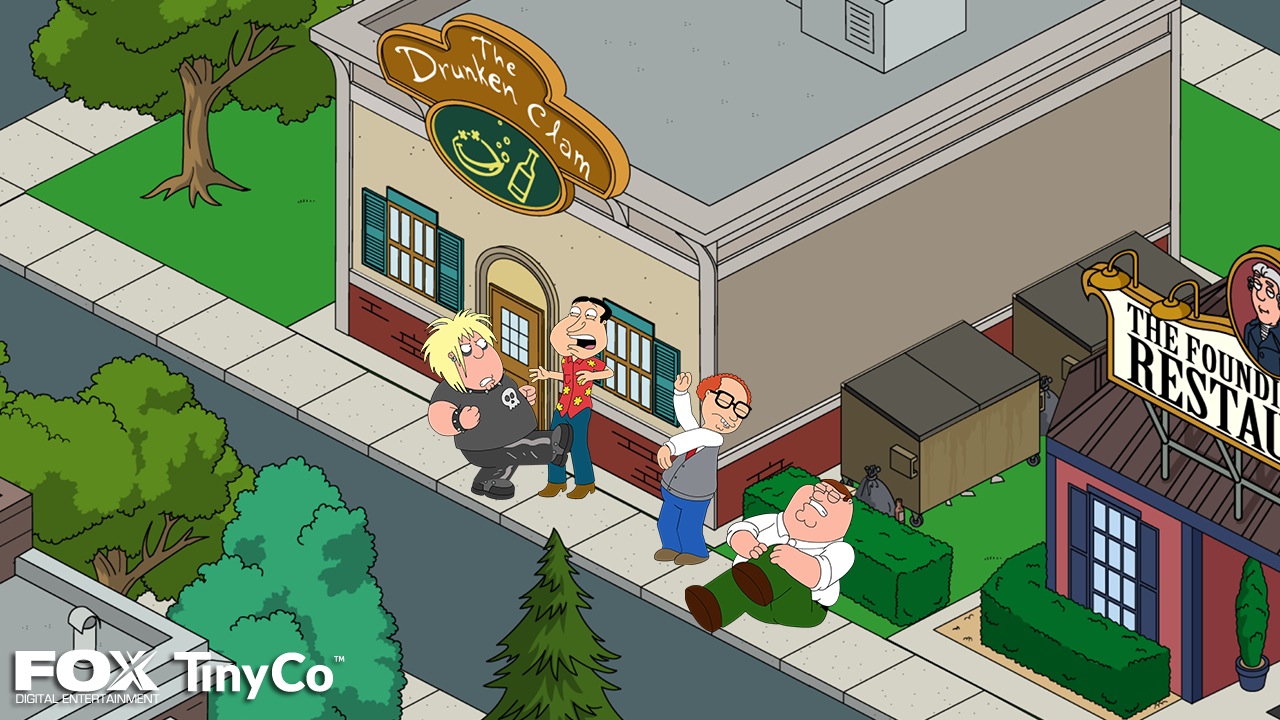 Back in December, Fox and San Francisco-based mobile gaming studio TinyCo announced that they were partnering up to build a Family Guy game. They didn’t offer up many details about the title, but they did say that it would launch sometime in 2014.

Today, we get to see our first screenshots of the game, and we have to say it looks exactly like we imagined it. In the image above you can see Peter doing his popular injured leg gag, and Chris, Quagmire and Mort all fighting outside of the Drunken Clam… 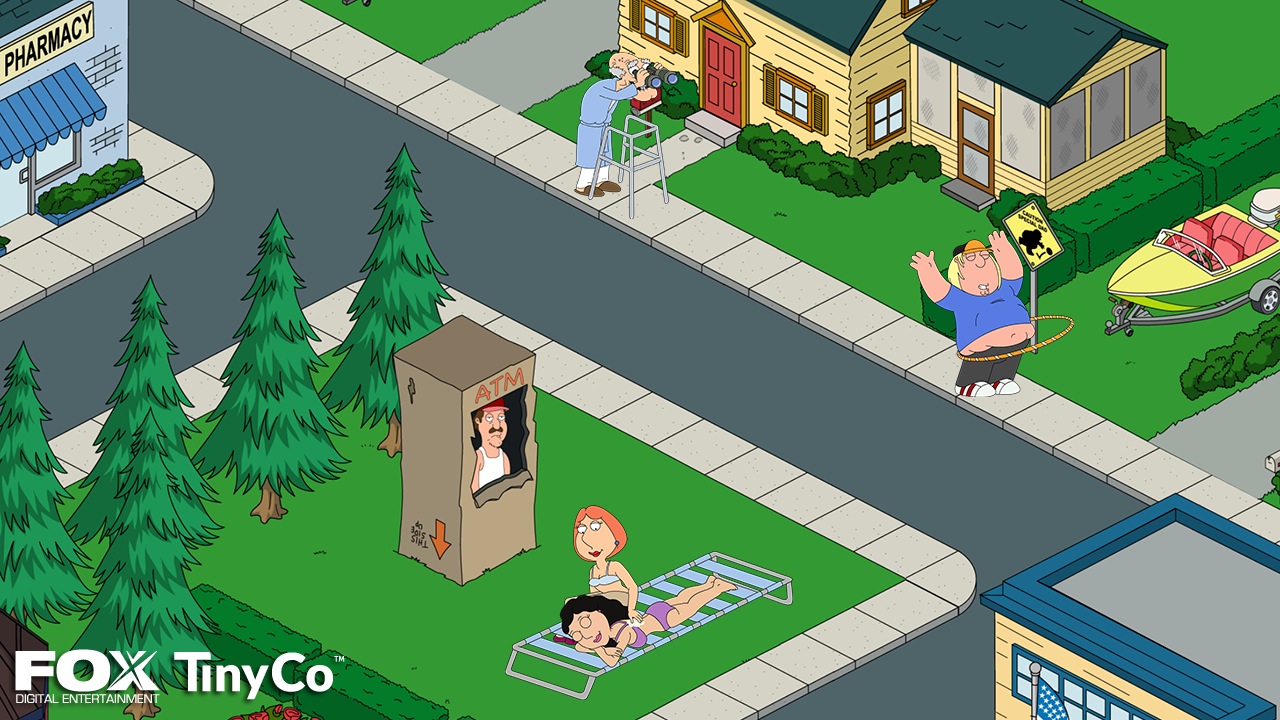 The game will feature elements of resource management, but its focus will be on character and story, with a “large meta-arc” that will play out many months after release. TinyCo is working closely with the creators of the show to ensure an authentic experience.

And they’ll have a lot of material to work with. Believe it or not, Family Guy has been on the air since 1999 (well, there was a brief, two-year hiatus from 2003-2005) and has recorded 12 full seasons of television. That’s enough to put it well over the 200-episode mark.

Anyway, there’s no word yet on when the game will be released, but TouchArcade believes we could see it as soon as next month. Only time will tell if the game will do for the franchise what ‘Tapped Out‘ has done for The Simpsons. Stay tuned, we’ll keep you updated.