Apple released version 6.1 of its Apple TV software alongside iOS 7.1 on Monday. The update seemingly included little in the way of changes, outside of a new option that allows you to hide channel icons from the main menu.

But apparently there’s a hidden feature in the new firmware that hasn’t been talked about much, and it’s actually a fairly big deal. According to a new report, ATV 6.1 enables you to discover AirPlay connections via Bluetooth…

“Here’s one that will make educators and education network administrators realllllly happy. There’s a hidden gem in the AppleTV 6.1 update that was released today.

In addition to bonjour negotiation for AirPlay, iOS 7.1 devices will also look for AirPlay sources over bluetooth when doing it’s scan! This means you do NOT need bonjour to AirPlay.

The author of the post, Derick Okihara, says that there are 3 requirements to get this to work. You’ll need an Apple TV running 6.1 software, an iOS device running iOS 7.1, and some sort of IP connectivity between the two devices.

Okihara is able to demonstrate his theory by discovering an AirPlay connection on his Apple TV via his iPad, over Bluetooth. He does note, though, that he was not able to get this to work when going from his Mac to Apple TV. 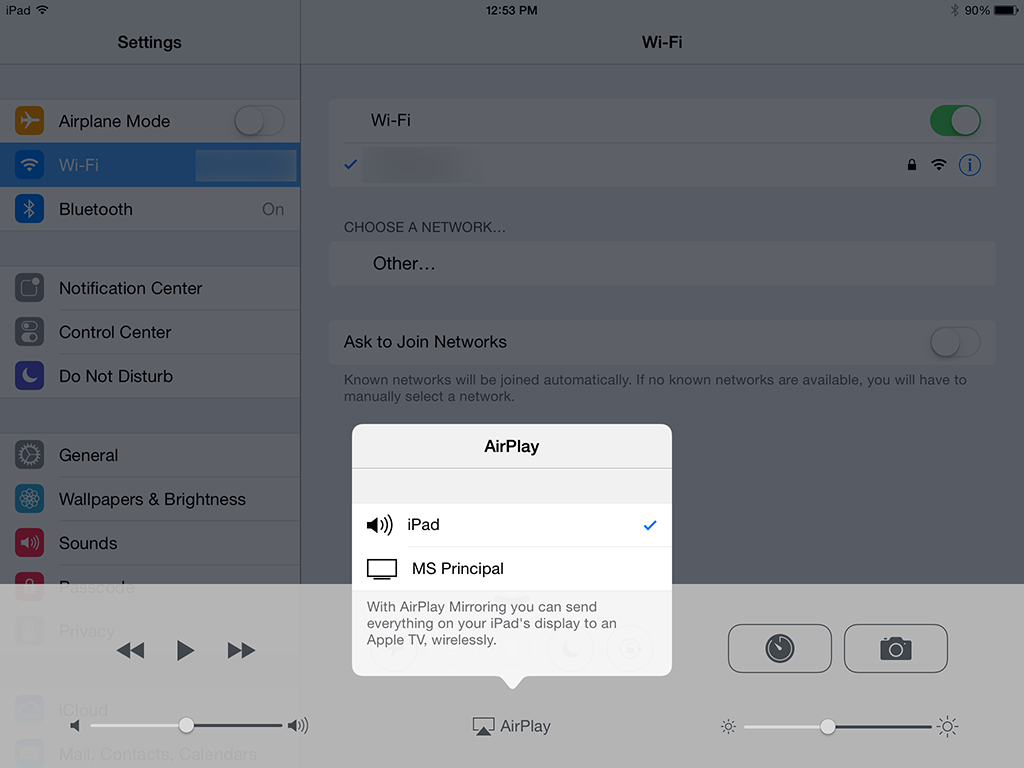 The implications here are huge. The Apple TV+iOS device solution is becoming a popular replacement for old-school projectors in both education and business. And with this feature, they wouldn’t have to mess with network settings.

Also remember that Apple is rumored to be working on a big update for the Apple TV—one that includes better support for games and Apple’s new iOS 7 controller API. So keep an eye on this, it may not be the last time you’ll hear of it.

Update: the above article has been edited to clarify that the Apple TV 6.1 update allows users to discover AirPlay connections via Bluetooth—it does not actually conduct AirPlay sessions over Bluetooth.