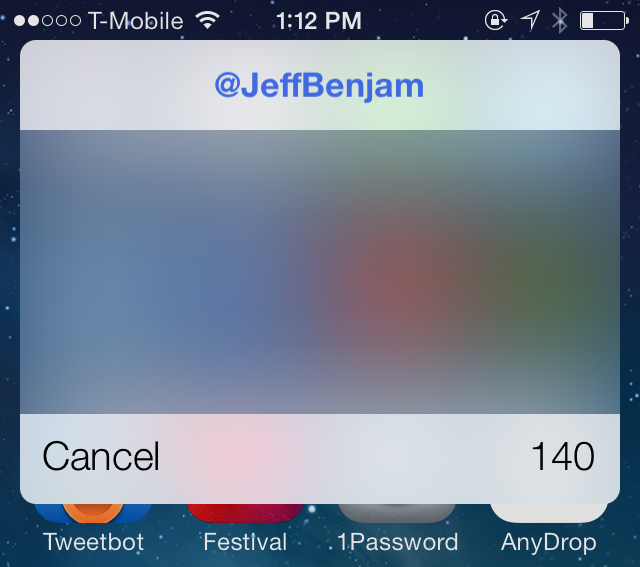 If you’ve been around the jailbreak scene for any considerable amount of time, then you probably recognize the name TwitkaFly. It’s a jailbreak tweak that’s been around since the iOS 4 days, and it allows you to use quick reply and quick compose features with Twitter.

TwitkaFly was just recently updated for iOS 7, and it brings with it a fresh coat of paint and compatibility with Apple’s latest OS release. As you’ll see from our video walkthrough, TwitkaFly isn’t perfect, but it’s a tweak that you should definitely consider if you’re a big time user of the official Twitter app or Tweetbot

The great thing about TwitkaFly is that it lets you quickly compose new tweets from virtually anywhere. You can compose tweets using an Activator gesture, Control Center toggle, Lock screen shortcut, or Notification Center shortcut.

Once you install TwitkaFly, you’ll need to head over to the stock Settings app to configure its preferences. The first thing you’ll need to do is add a Twitter account. TwitkaFly allows you to connect to the Twitter accounts already configured via the Twitter setting in the stock Settings app, so it’s super-easy to link you accounts. After the accounts are linked, you can start composing and replying to messages with ease. 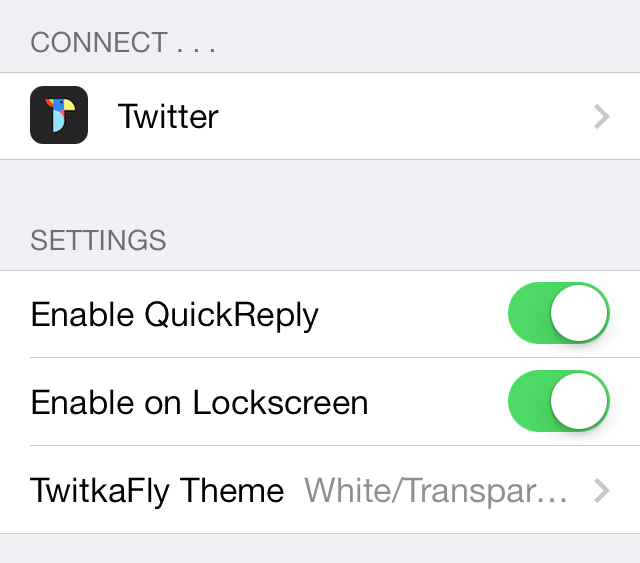 When you receive an incoming banner notification with quick reply enabled, you can quickly reply to tweets using the TwitkaFly overlay. Unfortunately, direct messages are not supported at this point, but you can use TwitkaFly to quickly reply to @mentions from Tweetbot and the official Twitter client. For those wondering, direct message replies are slated to be supported in a future update.

TwitkaFly features five different themes—white, dark, transparent, transparent/white, and white/transparent—to select from, and each theme can be quickly changed on the fly with no resprings. I’m a big fan of the dark theme mixed with the dark keyboard, but the transparent themes are pretty nice as well. Notwithstanding the good-looking themes, I can’t help but to think that something looks out of kilter when it comes to TwitkaFly’s design. I think it may have to do with the font or the font spacing, but it’s something that’ll probably go unnoticed to the average user. 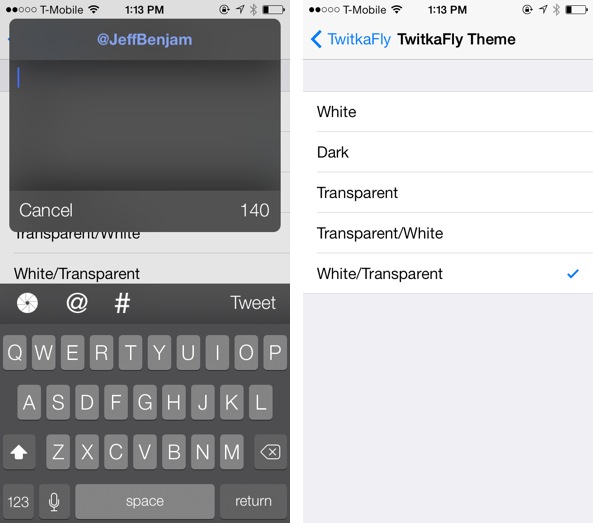 If you already own TwitkaFly for iOS 6, then the update to TwitkaFly for iOS 7 can be had for $1.99. All other users will need to shell out the full $3.99 for the privilege of using TwitkaFly on the latest jailbreakable Apple firmware. While that might seem pricey, there is a free 3-day trial that comes with TwitkaFly, so you’ll have ample time to put the tweak through the ringer in order to see if it meshes with your Twitter workflow.

TwitkaFly for iOS 7 can be found right now on Cydia’s BigBoss repo. Let me know what you think about it in the comment section down below.