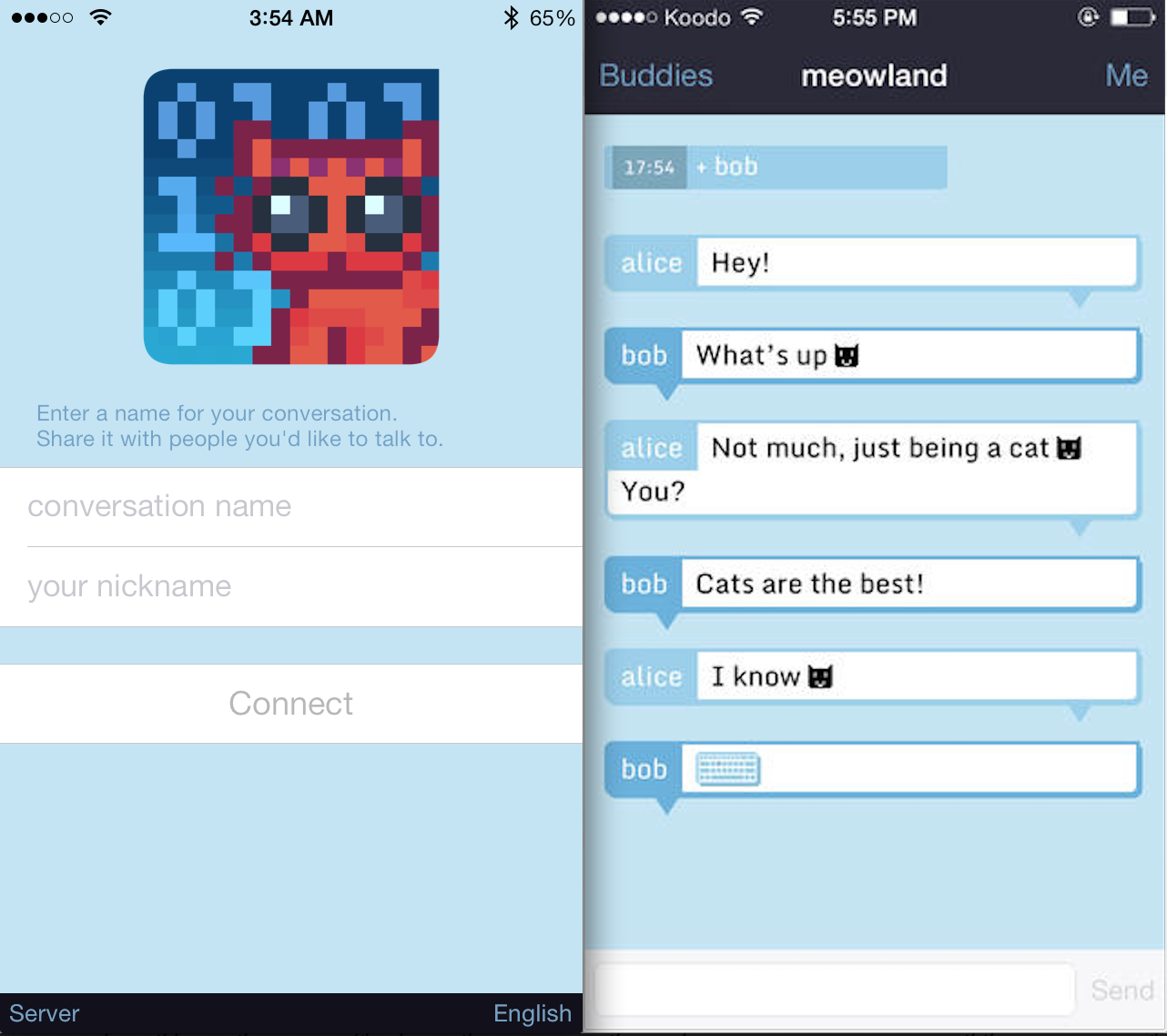 Popular encrypted chat app Cryptocat has launched this week for iOS. Originally available as a desktop app and a browser plugin, the app offers strong encryption and secrecy for text conversations, as well as protection from government intrusion thanks to its Swedish nuclear bunker headquarters.

This week’s iOS launch comes after an initial rejection by Apple’s app review team in December. Cryptocat’s founder Nadim Kobeissi called Apple’s reason for rejection ‘illegitimate,’ but it’s obvious someone or something had to give because the app is now available for download in the App Store…

“Easily have group conversations with your friends without fearing monitoring or interception. Cryptocat is free, open chat that aims to provide an open, accessible Instant Messaging environment with a transparent layer of encryption that’s easy to use.

Cryptocat is developed by privacy advocates, for privacy advocates. Big Data providers continue to amass gigantic amounts of personal information without providing any guarantee of privacy, while encryption remains largely inaccessible. This means that a lot of what you do online is not within your control, but rather susceptible to governmental or corporate interception.”

And the Verge has more from Kobeissi:

“Reached by The Verge, Kobeissi said the App Store difficulties had been fully ironed out, although his non-disclosure agreement as a developer prevented him from explaining exactly how. “There was some very important help given by the Electronic Frontier Foundation, and we ended up scheduling a conversation with Apple, and after a while Apple was very gracious and understanding,” he said. “I couldn’t be happier with Apple right now.”

For those who aren’t familiar with Cryptocat, it’s a messaging app that does not require any kind of setup—so no usernames, email addresses or accounts of any kind. You simply enter an alias and start chatting, without having to worry about being spied on. There are no chat logs or buddy lists.

There was a time when apps like these were for a very niche group of privacy-conscious users, but these days they are much more popular. Between the onslaught of leaks regarding the NSA’s illegal spying efforts and daily hacking reports, more and more users are looking for digital protection.

If you already use Cryptocat, this app is a no-brainer, as it seamlessly connects to its counterparts. And even if you aren’t a current user, it’s still worth checking out if you’re in the market for an encrypted chat app, as it comes highly recommended. Cryptocat is available in the App Store for free.