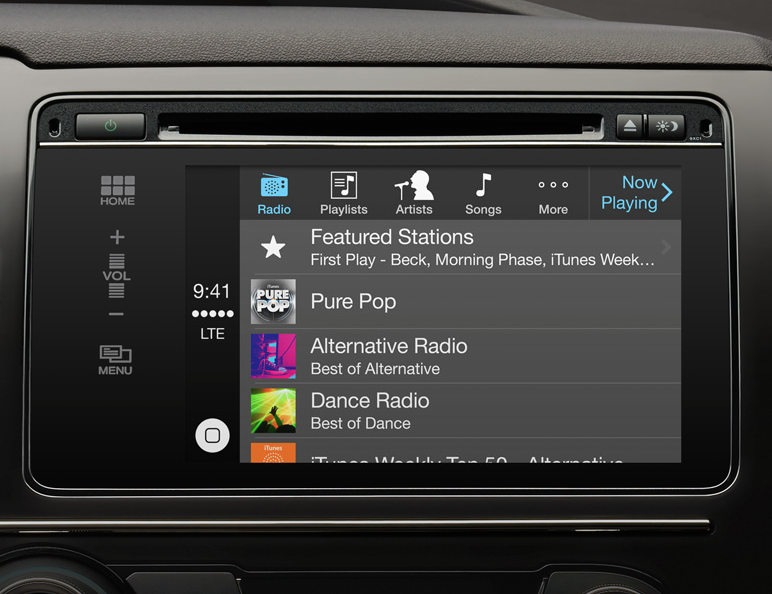 When Apple officially announced CarPlay, its highly anticipated vehicle integration project, yesterday, it noted the feature would support third-party music apps. The list it provided, however, was rather short including just iTunes Radio, Beats, Spotify, Stitcher Radio and iHeartRadio.

So what about all of the others? It’s not looking good. Pandora confirmed with MacRumors last night that CarPlay will not include integration with its popular streaming music service, at least at launch. Despite this, the company says that Apple “continues to be a valued partner.”

Here’s the statement via MacRumors:

“At this time, Pandora is not integrated with Apple CarPlay. As a first mover in the auto space, we continue to broaden our relationships with OEMs while also exploring other opportunities to expand our presence in the car. Apple has been and continues to be a valued partner.”

It’s unclear why Apple chose to leave apps like Pandora off the launch list, but the site speculates that it could be because its service is so similar to iTunes Radio. They both offer station-based, customizable radio stations based on a user’s preference in genre, artist and listening habits.

But to be honest, Pandora probably isn’t too concerned with the launch omission, considering its app is already integrated with over 100 different vehicle models (BMW, GM, etc.) and various aftermarket devices. And from the sound of it, it’s working with Apple for a future CarPlay deal.

For those who missed it yesterday, Apple unveiled CarPlay at the Geneva Motor Show. Previously referred to as ‘iOS in the Car,’ the feature enables iPhone users to access Maps, Messages, Phone and other apps via their in-car controls and display to allow for safer operating while driving.

CarPlay will debut in vehicles from Ferrari, Mercedes-Benz and Volvo this week, but will be made available by dozens of other manufacturers at a later time.