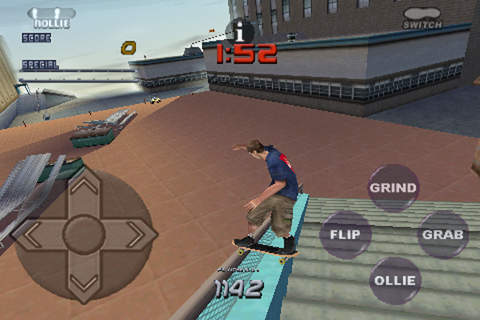 Skateboarding legend and mogul Tony Hawk revealed last night that he’s working on a new skateboarding game for mobile devices. During an interview with Larry King, Mr. Hawk said that the game will have swipe-based controls and is coming this year.

Unfortunately, very few other details are known about the game—we’re not even sure if it’s going to launch under the familiar ‘Tony Hawk Pro Skater’ branding—but given Hawk’s track record, we’re excited. We have a clip of the Larry King interview below…

We are working on a game for mobile devices, for phones and tablets. It’ll be coming this year. I already got in trouble for saying it’s coming at all, so now I have to backtrack. It’s basically for mobile devices and we have a swipe control system so that you utilize the actual touch screens. You can control a character on your phone that skates.

Of course, Tony already has a game in the App Store—Tony Hawk’s Pro Skater 2, but it hasn’t been updated since 2010. There are also some other popular skateboard games, including True Skate and Touch Grind, but neither of them have Tony’s franchise reach.

Mr. Hawk didn’t give offer up any kind of launch date, but he did say that he’s expecting it earlier rather than later.

What do you think about a new Tony Hawk game coming to iOS?