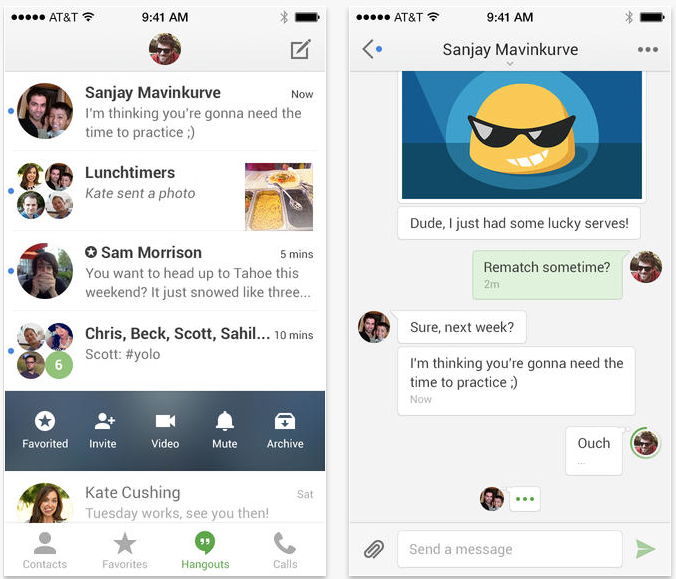 Google updated the iOS client for its popular messaging platform Hangouts today, bringing the app to version 2.0. The update brings about a number of improvements including full optimization for the iPad and iOS 7 and more.

A few new features have also been added, such as the ability to share animated stickers and record and send video messages up to 10 seconds long. Additionally, you can send a map of your current location to other Hangouts users…

– Fully-optimized for the iPad, including picture-in-picture video calling
– Animated stickers that help you share exactly how you’re feeling
– Record and send video messages up to 10 seconds long
– Send a map of your current location
– Optimized for iOS 7

Another thing you’ll notice about the app is the updated iOS 7 design. So not only does Hangouts now look good on the iPad, but it also looks right at home on Apple’s new mobile OS with white spacing, thin text and flat UI elements.

For those unfamiliar with it, Google Hangouts is an all-in-one, cross-platform messaging service that allows you to send and receive text, photo and video messages. Users can also create group video conferences, known as ‘hangouts.’

If you’re interested, you can find the latest version of Google Hangouts in the App Store for free.