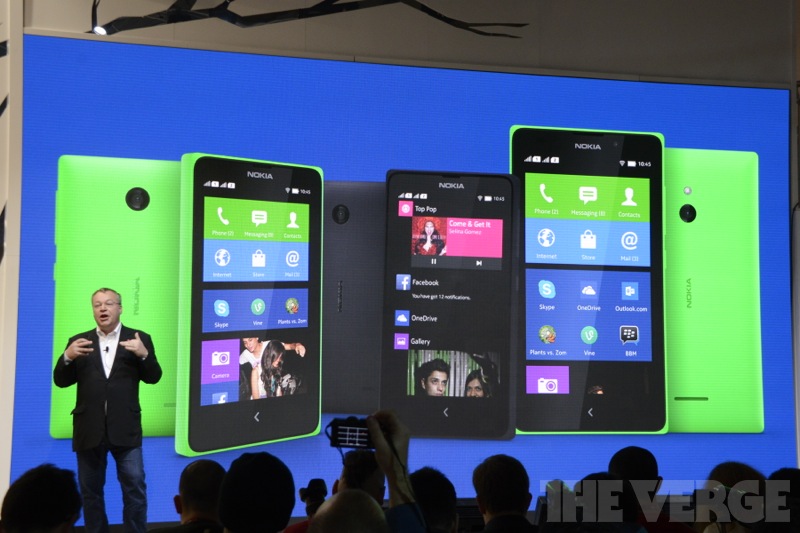 So the rumors were true. Despite being a long-time parter of Microsoft’s Windows Phone platform, and despite being outright purchased by the Redmond company last fall, Nokia has been working on an Android strategy. And tonight, it unveiled that strategy to the world.

At its Mobile World Congress press event in Barcelona, the Finnish handset-maker introduced not one, but three new Android phones: the X, X+ and XL. The X and X+ both have 4-inch displays, and similar specs, and as you’d imagine the XL has a larger 5-inch display…

As far as hardware goes, these phones aren’t comparatively impressive. The X and X+ each have a 4-inch WVGA display (800 x 480), a 1GHz dual-core Qualcomm Snapdragon processor, 512MB of RAM, 4GB of storage, microSD support, a 5MP camera and a 1500mAh battery. 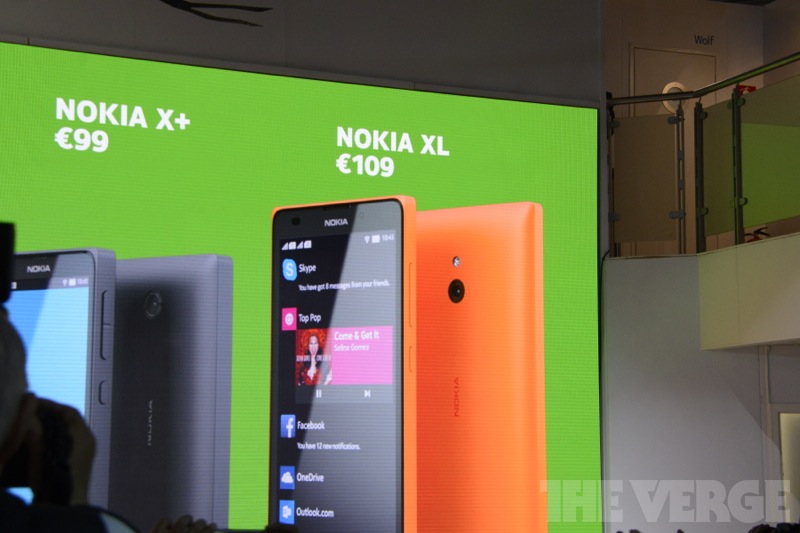 The X+ differentiates itself in that it offers more storage and more memory. The XL appears to have similar stats as the X+, including the 5-megapixel camera and a 2-megapixel front-facing camera, except that it has a larger 5-inch WVGA IPS display (resolution not available yet).

Looking at the software, most people would probably have a hard time telling it’s Android. That’s because it’s not really Android, but more of a forked version of the mobile operating system. It’s a lot like Amazon’s Kindle Fire devices—theres no visible Google or Android badging.

In fact, it appears that everything is going to hook into Nokia and Microsoft apps and services: Nokia’s stock apps and Android app store, and Microsoft’s cloud and search services. Nokia has also installed its Fastlane UI for quickly navigating between social networks and messages.

The whole thing makes for an interesting move—one that could have major implications for Nokia, Microsoft and the rest of the mobile landscape. I mean, you have to wonder what Microsoft thinks about this, as its mobile Windows Phone platform continues to struggle in major markets.

Anyway, if you’re interested, the handsets will be offered in a variety of colors and launch in various markets starting immediately. The Nokia X will cost €89 ($122), the Nokia X+ €99 ($136) and the Nokia XL will unsurprisingly be the most expensive device in the family at €109 ($150).

So, what do you think of Nokia’s new Android handsets?

Photos via The Verge