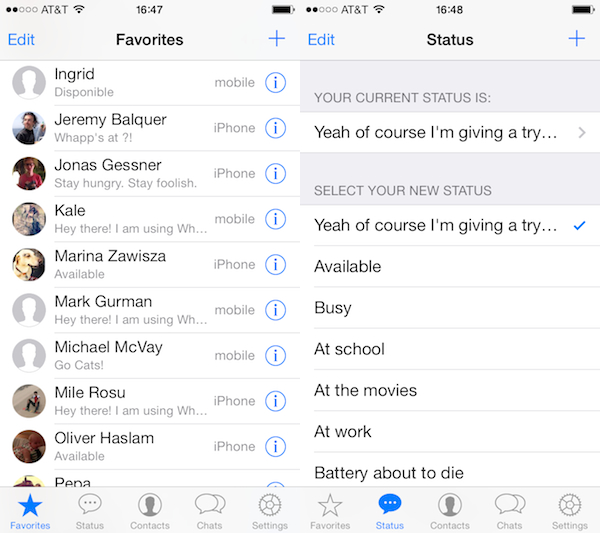 Update: It appears that WhatsApp service has been restored for at least some users. I am successfully able to send messages again using the app in Canada. We will wait for official word from WhatsApp to confirm that the downtime has been resolved.

Twitter is lighting up with tweets that popular cross-platform messaging service WhatsApp is experiencing a widespread outage. iDownloadBlog can confirm that the downtime is affecting users in Canada, United Kingdom, Germany, Spain, and several South American countries, and numerous tweets indicate that other areas are affected as well. The outage has been ongoing since at least 1:30 to 2:00 PM Eastern…

When a user attempts to send a message on WhatsApp during the outage, the send button is greyed out and a “connecting” status appears at the top of the app. WhatsApp has just confirmed the outage themselves in a tweet from their system status account, indicating that they are “currently experiencing server issues” and “hope to be back up and recovered shortly.”

sorry we currently experiencing server issues. we hope to be back up and recovered shortly.

This downtime comes just days after Facebook announced that it will be acquiring WhatsApp in a landmark deal worth upwards of $19 billion. WhatsApp boasts over 450 million monthly active users, with deep penetration in several international countries. While it is down, affected users can turn to Facebook Messenger, BlackBerry Messenger, iMessage or even good old face-to-face conversation.

Is WhatsApp down for you?