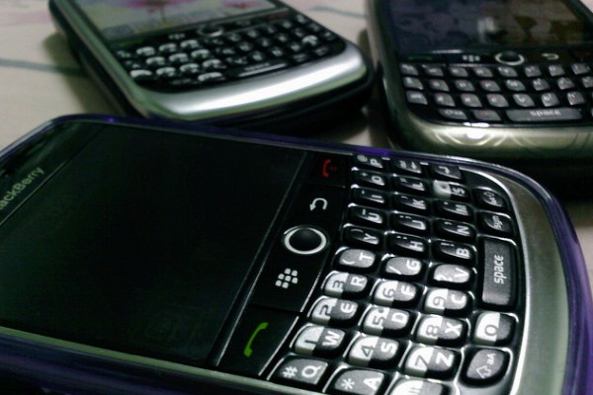 The Air Force Times is reporting this week that the US military branch is replacing 5,000 of its BlackBerry devices with smartphones from Apple. The move is part of a broader strategy to exchange the legacy devices for modern handsets.

Eventually, the outlet says that all Air Force mobile users will be required to trade in their old BlackBerrys for Apple’s iPhone, or other approved devices. This will be in addition to the 18,000 iPads the branch purchased in early 2013…

Here’s more from the Times (via AppleInsider):

“In order to keep costs down and save on network resources, BlackBerrys will be turned in and shut off once the user is transitioned to an iOS device,” Brig. Gen. Kevin Wooton, communications director for Air Force Space Command, said in a statement.

Any new BlackBerry provisioned after Jan. 1 will require a waiver from AFSPC/A6, Wooten said.

Initially, the Air Force will focus on replacing BlackBerrys and executive users and enabling about 5,000 iOS devices for use. The Air Force didn’t say whether these devices will be supported by the Defense Information Systems Agency’s new mobile device management software, but it’s likely that DISA will play a role in centrally managing Air Force devices.”

BlackBerry has since issued a statement to CrackBerry:

“The ongoing threat of cyber attacks requires organizations to be vigilant about mobile security. For customers that have the highest security requirements, such as those in government, there is nothing more secure than a BlackBerry device managed by a BlackBerry Enterprise Server.

There is a clear reason why BlackBerry has more government certifications than any other vendor, and the only enterprise mobility management vendor and handset maker to receive the Department of Defense “Authority to Operate” certification. Security is built into everything we do, and we’ve been doing it longer and better than anyone else.

We’ve been a trusted partner to government agencies for more than a decade, and have more than 80,000 BlackBerry devices in DISA alone. Our competitors have not been tested in the field or subjected to the long term rigors of high stress applications, making their security model difficult to trust. BlackBerry remains the best option for governments around the world.”

Unfortunately, this isn’t the only major government client BlackBerry is losing to its competitors. The company, which once had a monopoly on government and enterprise markets, has seen several high-profile patrons abandon ship.

John Chen is trying to right the ship though. In his first few months as CEO, he’s helped BlackBerry stave off a buyout, unveiled a strategy to help put the company back in the black, and stood up to T-Mobile’s trash-talking John Legere.