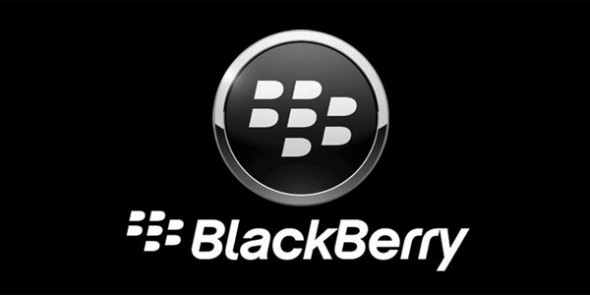 As a long-time competitor of, and what many believe to be a casualty of, the iPhone, we’ve been keeping a close eye on BlackBerry’s situation over the past several months. The last we heard, the company had agreed to sell itself to Fairfax Financial Holdings for $4.7 billion.

But apparently that’s no longer the plan. In a bit of a surprise move, BlackBerry announced this morning that it has given up on its effort to sell itself to a large investor, and that it will be replacing Thorsten Heins with former Sybase chief John Chen as interim CEO…

The news came in the form of a press release, where BlackBerry announced that rather than bid for it, Fairfax Financial will lead a group of investors that will pour more than $1 billion into the battered Waterloo-based company. The money will come in the form of a debt sale.

“BlackBerry (Nasdaq: BBRY; TSX: BB), a world leader in the mobile communications market, today announced that it has entered into an agreement pursuant to which Fairfax Financial Holdings Limited (“Fairfax”) and other institutional investors (collectively, the “Purchasers”) will invest in BlackBerry through a U.S. $1 billion private placement of convertible debentures.  Fairfax has agreed to acquire U.S.$250 million principal amount of the Debentures.  The transaction is expected to be completed within the next two weeks.”

BlackBerry says that today’s announcement marks the conclusion of the review of strategic alternatives it announced on August 12, 2013. It’s confident that an immediate cash injection is the best route for the company to take, and says it’s already begun making necessary changes. 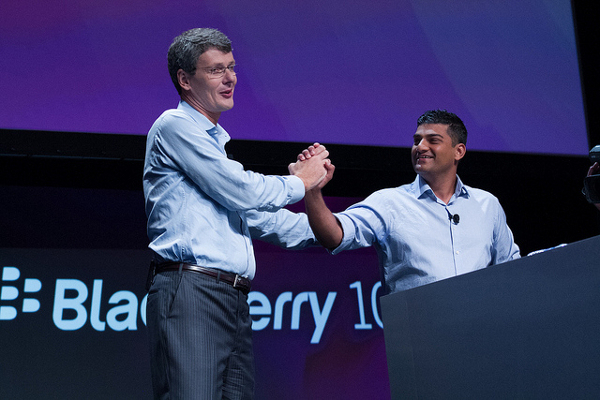 Here’s more on the executive shuffle:

“Upon the closing of the transaction, John S. Chen will be appointed Executive Chair of BlackBerry’s Board of Directors and, in that role, will be responsible for the strategic direction, strategic relationships and organizational goals of BlackBerry.  Prem Watsa, Chairman and CEO of Fairfax, will be appointed Lead Director and Chair of the Compensation, Nomination and Governance Committee and Thorsten Heins and David Kerr intend to resign from the Board at closing.

In addition to ceding the CEO post, Heins will step down from the board of directors, as will director David Kerr. Heins was hired as BlackBerry’s chief executive following the exit of its then co-CEOs Mike Lazaridis and Jim Balsillie—well after the company began its downward spiral.

But Heins hasn’t done much, if anything, to slow the bleeding. BlackBerry announced back in September that it would be writing off nearly $1 billion in unsold smartphones and cutting 40% of its workforce. That’s over 4,500 layoffs, one of the largest ever for a Canadian company.

Putting all of that behind us, though, it will be interesting to see what John Chen and the new board members can do. I think it’s admirable that they’re going to try to rebuild (although I’m not sure if they really had a choice or not), instead of taking the easy way out like Palm.

What are your thoughts on all of this? Is there any hope for BlackBerry?