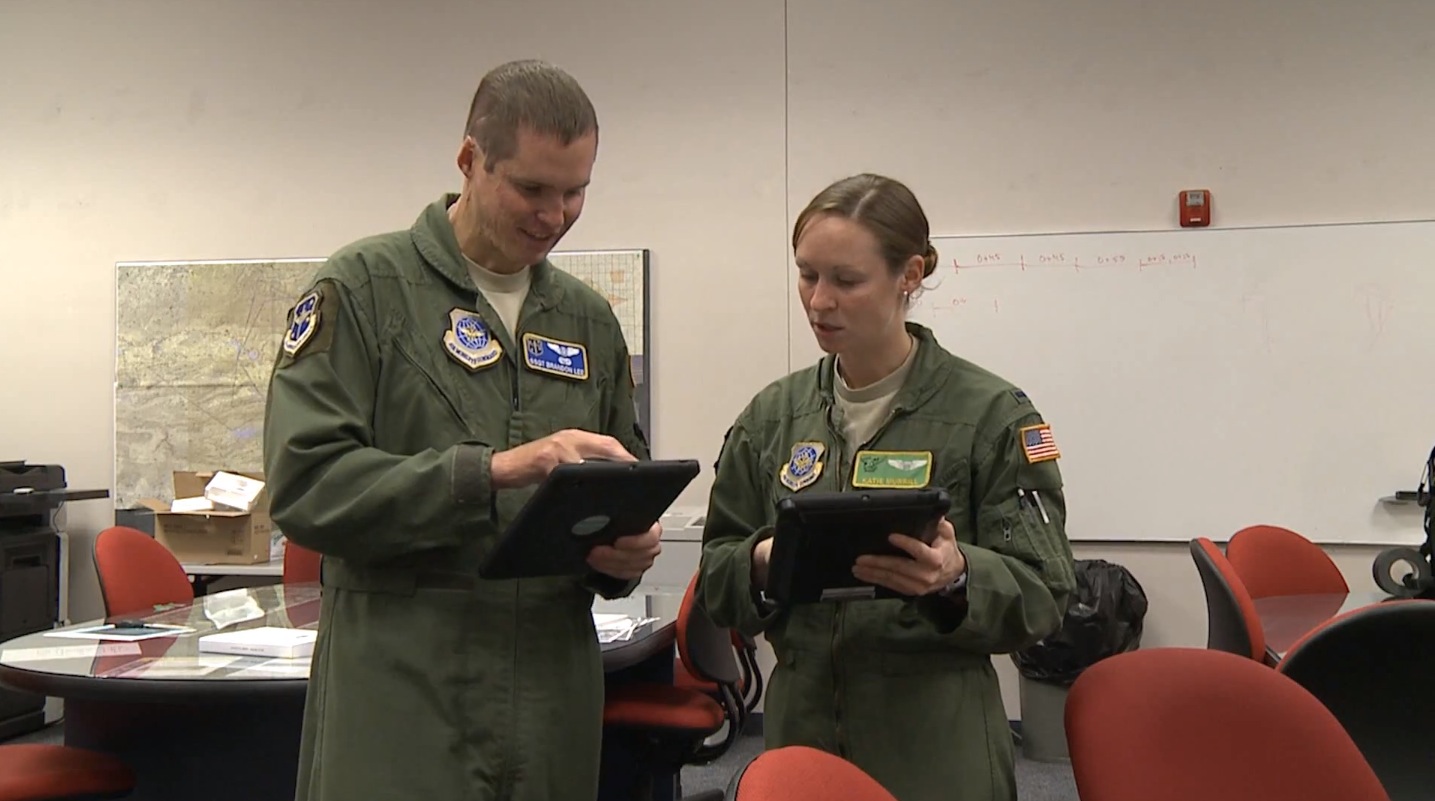 Taking a lesson learned by civilian airlines, the U.S. Air Force has purchased 18,000 iPads expected to save more than $50 million over the next decade. The move from bulky paper flight manuals to tablets should save nearly $6 million each year in fuel and printing costs.

In an interview, the airlift arm of the U.S. military said the switch to 32GB Wi-Fi Retina iPads as electronic flight bags would reduce aircraft weight by 90 pounds per aircraft – up to 490 pounds for huge C-5 transports. In 2012, American Airlines received FAA go-ahead to use iPads in the cockpit…

Around 16,000 of the purchased iPads are used by the Air Force Air Mobility Command.

The unit’s spokesperson told The Street the move is expected to save $5.7 million per year. The military could save “well over $50 million” over the next 10 years, Major Brian Moritz, who manages the AMC electronic flight bag program, told interviewer James Rogers.

“We’re saving about 90 pounds of paper per aircraft and limiting the need for each crew member to carry a 30 to 40 pound paper file,” Moritz said.

Friday, the Pentagon announced it has approved all Apple devices running iOS 6 for use on military networks. The decision means Apple can compete against Samsung and Blackberry for U.S. military contracts.

American Airlines, which made the switch to iPads in 2012, believes the move from paper to electronic flight bags should save the company millions in dollars. Another savings could be fewer pilots suffering back ailments caused by lugging the heavy flight bags loaded with charts and cockpit manuals.