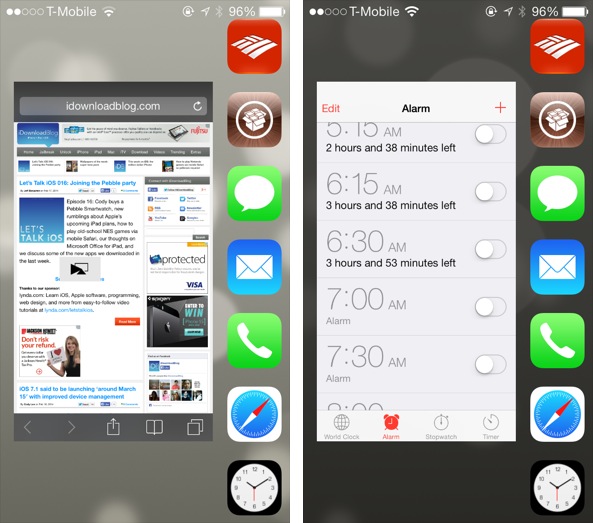 RocketLauncher is an upcoming jailbreak tweak from @busheman, which allows you to view previews of your running apps, and launch those apps directly from the convenience of the iOS Lock screen. The tweak, which will be available in the near future on Cydia’s ModMyi repo, is accessible by tapping and holding any area of the Lock screen.

Folks, this is one of the more promising upcoming tweaks that I’ve seen in a while. Have a look at our full video walkthrough to see how RocketLauncher performs in action.

Once you install RocketLauncher, you setup its preferences by means of the stock Settings app. RocketLauncher’s settings consists of your basic kill-switch, along with several toggles to adjust the tweak’s looks. You’ll find a disable blur and disable tint section to change the look of the Lock screen background on tweak invocation. 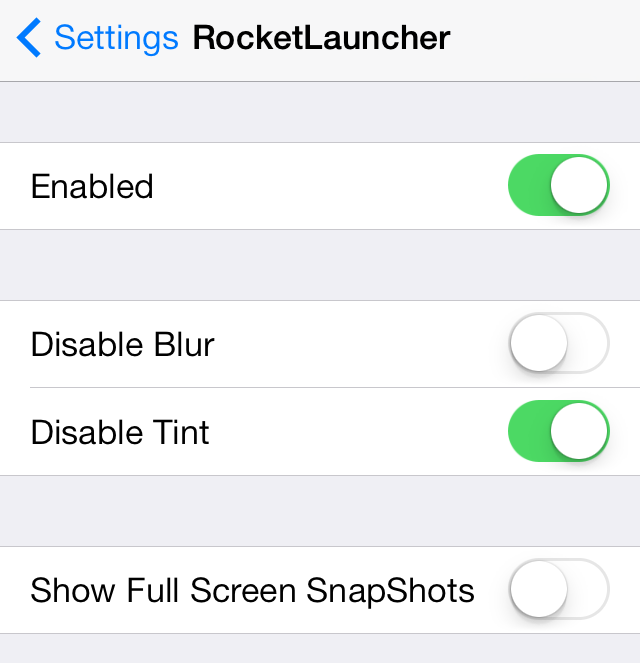 Sliding your finger up or down on the Lock screen will switch between the apps displayed. As you slide your finger, the app previews will change depending on your finger’s location. Releasing your finger will launch the app that you’re currently selecting. If you have a passcode lock on your device, you’ll need to enter your passcode before the app will successfully launch. 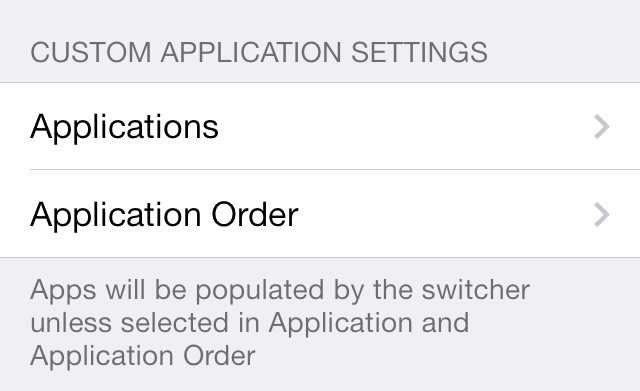 You might be wondering how apps are selected to be shown on the Lock screen in the first place, given that there are only seven slots available for apps to populate. By default, RocketLauncher will populate the apps based on the order of the apps in the app switcher. If you’d prefer to manually configure the apps and the order that they appear in, there is an option for manually selecting the apps.

RocketLauncher is a good tweak that brings additional functionality to your Lock screen. The best thing about it is that it can be easily operated with one hand, and it’s totally customizable. Be on the lookout for RocketLauncher. As stated above, it should be hitting Cydia’s ModMyi repo in the very near future for a buck.

Let me know what you think about RocketLauncher in the comment section down below.