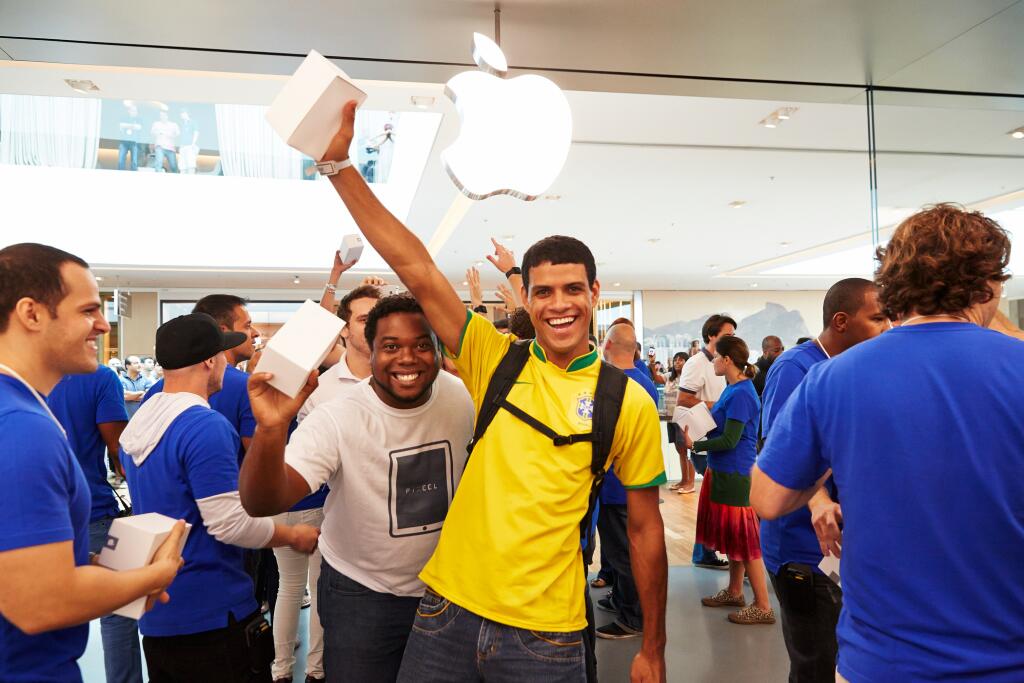 Brazil is the most expensive place to buy an iPhone 5s: the entry-level 16GB model is selling for 2,799 Brazilian reals, or about $1,175, compared to $649 in the United States. But that didn’t stop large crowds from gathering for the opening of the company’s first retail outlet in the region.

The new store, located in the popular Village Mall in Barra de Tijuaca, Rio de Janeiro’s popular suburb, has attracted about 1,700 people Sunday, according to media reports. Apple’s official presence in the region conveniently comes in advance of the FIFA World Cup and the 2016 Olympics…

The Brazilian newspaper The Globe reported that about 1,500 people attended the opening while The Los Angeles Times and Sky News reckoned there were as much as 1,700 fans at grand opening. 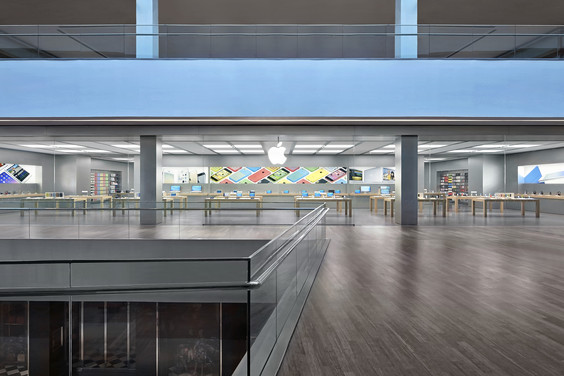 I didn’t put the FIFA and 2016 Olympics mention above the fold just for the sake of SEO completeness. According to finance boss Peter Oppenheimer who spoke with a local news outlet by telephone, Apple expects to benefit from these events:

Rio is an amazing city. And we want the store running for the FIFA World Cup and the Olympics in 2016.

Obrigado’ to everyone who visited our new store in Rio de Janeiro today and to our terrific customers across Brazil!

Philip Elmer-DeWitt of Fortune has a nice video up showing crowds gathering in Rio.

Brazil’s population has grown to about 200 million people.

Latin America – and Brazil in particular – is also one of the emerging markets and BRIC territories (BRIC is an acronym for Brazil, Russia, India and China) where Apple expects the bulk of its growth to come in the coming years.

Apple’s products sold in Brazil command one of the highest price points of any country due to the country’s notoriously prohibitive import taxes on products made elsewhere.

According to Bloomberg, this makes Brazil the most expensive place in the world to buy an iPhone 5s:

The price of the iPhone 5s in Brazil, offered by authorized resellers, has jumped 17 percent since September on Apple’s website.

Brazil is also home to Foxconn’s assembly plants where some iPhone and iPad devices are being assembled.

The contract manufacturer is expected to start churning out iPhones in Brazil soon and when it does, the handset shouldn’t be subject to import taxes so Brazilian fans can expect to see some substantial price cuts on Apple gear.

Despite exorbitant iPhone prices, the handset is popular among the locals despite Apple’s single-digit market share in Brazil, one of the world’s fastest-growing smartphone markets. Last December, Apple’s iTunes opened for business in Brazil and other Latin America territories.