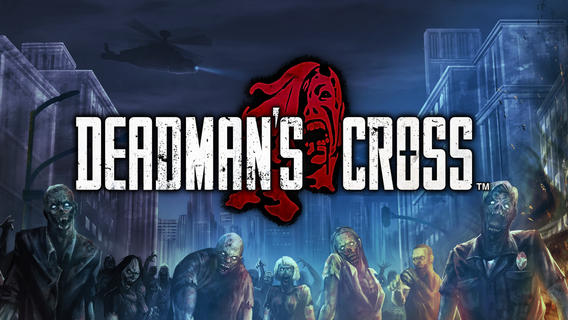 Square Enix, the studio behind the Final Fantasy franchise and several other hit games, has released a new title in the App Store this morning. It’s called ‘Deadman’s Cross,’ and it’s a zombie-themed card battle RPG for the iPhone and iPad.

The game comes from the same team that brought you the uber-successful RPG ‘Guardian Cross,’ and promises to deliver similar addictive gameplay. It takes place sixteen years in the future, where a virus has caused a zombie apocalypse… 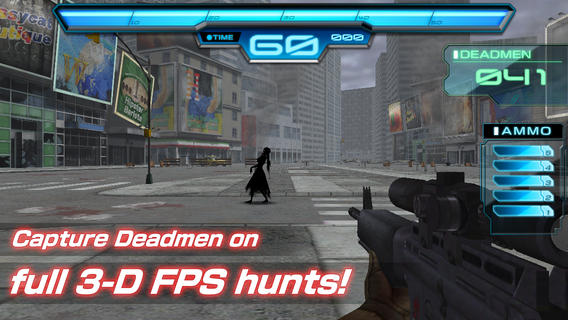 Here’s a little background on the game’s storyline:

In June of 2030, the United States of America declared a nationwide state of martial law. But in the three months that have passed since then, both the government and media have fallen silent. All that can be heard now from the confines of your apartment are bloodcurdling screams, often followed by the echoes of gunfire and distant moans.

You find yourself no longer able to obey the federal order to remain indoors. Driven by hunger, gripped by fear, and armed with your rifle, you unbar the door and step out into the unknown.

And here are a few of the game’s notable features:

3-D FPS Hunts
The cemetery. The casino. The downtown district. It’s open season on zombies all over town. Head out armed with your sniper rifle and an arsenal of other weapons to hunt down the dead. But be careful—they’re hunting you, too!

Card-Based Battles
Braindead Broadcasting proudly presents the Deadman Duels—a television program that pits one zombie horde against another in a gruesome fight to the undeath. Visit the Boneyard and go head-to-head against other players from around the world to climb the global ranks.

Taking on Jobs
Needy clients from all over New Livingston post jobs at an underground bar called the Last Drop. Take on work from a dazzling damsel in distress, a troubled priest, an ambitious circus master, a hard-core gamer, zealous zombie rights activists, and more, and watch their unique stories unfold.

Clan Events
Vigilante groups organize willing survivors in an effort to combat the spreading zombie infestation. Work together with other members of your clan to fulfill large-scale mission objectives and earn rewards scaled to your personal contribution.

And finally, some gameplay footage via TouchGamePlay:

Admittedly, card battle games aren’t really my cup-of-tea, but if you’re into this kind of thing, Square Enix is one of the best in the business. The only caveat I see here is that it’s a free-to-play title, and it looks to be aggressively pushing IAPs.

At any rate, if you want to check out Deadman’s Cross, you can find it in the App Store for free.