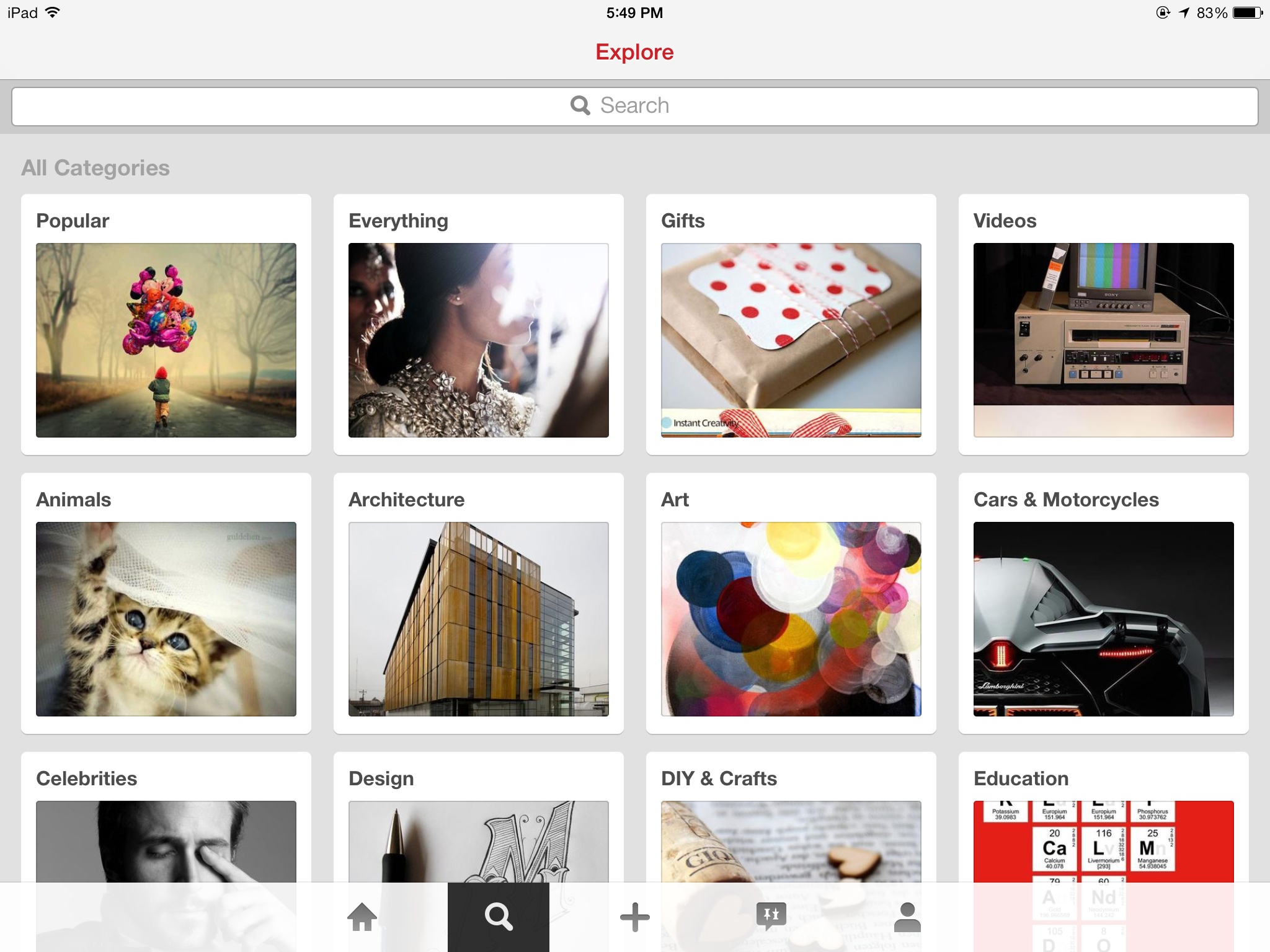 Pinterest, the popular social scrapbooking site, updated its iOS client today, bringing the app to version 3.4. The change log for the update only says “we just made Pinterest a little better for you,” but the company’s blog says they’ve added GIF support.

Users can now pin GIFs directly to their pinboards, which will show up in feeds (on the web, or within the mobile app) with a small play button. GIFs can then be played via mobile, shared to other social networks and of course repinned across platforms…

“At our last Make-a-thon, a small team, including another engineer, designer, and localization manager, brought animated GIFs to Pinterest. After building the product over night, we quickly launched on web, and worked on mobile in parallel. Starting today, GIFs are available to everyone on Android and iOS!”

This is a huge deal, in my opinion, as it adds a whole new dimension to the site. GIFs come in all different flavors including sports replays, hilarious memes, movie scenes and more. I imagine how-to pinners could even use this for short demonstrations.

The iPad version of the app was also updated, with support for the new ‘Place Pins’ feature which was added to the iPhone client in November. If you want to check it out for yourself, you can find the new edition of the Pinterest app in the App Store for free.