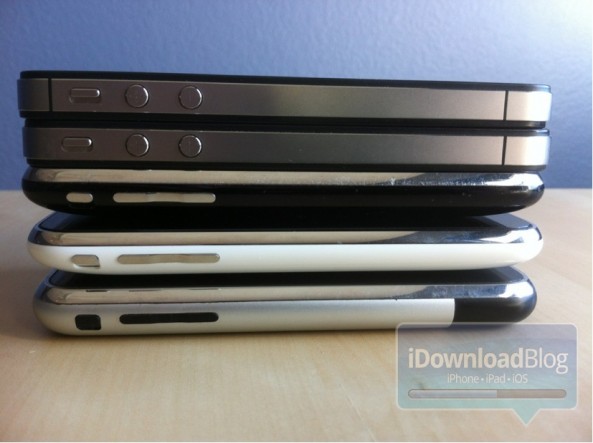 I have a ritual I go through every time I purchase a new iPhone, which lately has been once per year. I hunt down my original box and accessories, and prepare my old handset to be sold on eBay as soon as my new one arrives. And I thought this was a common practice.

But according to the “Mobile Mountain Study” conducted by research group OnePoll, for resale site SellCell, almost half of the consumers who buy a new smartphone are holding on to their older device instead of opting to recycle or sell it in the used handset market…

These unused phones, SellCell says, are worth almost $47 billion, and it estimates that older iPhone models account for approximately $13.4 billion of that total. Here’s a breakdown of the most popular traded-in cellphones in the US, sorted by brand, model and resale value: 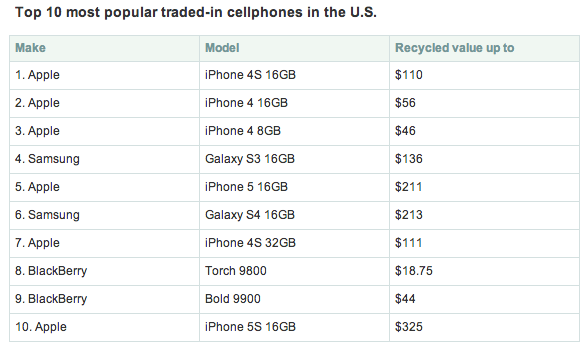 And MarketWatch has more stats from the survey (via MacRumors):

“Of those who haven’t sold or traded in their old phones, 20% say they gave them away to a family member, friend or partner, 12% say they gave them to a charity, and 9% say they threw them in the trash, the survey found. Women are more likely to give their old phones to a family member or friend (22.5%) than men (18%). Security is less of a concern: Only 18% had concerns about personal data on their old phones versus 23% a year ago. So why are Americans hoarding old phones? Some 17% of smartphone owners say they were “too lazy” to get rid of them. However, nearly 40% of smartphone owners also say they hang on to old models so that they have a spare, while 36% say they “don’t know what else to do with them.”

Reselling handsets has become a particularly lucrative business in recent years, as more people move to smartphones and companies look for ways to drive down prices of phones in emerging markets. Apple is even getting in on the action with its Reuse and Recycling program.

So the question is: do you keep or sell your old iPhones?