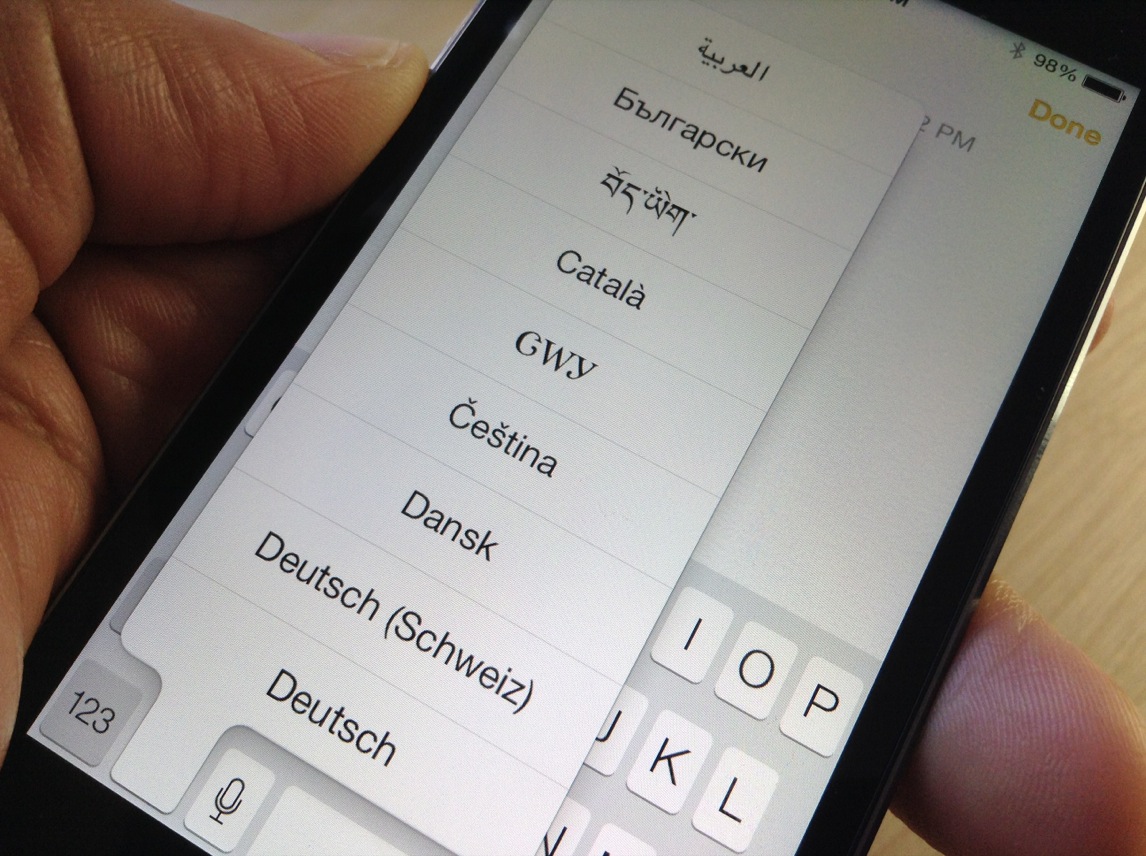 AnyBoard is a brand new tweak available free of charge on Cydia’s BigBoss repo. It allows you to quickly switch between any of the installed keyboards on iOS using a tap and hold gesture on the globe icon to the right of the ‘123’ key.

Unlike the stock keyboard options, AnyBoard doesn’t just allow you to switch to the keyboards you have enabled in your device’s keyboard settings, but you can switch between any available keyboard in an instant. Watch our full video walkthrough after the break to see how it works in action.

The great thing about AnyBoard is that the functionality it adds doesn’t interfere with the alternate keyboards you have enabled via the keyboard settings. In other words, you can still perform a simple tap gesture on the globe icon to switch between your enabled keyboards.

In order to use AnyBoard, you will need to have at least one secondary keyboard setup via Settings > General > Keyboard > Keyboards. You must do this, because that’s the only way that the globe icon—the icon needed to invoke AnyBoard—will appear on your keyboard. Other than that, there are no other options to setup or configure.

While it’s true that most people won’t have a need to switch between a gazillion different keyboards on the fly, it’s an impressive tweak for those who do. As stated above, AnyBoard is available right now on the BigBoss repo, and it’s completely free.