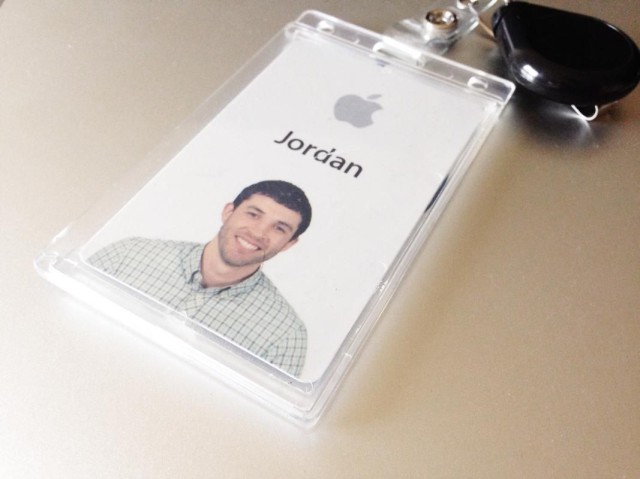 From the outside, Apple seems like the perfect place to work. After all, who wouldn’t want to be a part of one of the most renown companies in the world, transforming industries and creating revolutionary products? Sounds like the perfect job, right? Not according to Jordan Price.

Price, a former mobile designer at Apple, has caused quite the commotion these last few days with a blog post entitled “I wanted to work at Apple really bad, and now not so much.” And in it, he describes how his dream job in Cupertino became so unbearable he felt he had to quit…

The whole post is worth reading, just so you get the complete context, but we’ve highlighted a few notable excerpts below:

“Then I started. I immediately was uneasy about the rigid hours and long commute, but at least I could be one of those notorious tech people whizzing to and from San Francisco on a private bus with wifi (I’m especially intrigued by the bus thing because I grew up in San Francisco and have seen the cultural and economic shift that’s resulted from this tech boom and the last. Now ironically I was one of the techies who some people think is ruining the city.) I hardly (hardly meaning never) saw my daughter during the week because the hours were so inflexible. I had also taken a substantial pay cut, but I figured I was making a long-term career investment by working for such a prestigious company.

On boarding was super bumpy, and they had so many passwords, accounts, and logins that it took nearly a month just for me to get on the server. There were meetings all the time which were disruptive to everyone’s productivity, but they seemed to be a necessary evil in a company that’s so large with such high-quality products. It was all a bit bothersome, but nothing that would be a big problem in the long-term I thought.

Then my immediate boss (known at Apple as a producer), who had a habit of making personal insults shrouded as jokes to anyone below him, started making direct and indirect insults to me. He started reminding me that my contract wouldn’t be renewed if I did or didn’t do certain things. He would hover over my back (literally) like a boss out of Dilbert and press me to finish some mundane design task that he felt urgently needed to be examined. He was democratic about his patronizing and rude comments, but it didn’t make me feel any better when he directed them towards my team members. I felt more like I was a teenager working at a crappy retail job than a professional working at one of the greatest tech companies in the world.”

These issues that Price highlights are in no way specific to Apple—people quit their jobs every day due to long hours and overbearing bosses. But obviously his experience is noteworthy because it was at Apple, which has been publicly struggling in recent years to retain top talent.

Obviously Price went on to quit, hence the post, but he did say he enjoyed working with “world-class designers” on “world-class products,” and that his co-workers had better eyes for design than he had ever encountered. It just sounds like the above problems got to be too much.

It’s worth noting that popular career website Glassdoor still ranks Apple #35 in the top 50 places to work, so Price’s experience should be treated as the exception, not the norm. Also, a quick look at some of Apple’s recent hires shows it has no problem pulling in high-profile recruits.