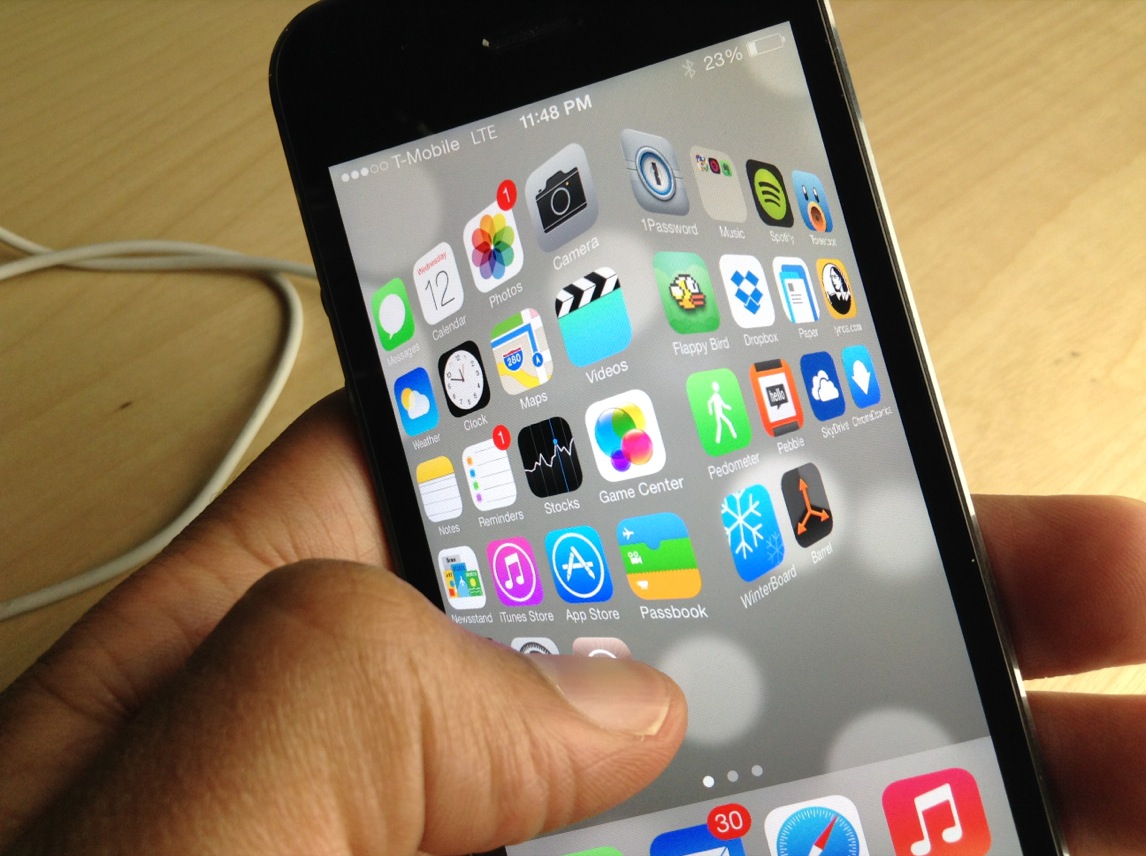 I’ve always thought of Barrel as one of the flagship jailbreak tweaks that define why jailbreaking is so cool. I was vindicated in my reasoning when Saurik admitted to using Barrel on his own device.

Barrel, as you know, is the jailbreak tweak that allows you to have crazy app icon animations on your Home screen whenever you swipe between pages. It’s a legendary tweak, and it’s been updated for iOS 7.

In my opinion, no jailbreak tweak has ever really come close to challenging Barrel’s feature-set and ease of use, and that remains the case to this day. But there is one interesting jailbreak tweak from developer Reed Weichler that you should definitely keep your eye on. The tweak is called Cylinder, and while it doesn’t (yet) have all of the animations contained in Barrel, it does a good job at allowing for similar effects.

The big difference between Barrel and Cylinder is that anyone can add animation effects to Cylinder by means of a well-placed Lua script. Lua is a lightweight and powerful scripting language, which means it takes relatively few lines of code to create a proper animation for Cylinder.

The really awesome thing about making Cylinder animations is that the necessary code doesn’t require OS X, Xcode, or any of the like. In fact, you can write an entire Cylinder animation from scratch using a simple text editor. Once the script is completed, just upload, and select the name of the animation in the tweak’s preferences. You don’t even need to respring! 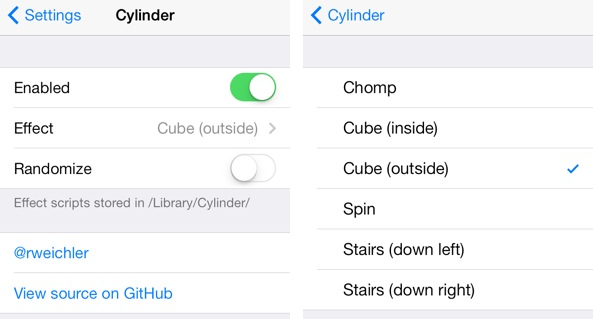 Once you install Cylinder, you’ll need to head to the stock Settings app where you’ll find a preference panel for the tweak. Inside the Cylinder’s preferences, you’ll notice six built-in effects like Chomp, Cube, and Spin. The built in animations are good, and you’ll instantly see why Reed dubbed it as being a Barrel clone.

But Reed also notes that the effects performed by Cylinder look superior to some of those performed by Barrel, and he uses the Cube animation as an example. After comparing each animation side-by-side, I have to agree, at least when it comes to the cube animation. 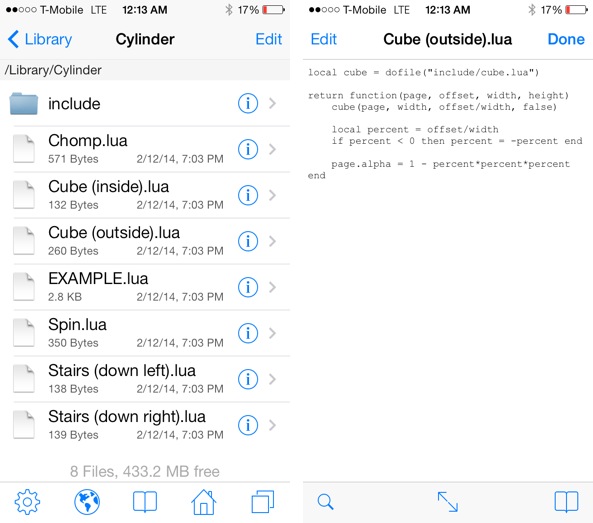 The minimal lua scripts that create the animations found in Cylinder

Even better is the fact that Cylinder is free to try right now. Simply add the the beta repo to your Cydia sources in order to download his release. The repo address is as follows: http://r333d.com/repo. For more information about Cylinder, hit up his thread on /r/jailbreak.

It’s going to be really awesome to see what type of animations that the community comes up with. I can see Cylinder really taking off due to its easy-to-use and open nature. What do you think?