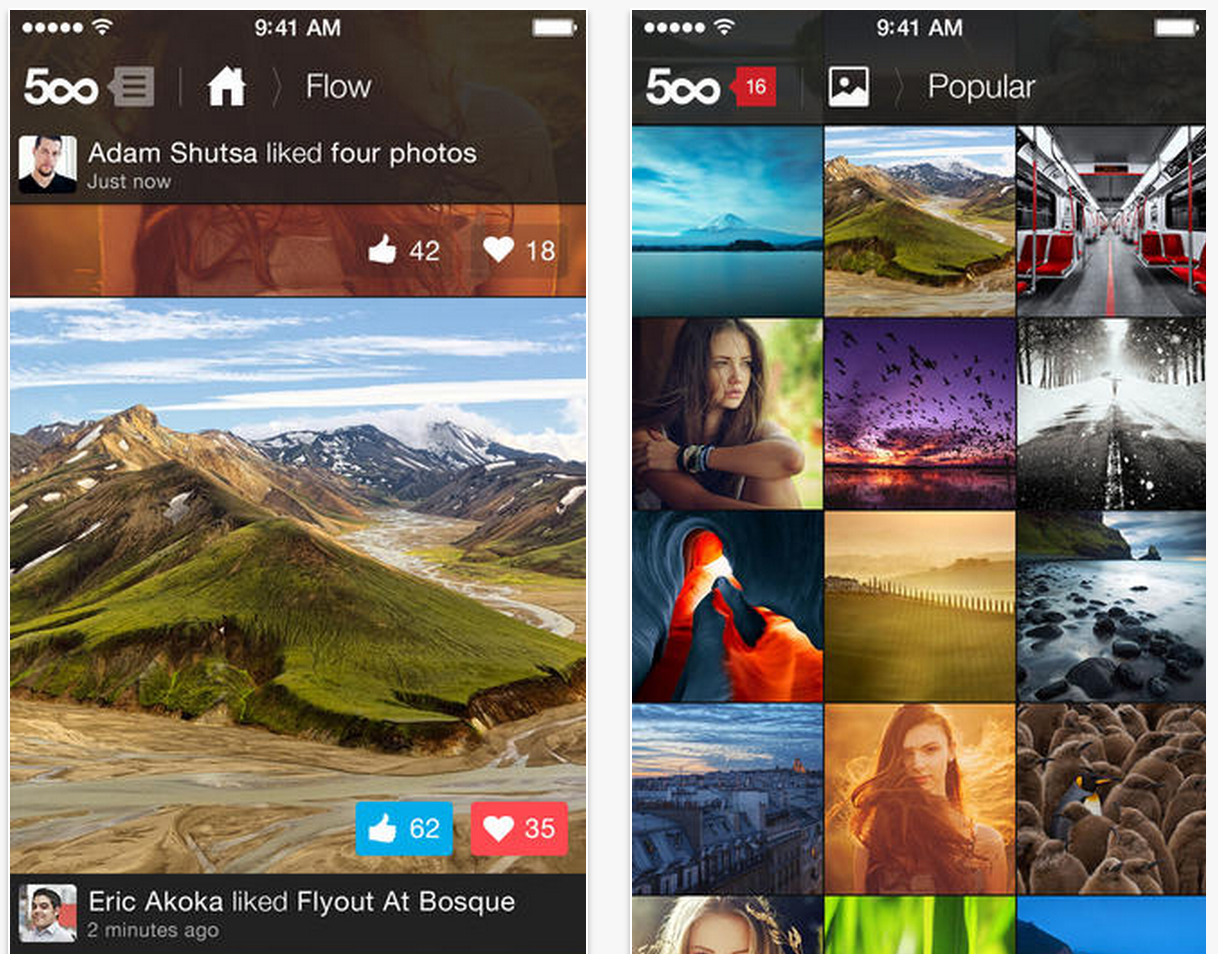 500px users will be happy to hear that the photo-sharing service has updated its iOS client today, bringing the app to version 2.5. The update only includes one feature, but it’s a huge one: you can now use the mobile app to upload photos.

Up until now, you could only upload photos to 500px via the web—a major gripe with current users and big barrier-to-entry for potential users in an Instagram-era where most people take, edit and upload photos on their mobile devices…

From the announcement on the official 500px blog:

“We’re particularly excited about what 2.5 means for the convenience of uploading photos from your camera to 500px on the go. There are so many photographers who have asked for a simpler way to upload photos to the 500px platform while they’re out and about. Maybe you’re crouching in the middle of the forest for two hours waiting for that cricket to jump just right, maybe watching the sun go down and waiting to capture our enthralling Milky Way, or maybe on a beach vacation with your loved ones – you can now share your work with the 500px community wherever you are.”

The site also offers a step-by-step tutorial on how to get your photos from your DSLR to your iOS device, but you can also take and upload photos with your phone. It sounds like it’d rather the former, though, to maintain the site’s “image quality.”

This is easily the largest update to the 500px app since it first launched back in 2012, bringing the app more in line with the Flickrs and the Instagrams. I recommend checking it out by grabbing the iPhone/iPad app from the App Store for free.