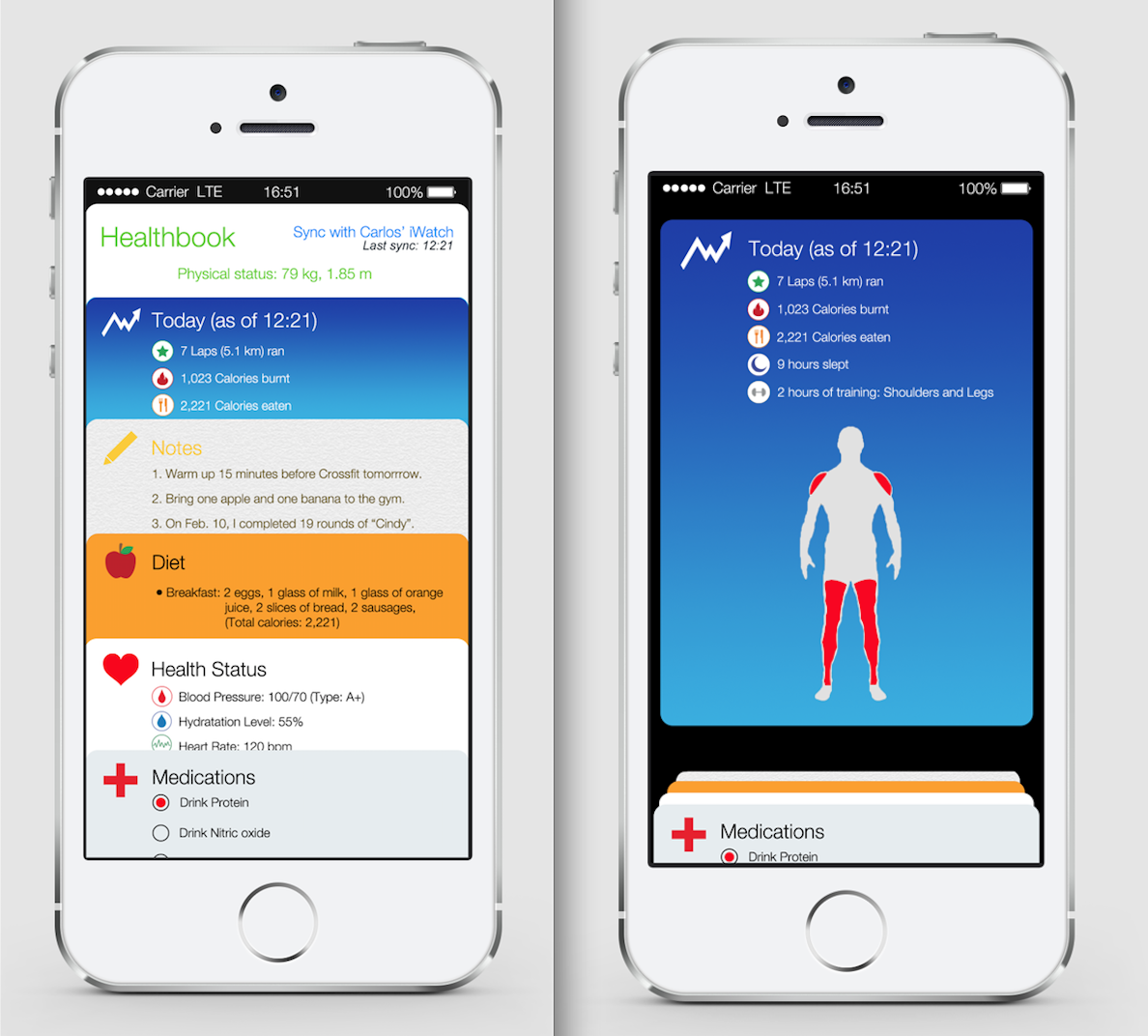 A couple of mockup images surfaced on the web today, hoping to visualize what Apple’s rumored health-tracking app could look like. A January report from 9to5Mac said that the app, codenamed ‘Healthbook,’ would gather health and fitness data from iWatch and launch alongside iOS 8.

In its current state, the Healthbook app is said to resemble the UI of Apple’s Passbook application, with various cards offering health and fitness data points. This is what designer Carlos Quijano based his concept on, and according to those with knowledge of the app, it’s vaguely accurate…

“According to sources, the mockups are “vaguely” the right idea. Of course, Apple is likely testing multiple different user-interfaces for this software, and since we are several months out from an official introduction, things can and likely will change (even drastically)…”

In addition to commenting on the mockups, Gurman also reiterated some information from his sources on both the Healthbook app and the iWatch to refute a recent report from MobiHealthNews that aimed to temper expectations regarding Apple’s smartwatch and plans for mobile health.

Gurman remains confident, despite the MobiHealthNews story, that the Healthbook app (paired with the iWatch) will be able to read glucose-related data and track hydration. He’s careful to note, though, that a lot can change in functionality and design between now and the public release.

Speaking of, the Healthbook application is expected to appear alongside iOS 8 at WWDC June—when Apple typically shows off new versions of its mobile operating system. As for the so-called iWatch, however, we’ve yet to hear a launch timeframe more than the vague ‘late’ or ‘end of’ 2014.