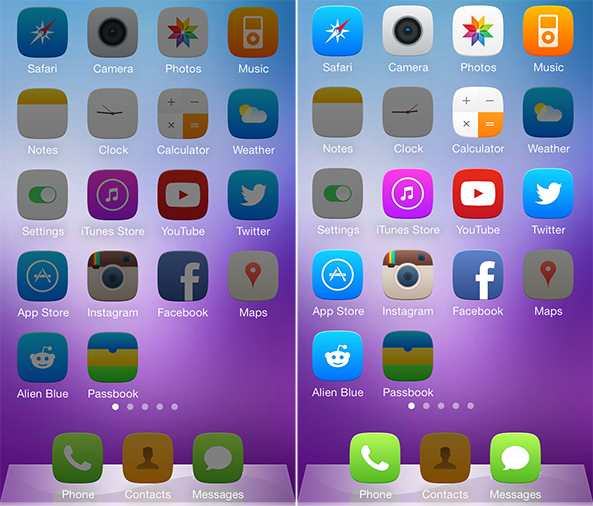 While multiple user account support exists on OS X and certain Android devices, the same cannot be said for iPhone. Enter GuestMode, a new jailbreak tweak by computer science graduate student Ian Burns that offers a fully customizable guest experience like none other.

Allow your kids to play games on your smartphone without accidentally calling someone, or let your friends control your music without lurking through your Facebook or Photos app. Find out how it works…

GuestMode adds a dedicated menu to the Settings app with a main toggle switch for enabling the tweak, alongside a number of options to configure. There are several methods that can be enabled for entering guest mode from the Lock screen: tapping a guest button added to the passcode keypad, swiping to the left or right on the Lock screen, or assigning an Activator action or gesture. A passcode can also be set specifically for guest mode. 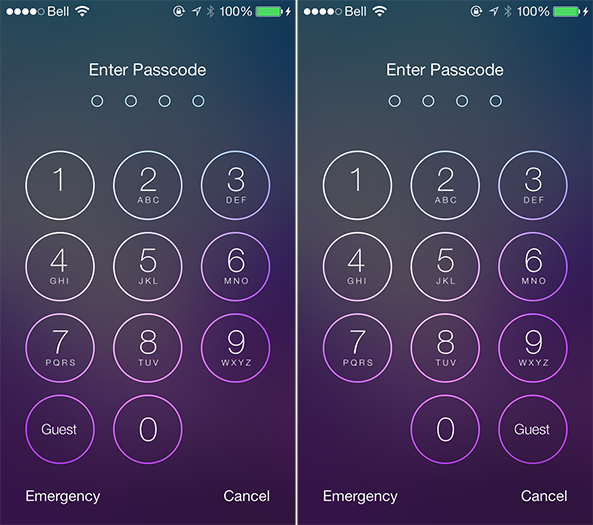 The guest mode experience is highly tailored based on the restrictions that you set. You can choose which apps to enable, and control access to the Camera, Control Center, Notification Center, Siri, Spotlight, Newsstand, phone dialer and app switcher. Apps that are blocked off will appear greyed out on the Home screen, while elements like Control Center and Notification Center are hidden entirely.

Even though guest mode enhances the privacy of your device, it is not a full-stop solution. For instance, if the Photos app is enabled, a guest could still use the share sheet and gain partial access to Mail, Facebook, Twitter and so forth via that route. All activity carried out on guest mode is not isolated, either, meaning that all game saves or other changes apply to the entire device. But until Apple implements multiple user accounts as a stock feature, this tweak is probably the next best solution. 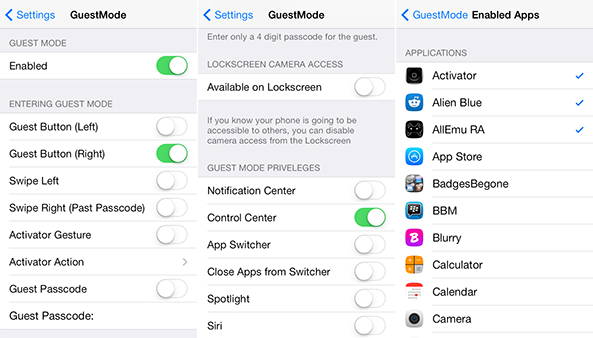 For the most part, GuestMode performed well on my iPhone. The only minor issue I experienced was the Newsstand icon still remaining greyed out when I unlocked my device outside of guest mode, which is something I resolved with a simple respring. Other users have noted a bug where the Phone app crashes when pressing the voicemail button, although I have not been able to duplicate the problem.

GuestMode is available now on the Cydia Store for 99 cents. iOS 7 or later is required.

Is guest mode for iPhone something you’ve been looking forward to?